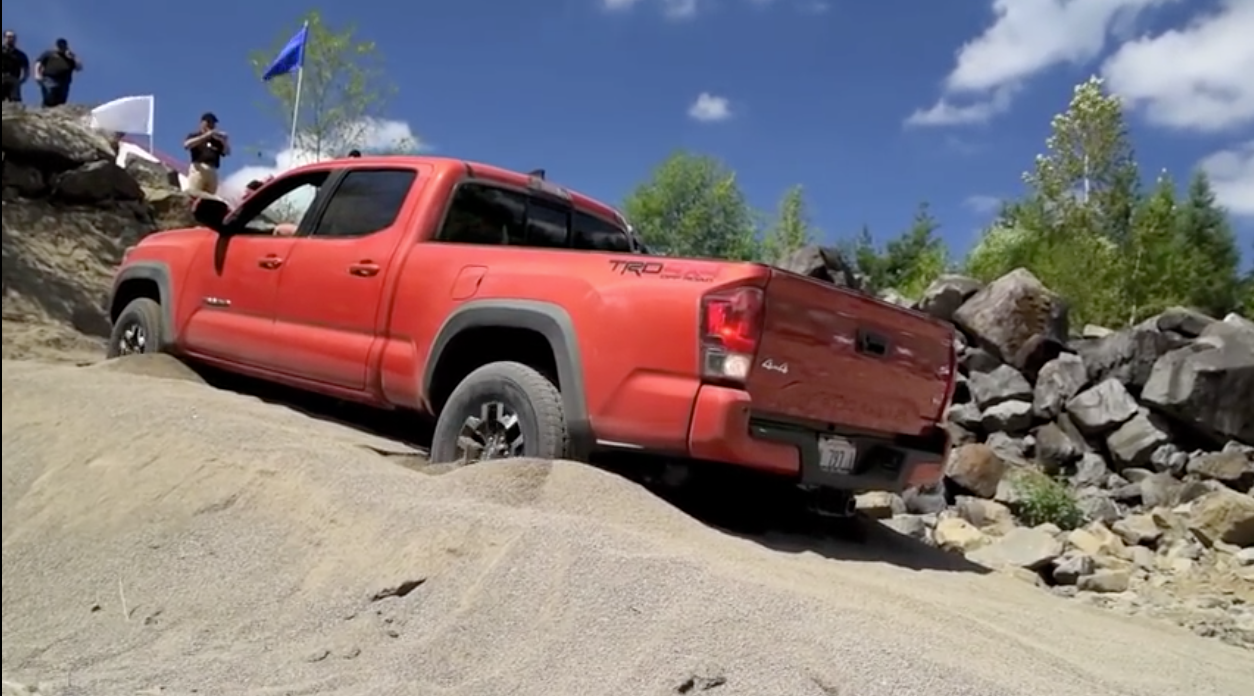 We recently got a bit of wheel time with Toyota’s latest Tacoma midsize and came away fairly impressed with the 2016 model, particularly as an answer to GM’s strong midsize push with the Chevy Colorado and GMC Canyon.

But the ‘WOW’ demo by far with this truck is a feature Toyota calls Crawl Control. In the video below you’ll the truck dig itself into what appears to be an impossible hole in loose sand, only to then rescue itself with the turn of a knob. As Toyota explained before the demo, the truck can sense which of its wheels are slipping on the terrain before carefully building up enough sand beneath the tires to climb out.