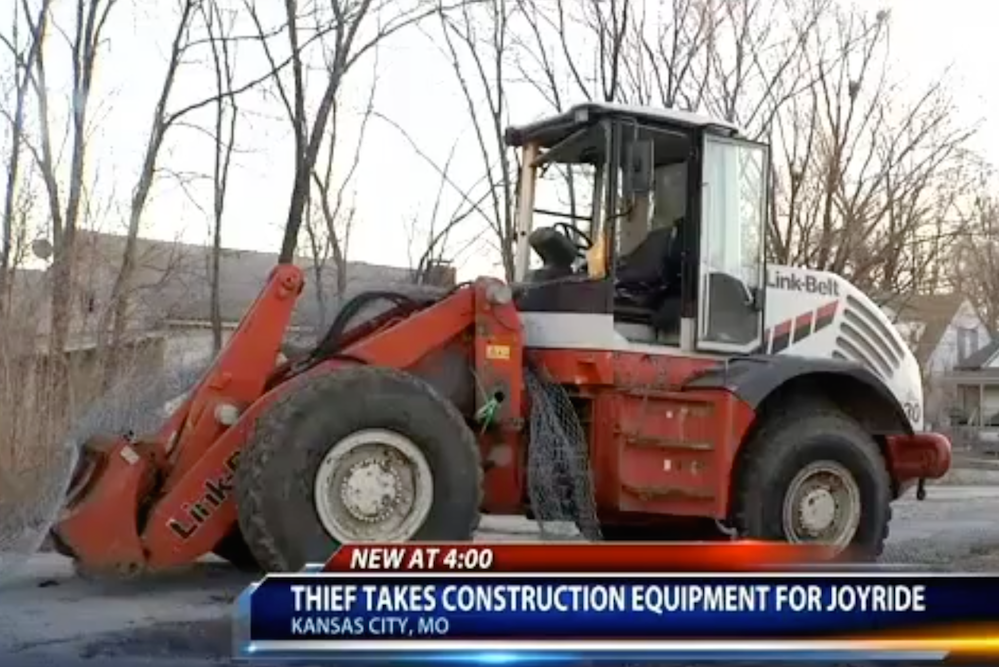 After stealing the machine from a Kansas City, Missouri, jobsite, a man went on a joyride through the surrounding neighborhood racking up thousands of dollars in property damage along the way.

According to a report from KCTV 5, the loader belonged to Britz Wrecking and was taken from the site around 5 a.m. Tuesday.

Along the way, the man tore down 200 feet of fence, hit a parked car and tore up a backyard before bailing. You can watch the surveillance video below.