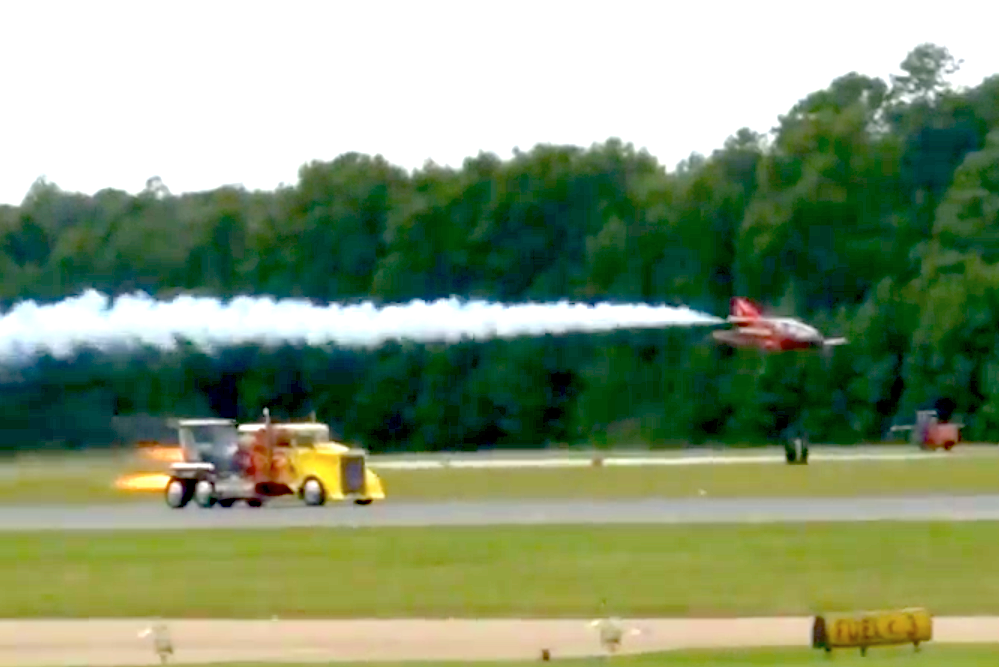 The spectacle below took place in September at the 2014 Naval Air Station Oceana Airshow in Virginia Beach. And if it’s any indication of just how good this airshow is, if you live within driving distance, you should probably make a point of going to see it in person.

For the first 7 or so minutes of the video, we see an FLS Microjet doing its thing. According to the folks at Jalopnik, these tiny, 416-pound planes are meant to be home-built. Hobbyist status aside, the diminutive jet can accelerate to about 320 miles per hour. Unfortunately that’s not enough to beat the semi truck that shows up for a race at about the 7 minute mark. According to How Stuff Works, the heavily-modified Peterbilt hauler is known as the Shockwave and it creates an incredible 36,000 horsepower thanks to its own set of three onboard jets.

If you want to skip forward to the actual race between the two, it gets started at the 10 minute mark. The jet gets off to a big early lead as it blows past the starting line at more than 300 miles per hour, but the Shockwave can accelerate to a top speed as fast as 376 miles per hour, something the microjet just can’t touch, as the video below bears out.