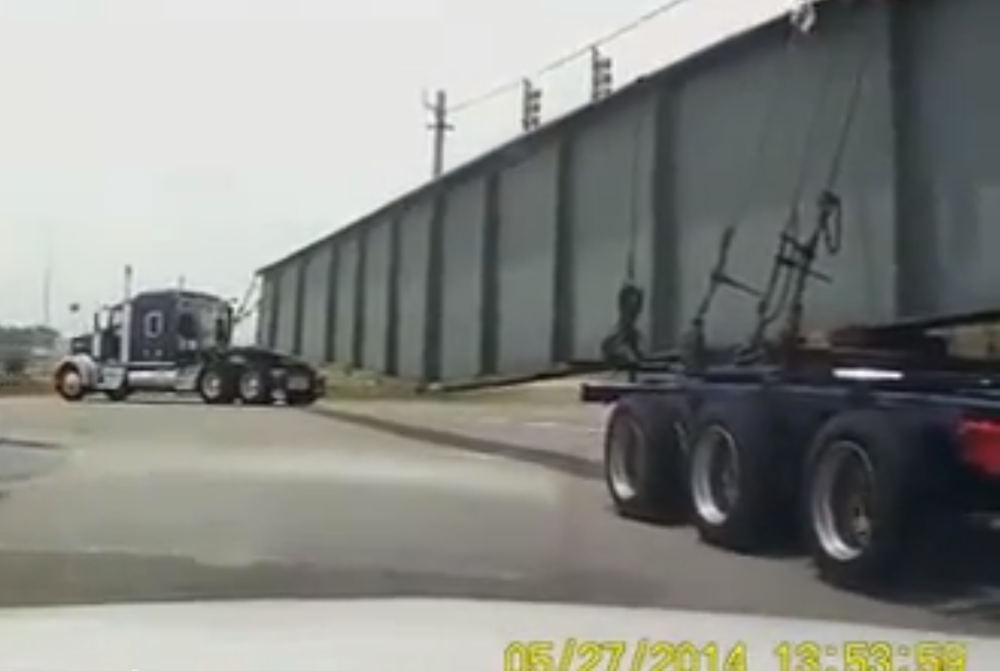 It’s a very fortunate thing that the closest third party to this accident was the guy who filmed the whole thing and that he was behind the trailer rather than next to it. There’s no indication where this took place, but a semi truck was hauling a massive steel beam to a jobsite somewhere when everything quickly went wrong. The truck takes a corner and shortly thereafter the trailer wanders left and then dog tracks to the right before colliding with a concrete guardrail. What happens next is pretty terrifying as the beam tips over jerking the truck with it. How could this have prevented? Sound off in the comments below.