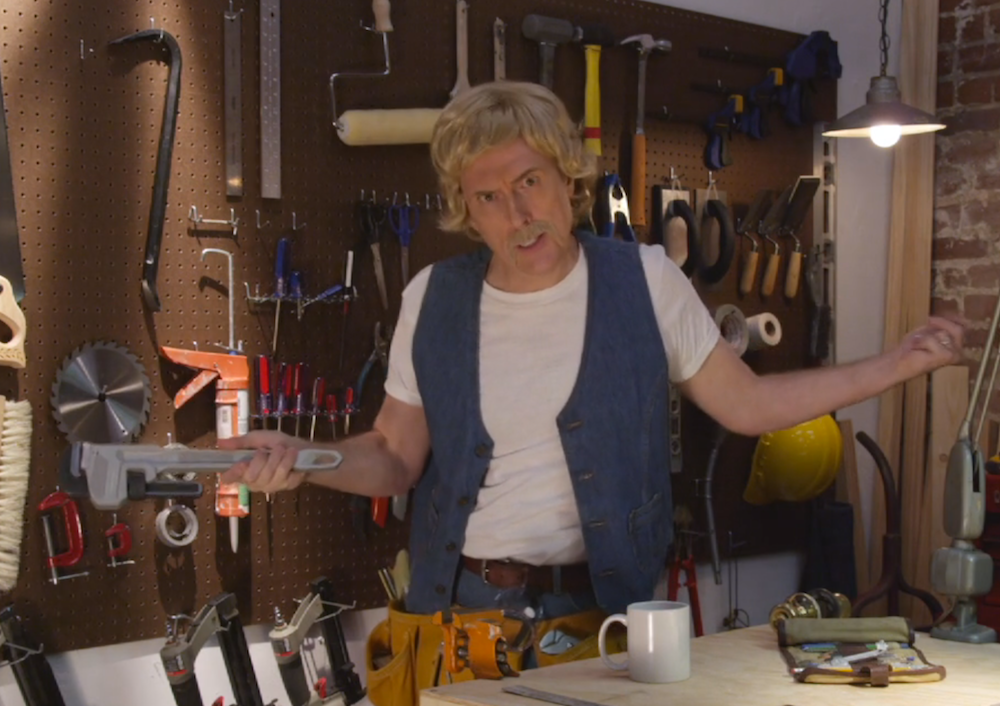 Earlier this week, musician “Weird Al” Yankovic, famous for his parodies of pop songs, released his 14th album called Mandatory Fun. Part of the album release has been Al’s ambitious project of releasing eight music videos for the album over eight days. Yesterday morning, Al released the video for the song “Handy,” a parody of the Iggy Azalea song “Fancy.” In the song, Al calls himself a “craftsman” and explains that “remodeling is my only passion.” Later he sings, “There is nothing in the world I can’t fix/I do tiles, I do stone, I do bricks.”

And did we mention he’s got “99 problems but a switch ‘aint one”? Watch the video and let us know what you think in the comments below.