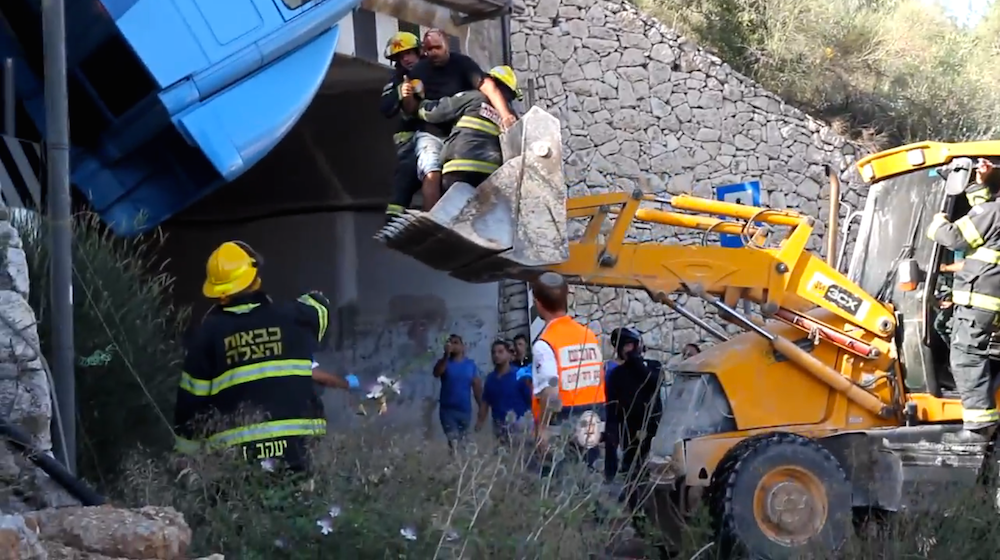 In Israel recently, firefighters and rescue personnel had to get creative when it came to rescuing a truck driver in a very precarious situation. After apparently losing control of his rig on a mountainside highway, the truck barreled down the slope until coming to rest, wedged between the hillside and a nook created by a tunnel below. Thankfully, the driver survived, but because the cab of the truck was dangling above the highway, rescuers had to go after him. The angle of the truck made a ladder rescue difficult, so, they brought in a backhoe to lift firefighters up to the driver, the bucket giving them ample room to pull the driver out and down to safety. Definitely one of the more unique situations we’ve seen the machine used for. Watch the video below.