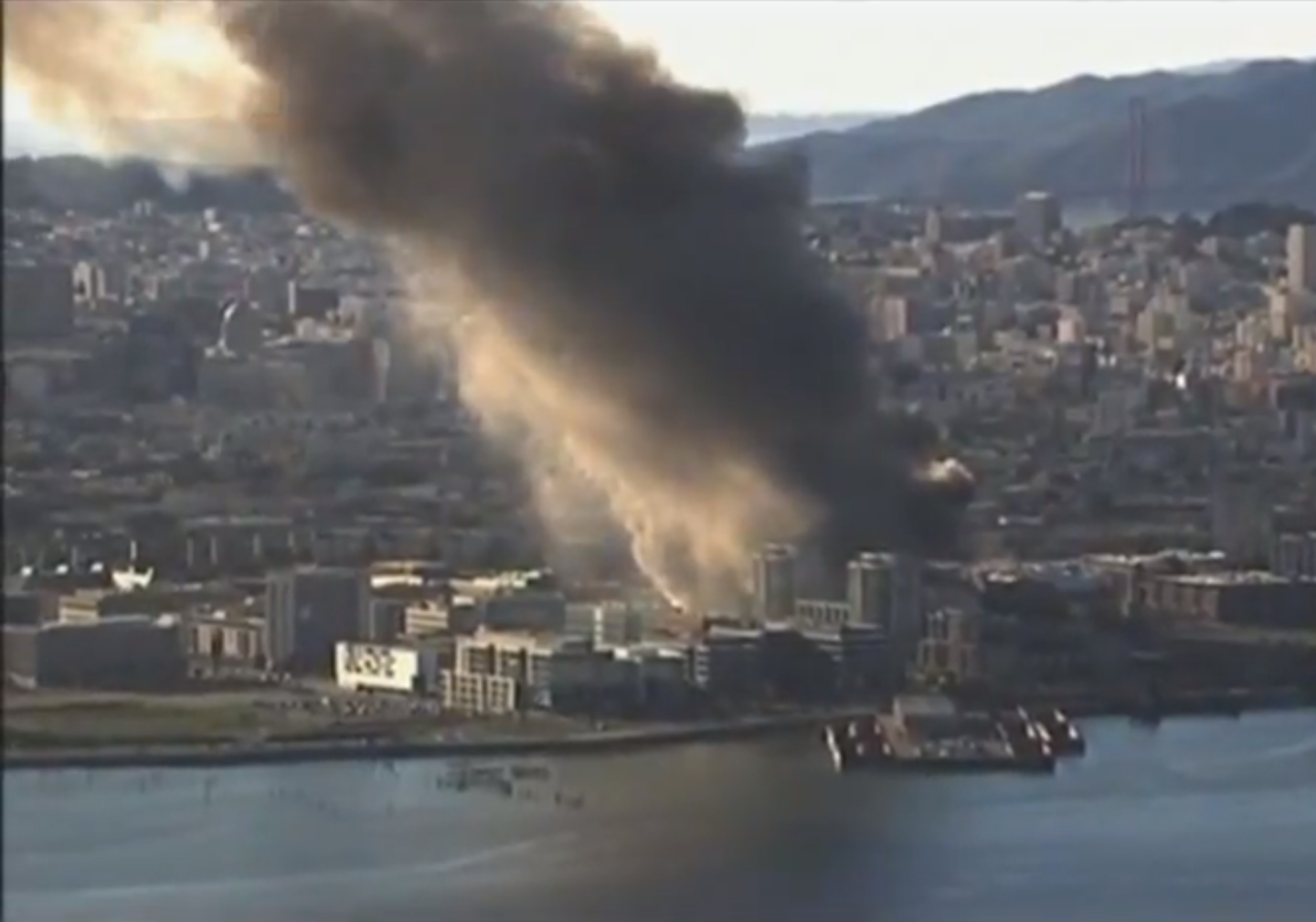 A six-story apartment complex under construction in San Francisco was engulfed in flames Tuesday afternoon and burned throughout the night, according to a report from the San Francsico Chronicle.

Fire Chief Joanne Hayes White said it was the largest fire the city has seen in several years. Huge plumes of smoke could be seen towering over the city as flames shot from the roof and windows of the unfinished structure. Fire Capt. Gary McNaughton said the core of the blaze looked "like a volcano." 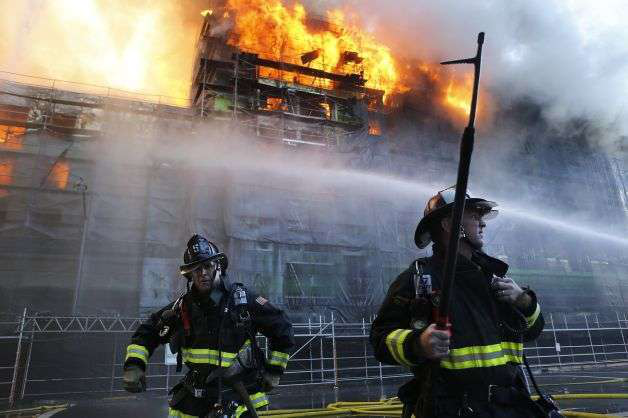 The blaze started around 5 p.m. and more than 150 firefighters fought the blaze into the early hours Wednesday morning using more than 90 trucks. Two firefighters were injured, one of them suffering second-degree burns to his face.

The five-alarm fire moved quickly but firefighters were able to prevent it from spreading to other buildings and residences in San Francisco’s Mission Bay neighborhood.

Work on the 360-unit apartment complex, located just south of the AT&T Park, began last year and was slated for completion later this year. Fire officials say the damage the building suffered in the blaze was likely too much and expect it to collapse.

Thankfully, most of the construction workers at the site had left about an hour before the blaze started and none were injured.

Carlos Tovar was operating a crane on another jobsite when he saw the blaze erupt. Even 228 feet in the air, Tovar told the Chronicle he could feel the heat from the flames.

The cause of the blaze has not yet been determined but investigators are looking into welding work that was going on before the fire started. Fire officials say that whatever sparked the fire had at least an hour to smolder and that because the building’s sprinkler system had not yet been installed, the fire was able to rapidly grow.