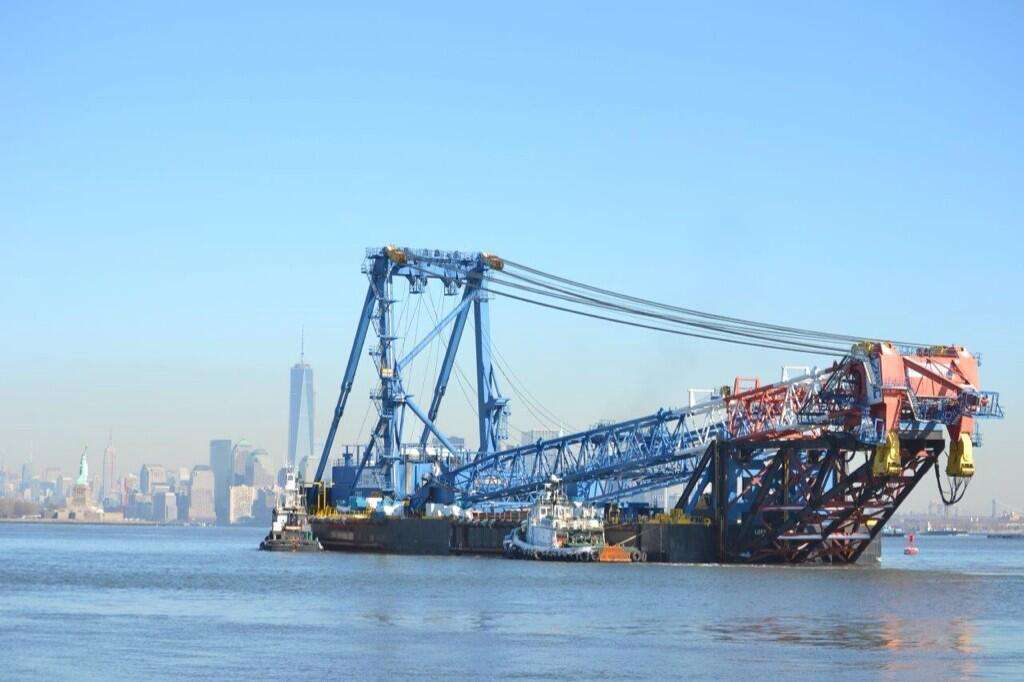 After more than a month and 6,000 miles of sea travel, the Left Coast Lifter floated into New York harbor last week to take on its new role as the “I Lift New York” super crane.

If that’s a bit confusing, it’s a matter of nicknames.

The giant floating crane in question was originally named the Left Coast Lifter as it was used in the construction of the new eastern span of San Francisco-Oakland Bay Bridge, according to a report from The Journal News. Now that it has journeyed from Pacific to Atlantic through the Panama Canal, the bridge has been re-nicknamed by workers and officials as the I Lift New York.

Regardless, the crane has settled into Jersey City port for the winter where workers will unfold its massive structure and make sure it is prepared to begin work on the new Tappan Zee bridge in the Spring as well as tearing down the old one.

The crane’s arm is 25 stories tall, is mounted on a 400-foot barge and can lift 1,750 metric tons. You can watch a video shot by The New York Times of its arrival below.