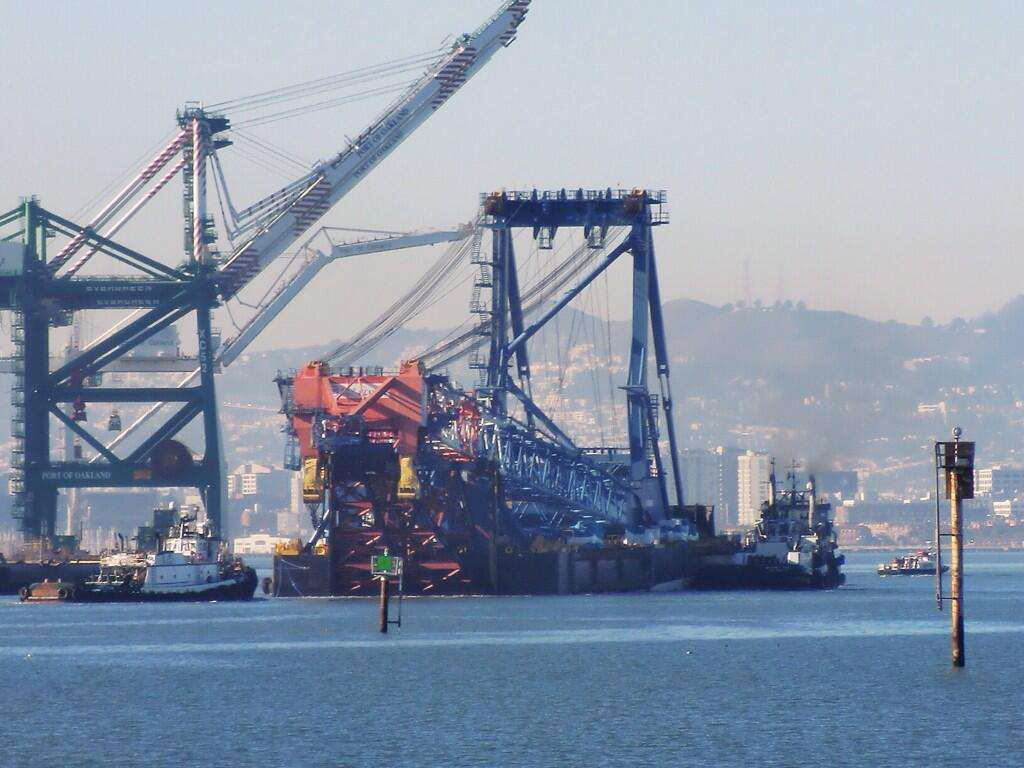 The Left Coast Lifter has left the building.

Or port, rather. Anyway, the massive floating crane, which will assist in the construction of the new Tappan Zee Bridge, recently left the Port of Oakland to embark on a 6,000-mile journey to New York Harbor, according to The Journal News of Westchester County, New York.

The crane’s arm is 25 stories tall and is mounted on a 400-foot barge. The massive machine can lift 1,750 metric tons and was custom-built for the San Francisco-Oakland Bay Bridge project that completed construction last year.

Once it’s done helping build the new bridge, the Left Coast Lifter will help in demolishing the existing Tappan Zee Bridge in 2017.

According to the paper, a tugboat crew will accompany the crane along the West Coast, “through the Panama Canal, across the Gulf of Mexico, up the East Coast” and finally through New York Harbor to the Tappan Zee, a natural expanse of the Hudson River.

In all, the journey should take about six or eight weeks. The journey and the project will be chronicled by the NewNYBridge.com website and the @NewNYBridge Twitter account.

And once the Left Coast Lifter gets to the Hudson, the state of New York is mulling over whether or not to allow the public to vote for a new name for the crane.