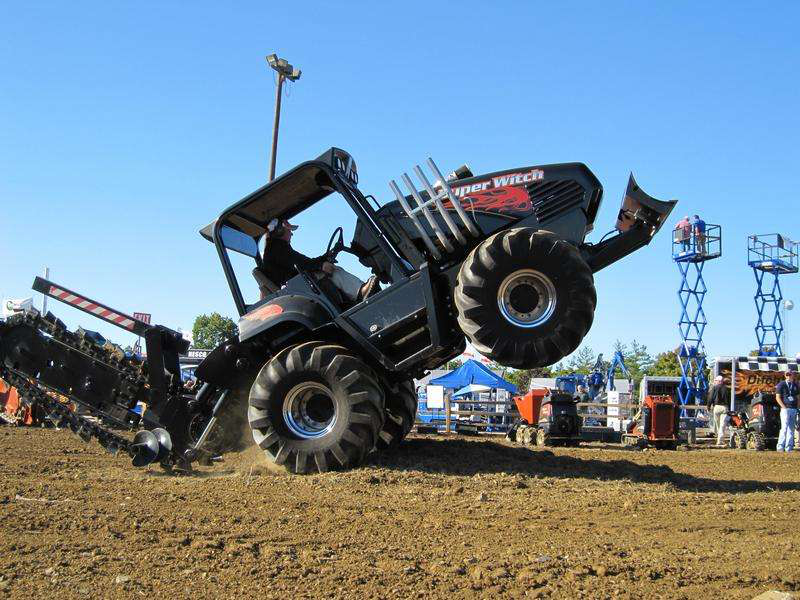 As it has done since 1978, Ditch Witch drew in the crowds at the ICUEE show in Louisville this year with its super-loud Franken-trencher known as Super Witch. Now on its fifth iteration of the hot rod trencher, Ditch Witch has modified its RT5 trencher with a 502-cubic-inch, 850 horsepower Chevrolet engine. As you’ll see in the video, the Super Witch is a bit of a wheelie master. Unfortunately we weren’t treated to its digging abilities, but Ditch Witch says it can trench 100 feet per minute.