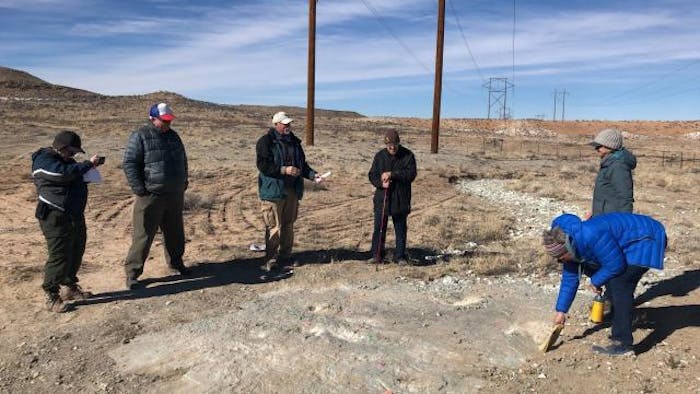 The paleontological assessment of the Mill Canyon Dinosaur Tracksite found that damage did occur during the preliminary stages of construction in late January 2022.
Courtesy Bureau of Land Management

A paleontological assessment of the Mill Canyon Dinosaur Tracksite in Utah has confirmed damage was done to the 112-million-year-old dinosaur footprints when a backhoe ran over the tracks after a construction project got underway in January.

The damage to the dinosaur tracks and traces appears to be minor, according to a report by regional paleontologist Brent Breithaupt of U.S. Department of Interior Bureau of Land Management Utah. The report also says the construction crew was not at fault because it was not properly informed of the restricted areas.

While overall damage was minimal, he says, had the project not been halted due to public outcry, greater damage would have occurred with any increased construction activities.

“The events that transpired in January at the Mill Canyon Dinosaur Tracksite are unfortunate and could have been avoided,” Breithaupt says.

Public outcry of the alleged damage led to national media attention. In its latest statement on the controversy, the BLM reiterated its commitment to protecting plant and animal fossils on the public lands.

“We have carefully reviewed the findings and recommendations in the Mill Canyon Dinosaur Tracksite Paleontological Assessment, which confirmed there was minor damage to some dinosaur footprints, primarily north of the main interpretive site,” the agency’s statement reads.

To prevent future issues, the agency states it will follow the recommendations of the assessment, seek public input and work with the paleontology community to move forward on constructing new boardwalks at the interpretive site.

A supplemental environmental assessment with a review from a paleontologist will be completed to analyze alternative access routes and building materials.

Public comment will be accepted for 30 days on the draft and further decision is anticipated in summer.

Based on prior studies, necessary improvements and maintenance were determined to be required at the Mill Canyon Dinosaur Tracksite to improve visitor safety, accessibility and enjoyment. The project included replacing the wooden boardwalks at the site with more stable and permanent structures.

“Although development plans and an EA were created, they were not reviewed by qualified paleontologists and were not well distributed for public comment,” Breithaupt states in his report. “As a result, paleontological concerns were not properly addressed, and adequate assessment and mitigation measures for paleontological resources did not occur.”

Work began January 23 with the removal of the previously installed boardwalks. A small crew of BLM staff with a truck, trailer and backhoe equipped with a forklift, traveled to the site using a previously driven access road available only for administrative purposes.

Crews drove on various areas peripheral to the interpretive area to remove the boardwalk and used the backhoe to load the boardwalk pallets onto the trailer. In addition, roughly a dozen pallets were piled in the staging area for later loading.

Because no paleontological survey was done and previous documentation was not reviewed, areas of avoidance were not properly designated. No areas were flagged for avoidance nor was a paleontological monitor present during the removal of the boardwalk. Work was done from January 25 to 27 and then stopped for the weekend.

Despite no public work notice being issued, news of work at the site quickly spread. Photos of potentially damaging activity appeared on social media and were sent to the BLM office. A cease-and-desist letter was submitted to the BLM by the Center of Biological Diversity among several criticisms and complaints about the alleged damage. The national media, including the New York Times, picked up the story and the BLM shut the project down Monday, January 31 to evaluate the overall circumstances and request Breithaupt to visit the site and conduct a formal assessment.

“Many areas of the track-bearing unit were impacted, and some tracks and traces were damaged,” Breithaupt states in his report.

He says that although numerous tracks throughout the area were impacted, only a small number were damaged.

“Unfortunately, little can be done to restore broken or eroded tracks left exposed in this situation,” Breithaupt reports. In addition, he says, fossilized prints may also have small microfractures because of the weight of the machinery on the track-bearing surface, potentially accelerating natural degradation in these areas in the future.

However, he puts no blame on the crews involved in the boardwalk demolition. He notes that they were not properly instructed on where tracks might be located, especially those under thin sheets of sediment.

“Insufficient information was used to locate where tracks and traces had previously been documented, and areas considered cleared for disturbance were not adequately assessed and surveyed prior to construction,” Breithaupt says. “As such, construction crews did not have the information they needed to avoid impacts to the paleontological resources.”

Per his recommendations, paleontologists both within and outside the BLM should be used as the project moves forward. Also, Breithaupt said assessments, surveys, reviews and monitoring should all be done by qualified paleontologists familiar with dinosaur tracks, and the public should be allowed to comment on the project. Finally, he recommends the vacant BLM paleontology positions at the Canyon Country District and state offices in Utah should be filled to provide for better internal review of such projects.

He applauded the public’s interest in the site and willingness to assist as stewards. Breithaupt recommends members of the local public be engaged in future developments of the site.

“With proper paleontological oversight, this project should proceed in order to restore the interpretive areas at the Mill Canyon Dinosaur Tracksite,” he stated. “Utilizing proper scientific principles and expertise, the BLM can manage and protect the paleontological resources at this significant site, which is an important part of America’s natural heritage.” 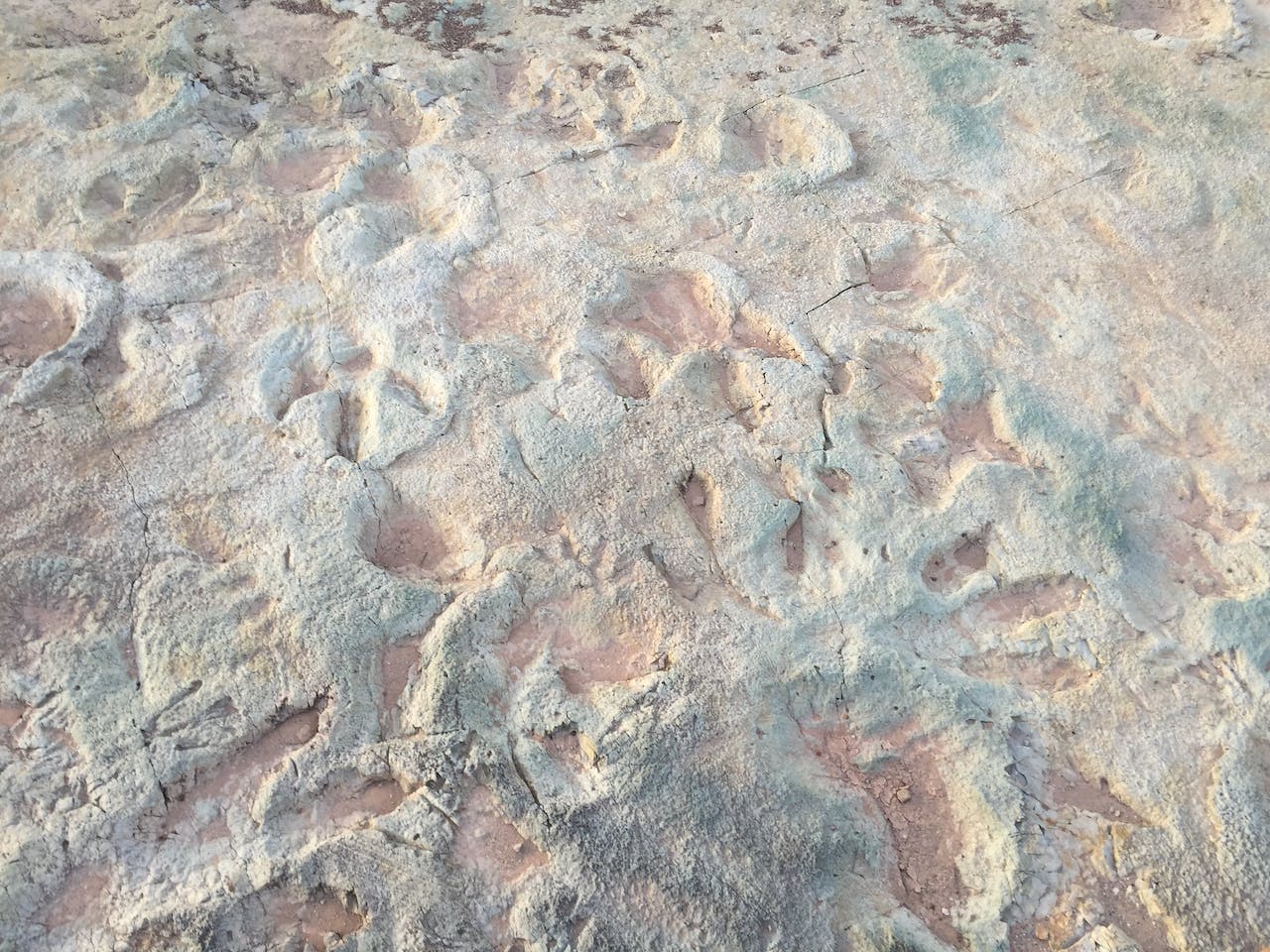 Criss-crossing dinosaur tracks show how busy the Mill Canyon site in Utah was millions of years ago.Bureau of Land Management 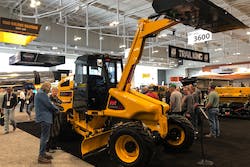 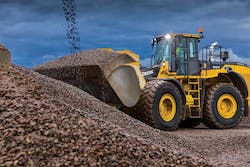 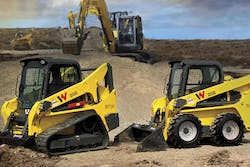 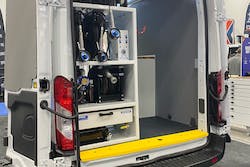 Turn Your Van into a Service Vehicle with Stellar Upfit Kit