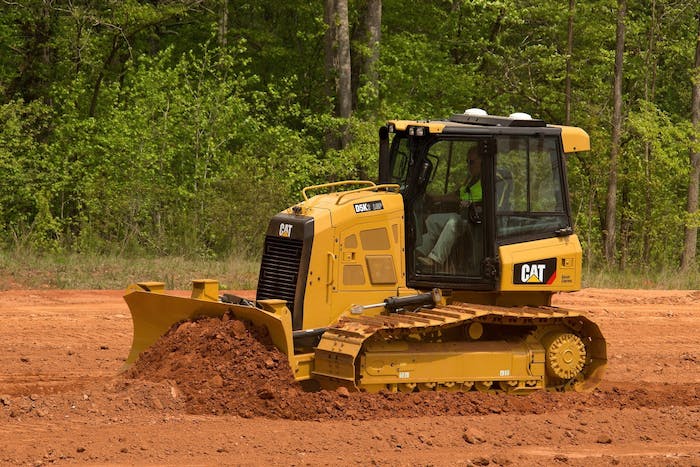 Top dozer in both new and used financed sales: the Cat D5K-2 LGP.

When looking at the year-over-year November-October time period, the number of financed new dozers decreased 13%, according to Randall-Reilly’s EDA equipment financing data. 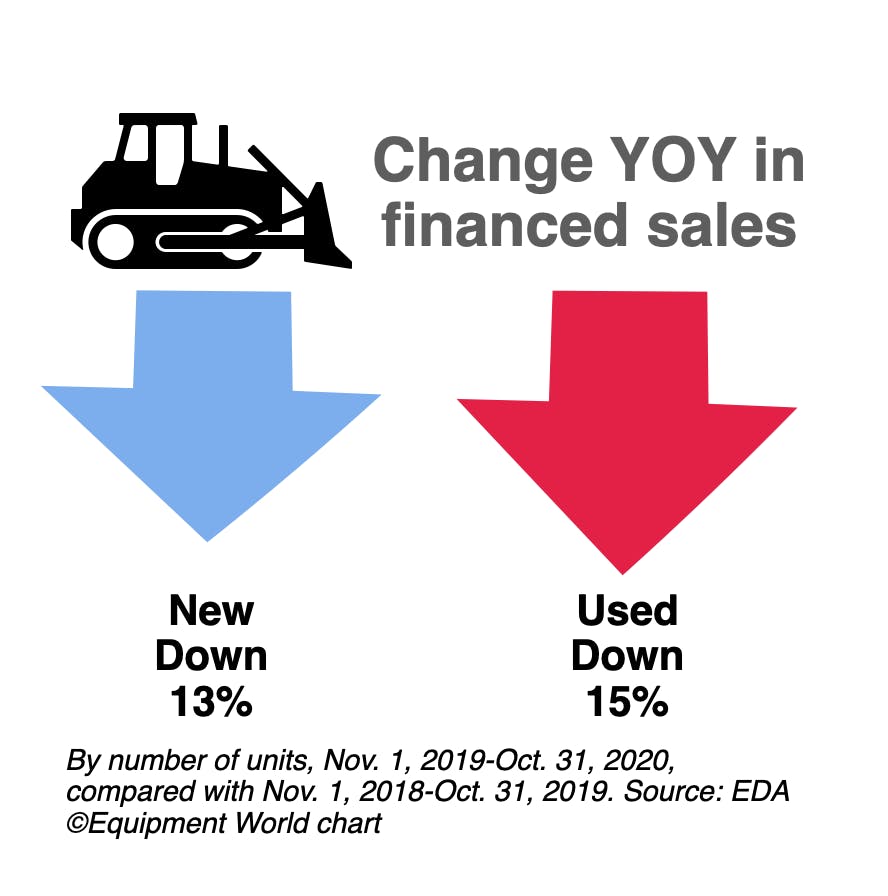 In terms of number of units financed, the Cat D5K-2 LGP was at the top of the heap on both the new and used model lists. Looking at new models only, the Cat D5K-2 LGP and Cat D6N LGP models are in a neck-and-neck race, separated by just one unit the date we examined the data.

It’s also worth noting that only two brands were in the top five new and used financed model lists: Cat and Deere. 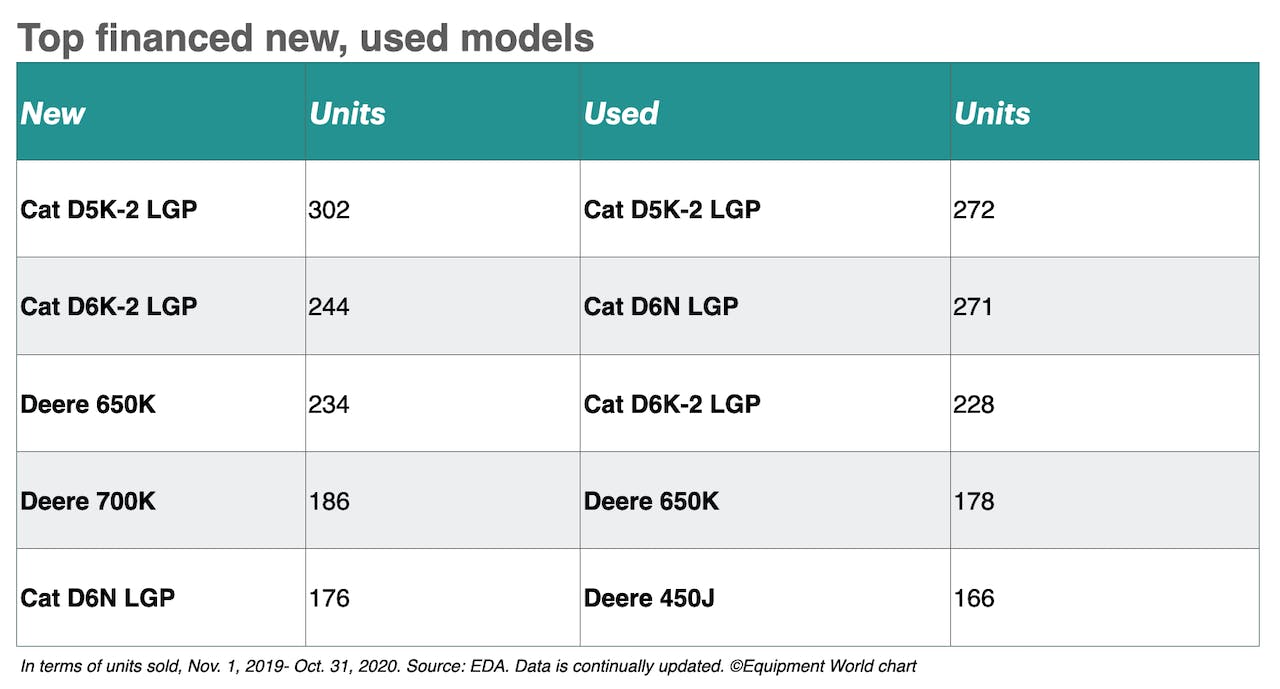 During this time period, there were more buyers of both new and used dozers in Texas than in any other state: 428 companies financed a new machine and 1,148 firms financed a used dozer. New dozer buyers were also prevalent in Florida (183 buyers) and Alabama (174).

In addition to Texas, the top states for those financing used dozers were Mississippi (585 buyers) and Oklahoma (550). 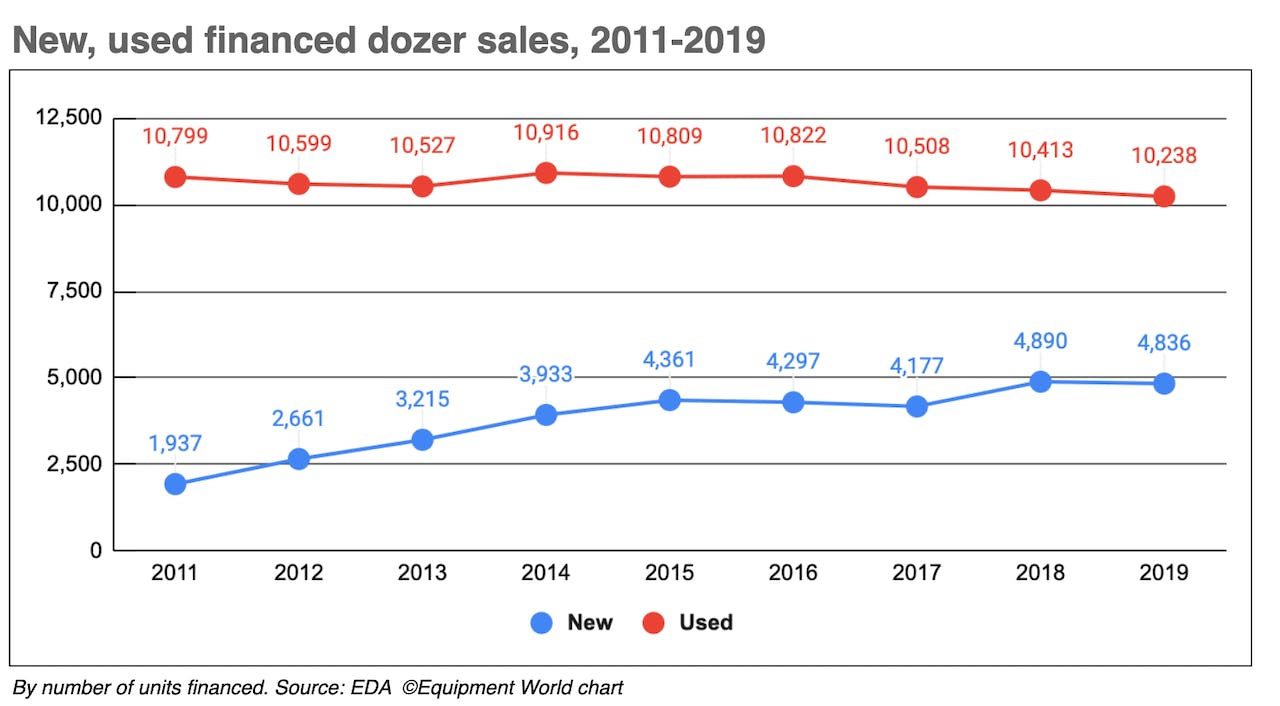 EDA data is compiled from state UCC-1 filings on financed construction equipment. Because there is a usual 40- to 50-day reporting lag from the states – exacerbated in 2020 because of the impacts of Covid-19 – we are using an Oct. 31 cut off in this report. Also please note that EDA continually updates this data as information comes in from each state.

Looking at the top 20 dozers sold during 2020 in terms of auction price, Cat unsurprisingly dominated the list (see chart below). 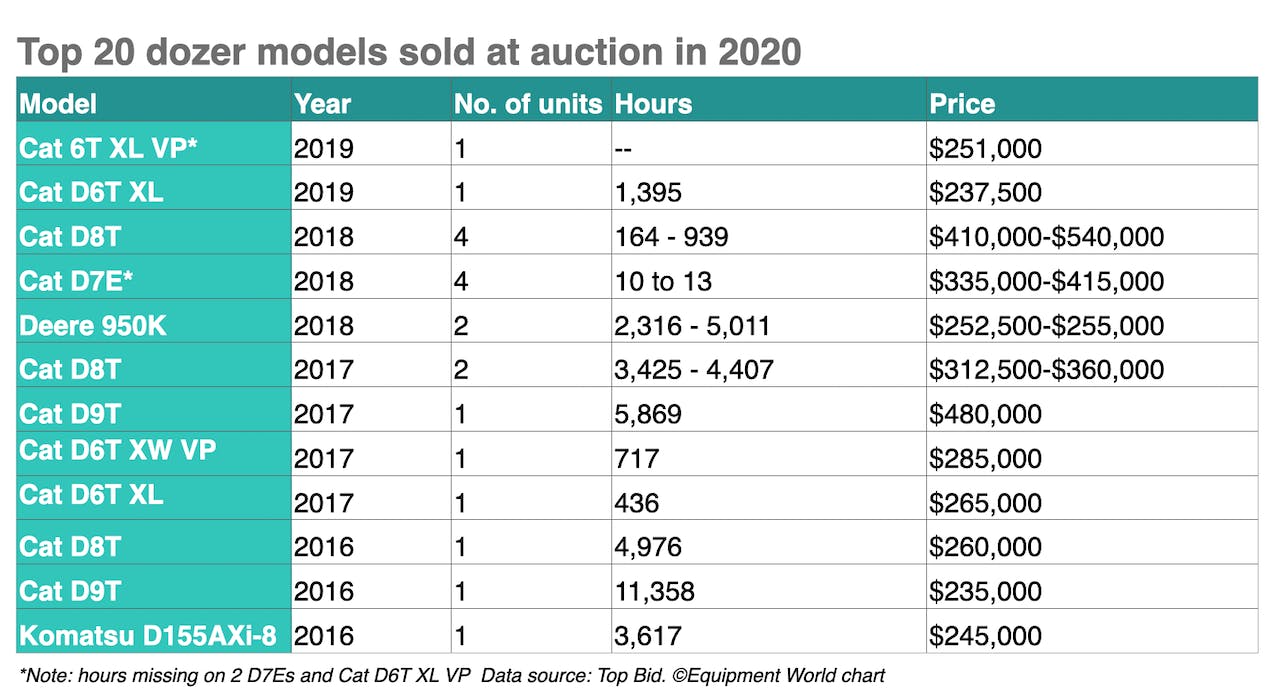 As reported by the Top Bid auction price guide, 17 of the top 20 price spots were Cat models. Three 2018 Cat D8Ts with under 370 hours headed the list, each selling for $540,000 at Ritchie Bros.’s massive 2020 Orlando auction. (Ritchie has announced that this annual event will be online only in 2021.)

Top Bid and EDA are owned by Randall-Reilly, parent of Equipment World. 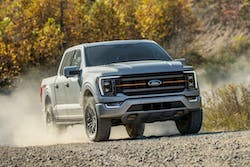 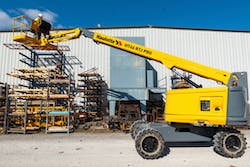 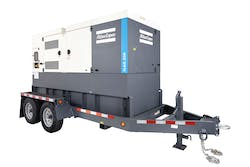 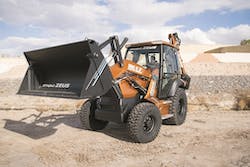