Five years after launching its L-Series backhoes, John Deere continues to upgrade the models, with the latest advancement being a more powerful engine.

Power boosts for each model are as follows:

Deere’s upgrade brings its pressure-compensated load-sensing hydraulics to the 310SL. PCLS increases productivity and improves control, Deere says. It also enables trenching at lower rpm, which reduces fuel consumption and noise. PCLS was already on the other models.

The pilot controls have also been upgraded, with buttons for horn, selective flow, auxiliary proportional roller and extendable dipper stick.

Deere’s AutoShift now comes standard on the 310SL, 315SL, 310SL HL, 410L and 710L. This technology automatically shifts to the appropriate gears. The operator sets the control lever to the highest gear desired, and the transmission will automatically shift based on engine rpm and ground speed.

The models also get Auto Ride Control, designed to improve ride quality and reduce bucket spillage while loading and carrying. Operators no longer have to turn the function on and off, instead it is automatically controlled by ground speed. It also causes the front loader cylinders to act as shock absorbers for a smoother ride.

Other upgrades: An LED boom light kit sheds light on the trench bottom, and the loader lever linkage has been redesigned to reduce resistance and improve throw and feel, the company says.

For contractors on a budget or those not a fan of engine aftertreatment, Deere offers the 310L EP backhoe. It is powered by a 69-horsepower Yanmar Tier 4 Interim engine.

The model, designed to be a lower-priced option, now has a simpler front-axle design and a four-speed manual synchromesh transmission. The machine has a forward, neutral and reverse lever mounted to the steering column.

Here’s a quick look at some of the specs and features on the L-Series backhoes: 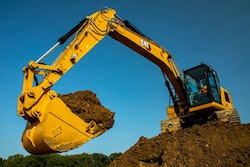 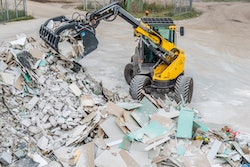 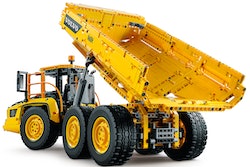