With fiscal year 2018 in the books, Engcon says it has seen record-breaking figures and expects continued increased demand in the tiltrotator market.

The company says that only 2 percent of all excavators around the world are currently equipped with tiltrotators. With that potential for growth and Engcon’s current hold of 44 percent of the total tiltrotator market, the company says it expects continued growth in both demand and sales for the near future.

Engcon identifies huge potential for growth in both the U.S. and Japan where labor shortages and other challenges are increasing costs and leading to delays. The company says “more efficient and safer working methods are required, which creates good opportunities for Engcon and our lineup of equipment.”

“We are convinced that our tiltrotators, automatic quick hitches and safety hitches are the answer to many of their challenges,” says Engcon CEO Kristen Blomgren of the U.S. and Japanese construction markets. “Our goal is quite simply to transform and streamline the excavator industry.”

With that in mind, the company says it isn’t standing still. It plans to add personnel, begin collaborations within the industry and standardize its safety hitches in FY2019. 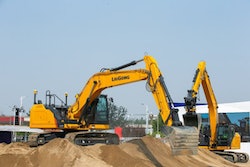 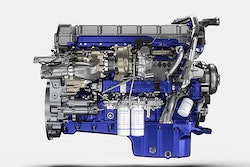 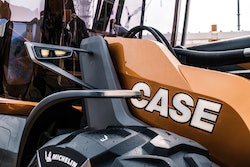