Cummins for the coming model year will expand its X15 portfolio with a new X15 Efficiency Series engine and the new X15 Productivity Series rating to further optimize fuel economy and power.

The 2020 X15 Efficiency Series engine, Cummins said, delivers up to 5 percent better fuel economy than the prior X15 Efficiency Series, and will feature an industry-leading maintenance schedule, including an oil-drain interval of up to 75,000 miles. The new X15 Productivity Series offering, through its broad range of ratings, will be able to serve more markets.

Engine hardware enhancements to the Efficiency Series provide better air handling and lower friction, delivering up to 3.5 percent fuel economy improvements to the base engine offering, Cummins said. Lower oil consumption is expected with modified liner geometry in the power cylinder and valve adjustments have been made to improve durability.

The new EX ratings offered in the X15 Efficiency Series bring expanded powertrain capabilities that can deliver up to an additional 1.5 percent fuel efficiency increase on top of the improvements gained through base engine hardware and feature enhancements. These ratings contain the full suite of powertrain features, including not only all prior ADEPT features, but new capabilities such as predictive gear shifting, predictive braking, on-ramp boost and dynamic power.

Powertrain features in the EX ratings are available exclusively with the X15 Efficiency Series engine when paired with the Eaton Cummins Endurant transmission.

Power ratings range from 430 hp to 605 hp, while torque ranges from 1,650 lb-ft to 2,050 lb-ft. Cummins says its Productivity Series engines have a higher output capacity than any other 15-liter engine.

The introduction of the Productivity Series brings six new ratings to market in 2020 along with the inclusion of four former Performance Series ratings.

The Productivity Series offering is comprised of two different engine hardware sets, common with either the 2020 X15 Efficiency Series or the X15 Performance Series. 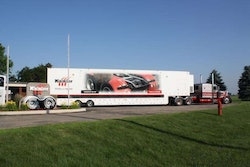 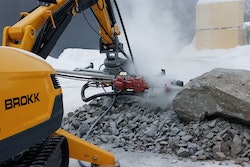 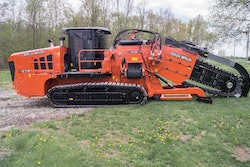