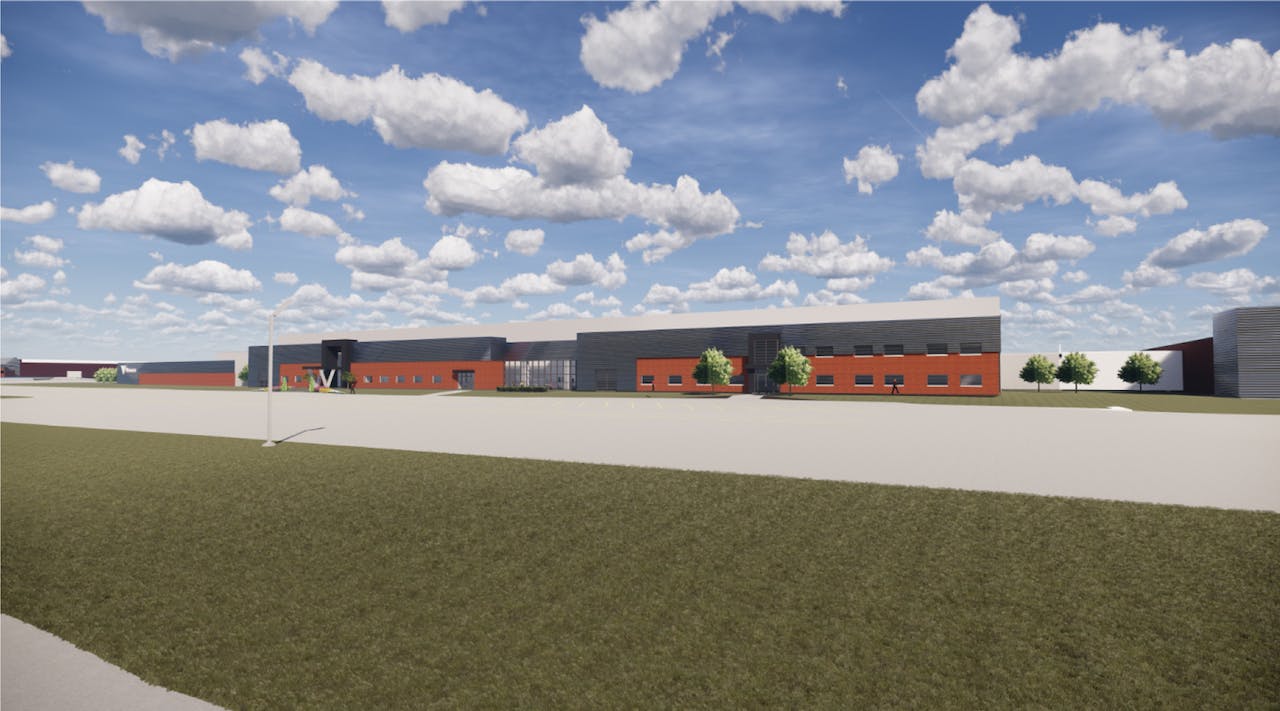 A rendering of Vermeer’s 500,000-square-foot Plant 7 will replace the two plants the company lost in last year’s tornado.

Almost a year after a tornado took out two plants at Vermeer Corporation’s campus in Pella, Iowa, the company announced plans to build a new plant, shop and Eco-Center that will add about 50 percent more space than what existed before the tornado struck.

“Fifty-one weeks ago today,” said Vermeer President and CEO Jason Andringa during the unveiling of the company’s new plans July 12, 2019, “I would have been surrounded by destruction after the tornado hit us. The greatest benefit we realized just hours after the tornado is that we had no serious injuries, no fatalities. … We knew we could recover and rebuild because we had our team.”

At the event, Andringa also unveiled the renderings of a new monument to commemorate plants 5 and 6, which were heavily damaged and have been removed.

“Much like a professional sports team retires the numbers of their most remarkable athletes, at Vermeer, we are retiring the numbers plants 5 and 6,” he said. 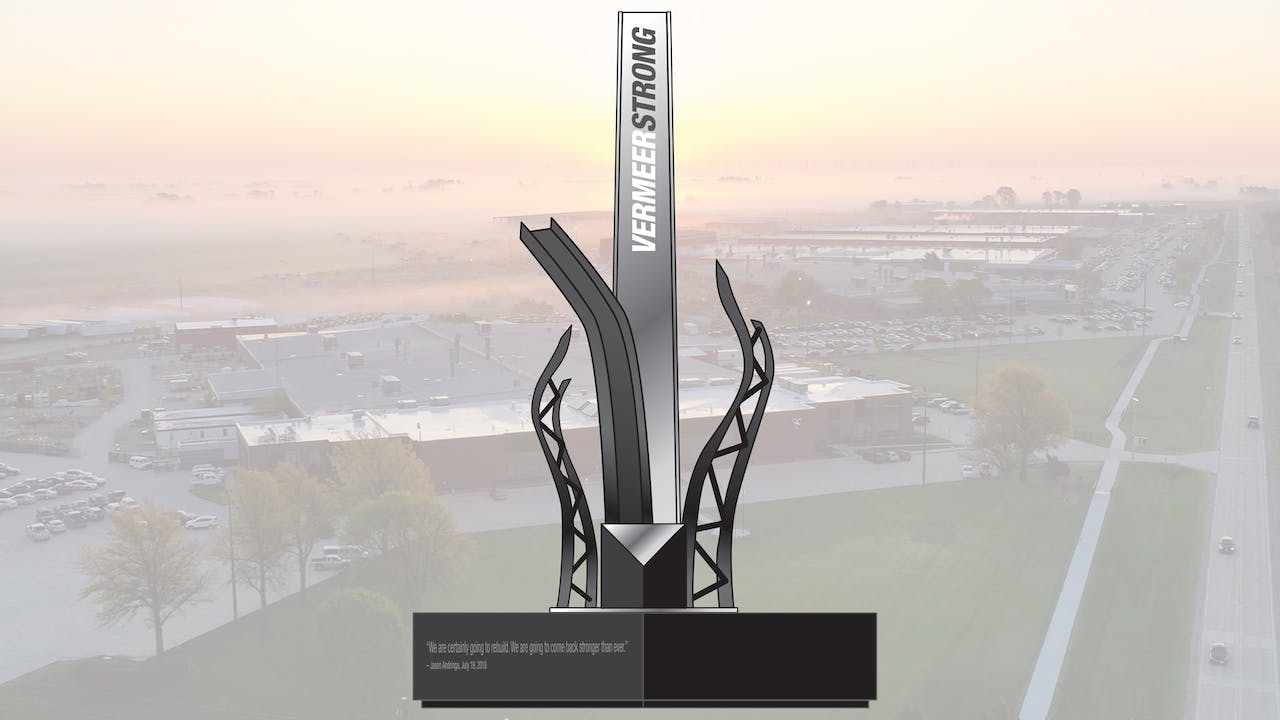 A rendering of a monument planned on the Vermeer Mile to commemorate the company’s team effort to rebuild.

The monument to be built this fall will have two pieces of bent metal to represent plants 5 and 6. In between those pieces of metal will be a slightly bent darker beam to represent all of the damage the company incurred and has been repaired. The largest piece of the monument will be a straight beam in the middle with the words “VermeerStrong.” Andringa said that represents “the incredible VermeerStrong personality and ethos that occurred immediately after the tornado and has allowed us to get to this point 51 weeks later.”

“It’s going to be a remarkable facility,” Andringa said. “I can’t wait to have it up and going.”

The plant will incorporate advanced manufacturing techniques and allow for future growth.

“Looking ahead, this facility is going to be world class in every feature,” said Vice President of Operations Bill Blackorby in a news release. “We’re advancing our paint technology, coat technology and the space of our team.” 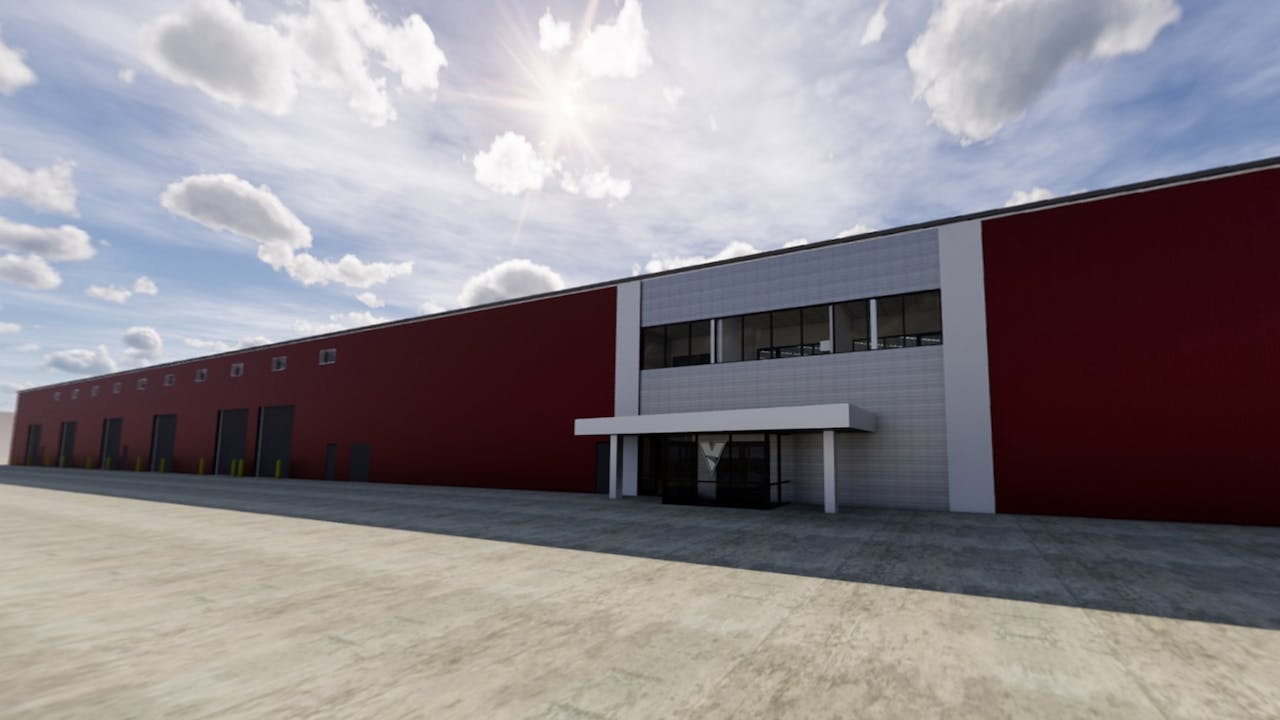 The company also plans to complete its new 100,000-square-foot Shop 48 this September. The shop was named in honor of the year the company started and the shop where Andringa’s grandfather Gary Vermeer had worked on some of his early inventions that led to the company’s formation in 1948. The new building will house the company’s engineering and research and development and allow the company’s innovation and prototype teams back on site. They moved to make space for production after the tornado and are scheduled to begin moving in August.

“Shop 48 will take our innovation and growth opportunities long into the future,” said Doug Hundt, president of industrial solutions.

During the presentation, Andringa recalled what he saw when he first emerged from the tornado shelter.

“The first major area of destruction I witnessed was the destruction of our previous Eco-Center,” he said. The company has broken ground on a new center that it plans to complete in January 2020. The center is designed to responsibly process and manage waste at the company campus, known as the “Vermeer Mile.” 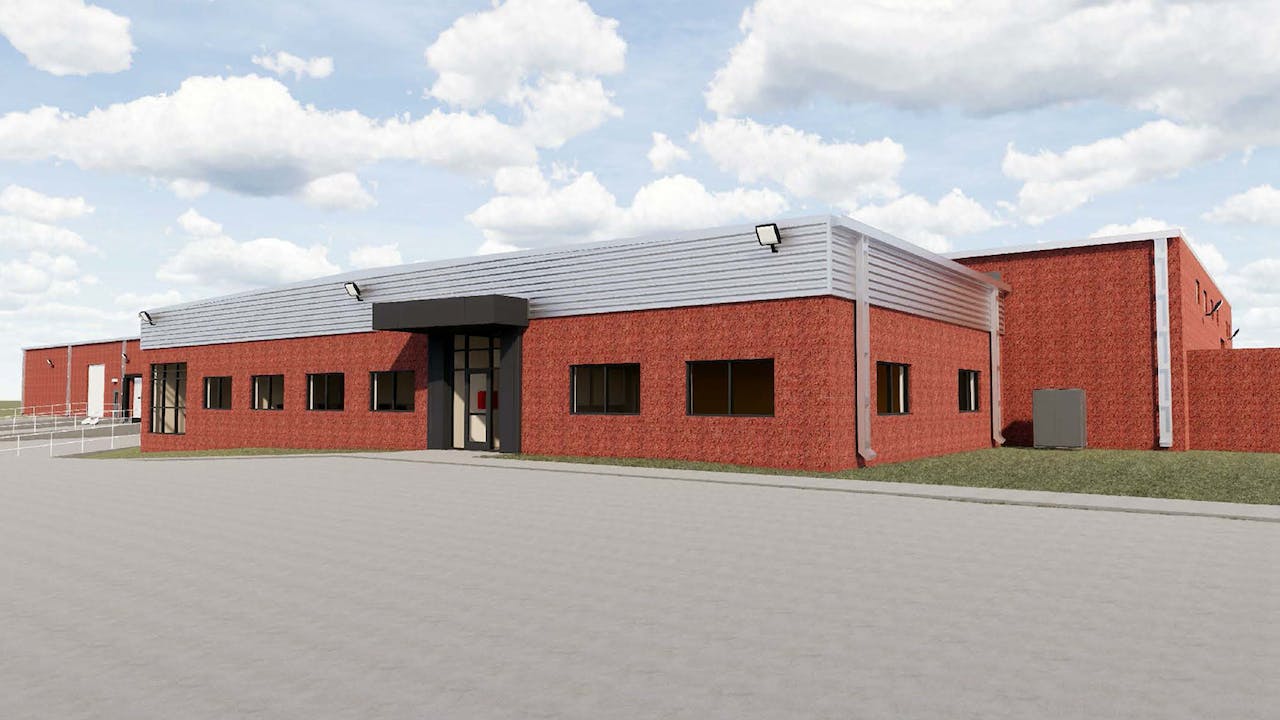 A rendering of the Vermeer Eco Center

With all of the new construction combined, Andringa said, the company will have 200,000 square feet more space – about 50 percent more than was lost in the tornado.

He noted that despite the destruction, Vermeer experienced a banner 2018 and looks to 2019 to top it. “We achieved record volume last year,” he said. “We are on pace to record volume this year in the smallest production footprint that we have been in in 25 years.”

“The tornado was the greatest challenge Vermeer has ever faced,” Andringa added. “I am incredibly proud to say our team has turned it into an opportunity. Not only are we rebuilding what we had, but we’re becoming stronger than ever before.” 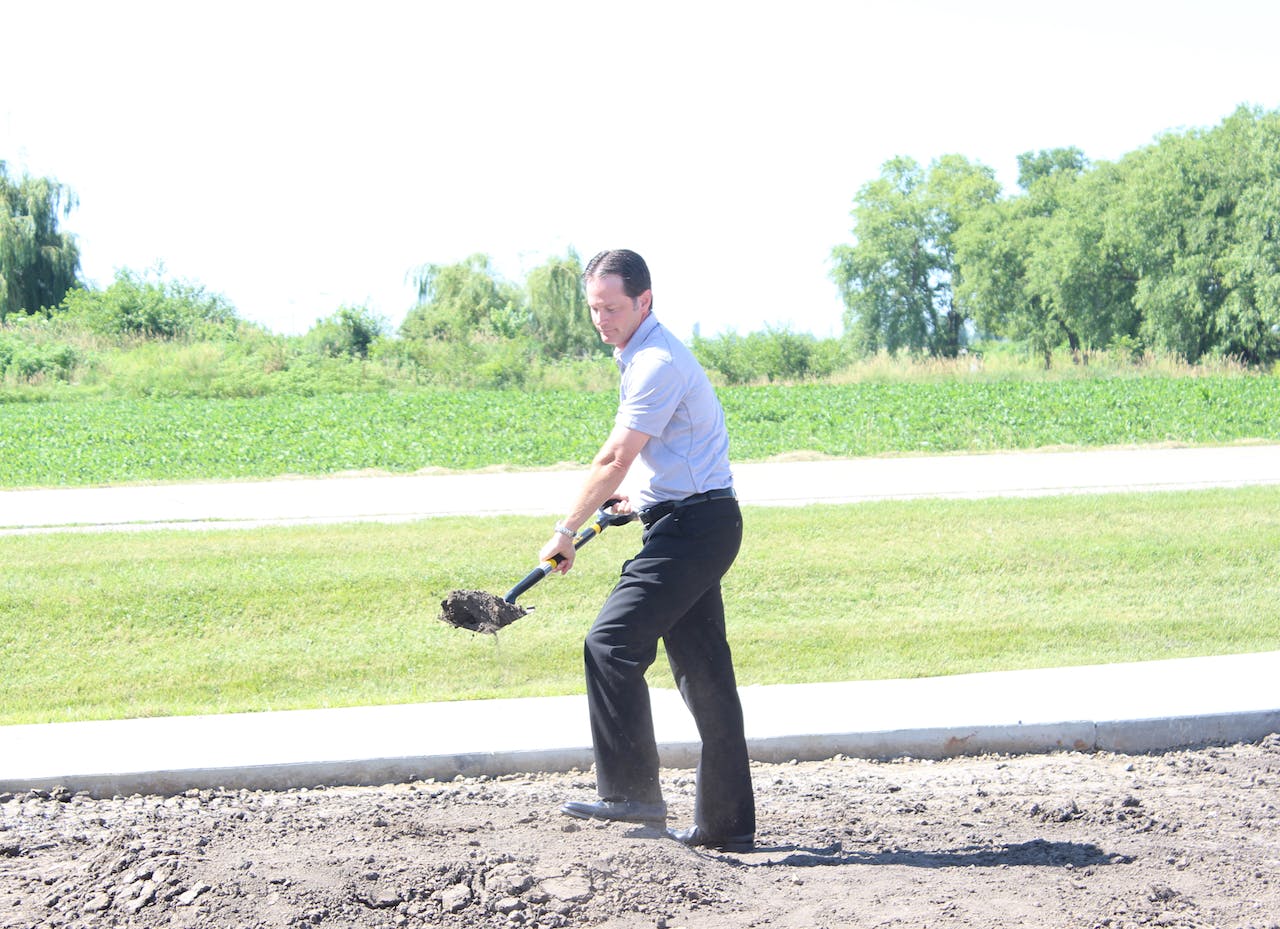 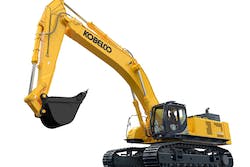 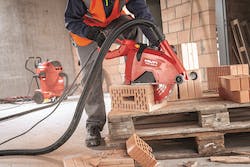 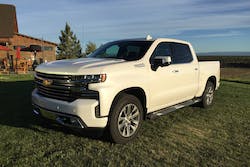 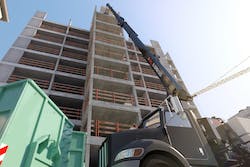