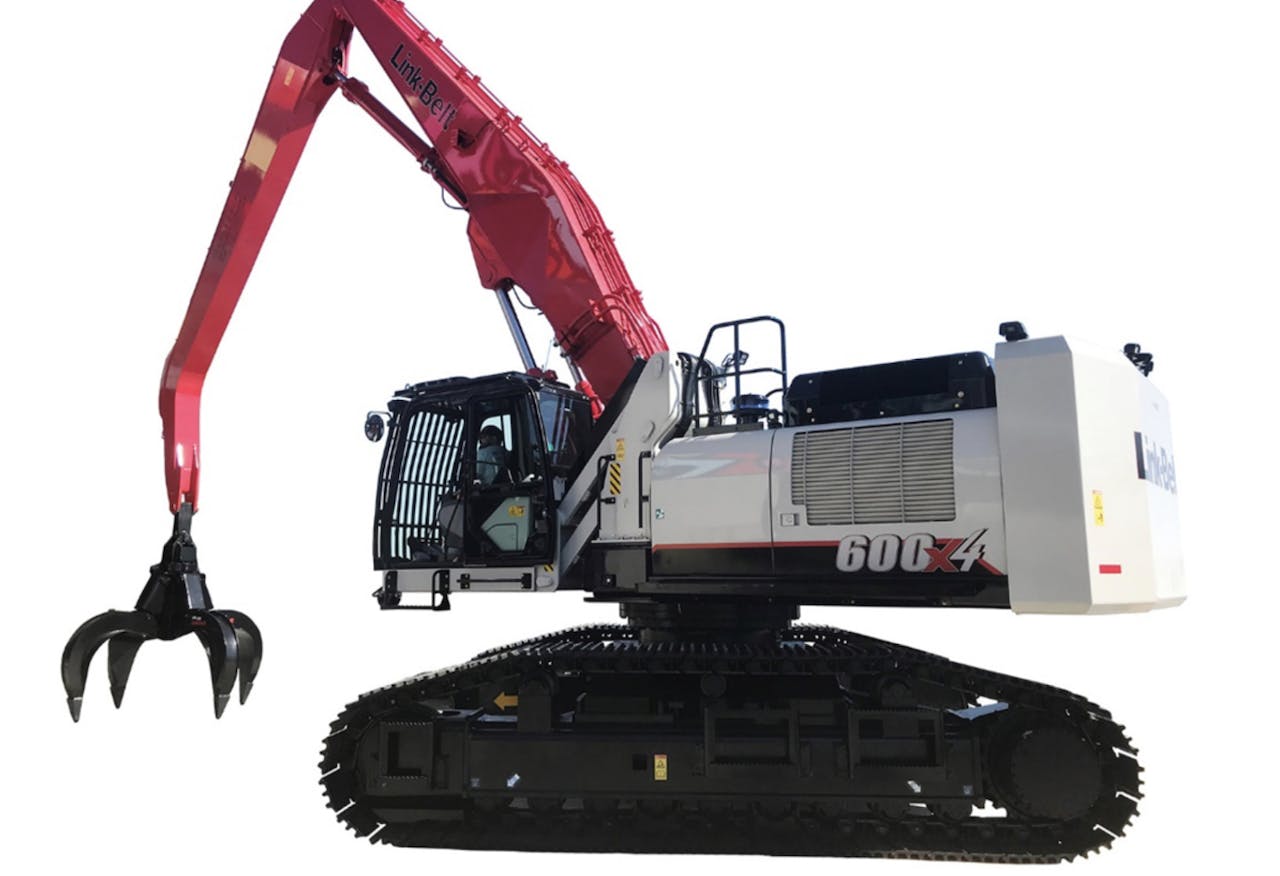 Link-Belt Excavator (LBX) has introduced a new material handler for North America that the company says delivers more performance thanks to a new hydraulics package and a new design.

The 600 X4 MH is powered by a 362-horsepower, Isuzu Tier 4 Final engine that does not require a diesel particulate filter (DPF). More specs are below.

LBX says the machine is purpose-built for material handling and demolition applications and features a two-piece attachment with hose burst check valves, a straight boom and a droop-nose arm. The machine features a high-wide undercarriage, oversized turn table and larger drive motors.

“This performance increase is largely due to a new proprietary control valve with a larger hydraulic passage area. But we didn’t stop there. We increased the size of arm, boom and auxiliary spools to reduce pressure loss and distribute oil more smoothly,” Woods says. “Two electrically-controlled Kawasaki pumps and one Kawasaki gear pump assure that hydraulic flow gets delivered precisely when and where it’s needed. The end result is more smoothness, maneuverability and precision across all operating modes.”

Woods adds that despite the increased performance, fuel efficiency has not been compromised. Plus the machine has a 3-percent DEF consumption rate that, combined with a large DEF tank, gives the machine “the longest DEF refill interval in the industry.”

Inside the hydraulically-raised cab, operators will find a standard air suspension seat and arm rests that move proportionally with the console. That means that the distance and angle between the joysticks and operator remains the same, no matter how the seat is adjusted.

The cab riser provides the operator with a view of 19 feet, 4 inches at eye-level height.

The cab also includes the following:

An available option is the Wide Angle Visual Enhancement System, or WAVES. It includes three closed-circuit, high resolution cameras that provide a 270-degree view with no blind spots, LBX says. 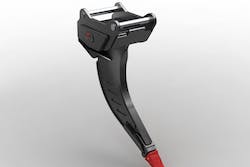 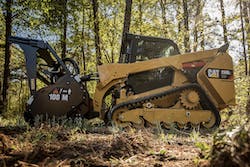 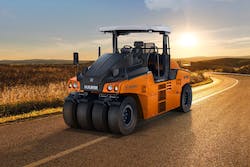 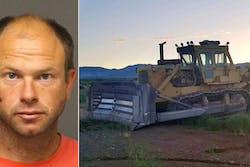