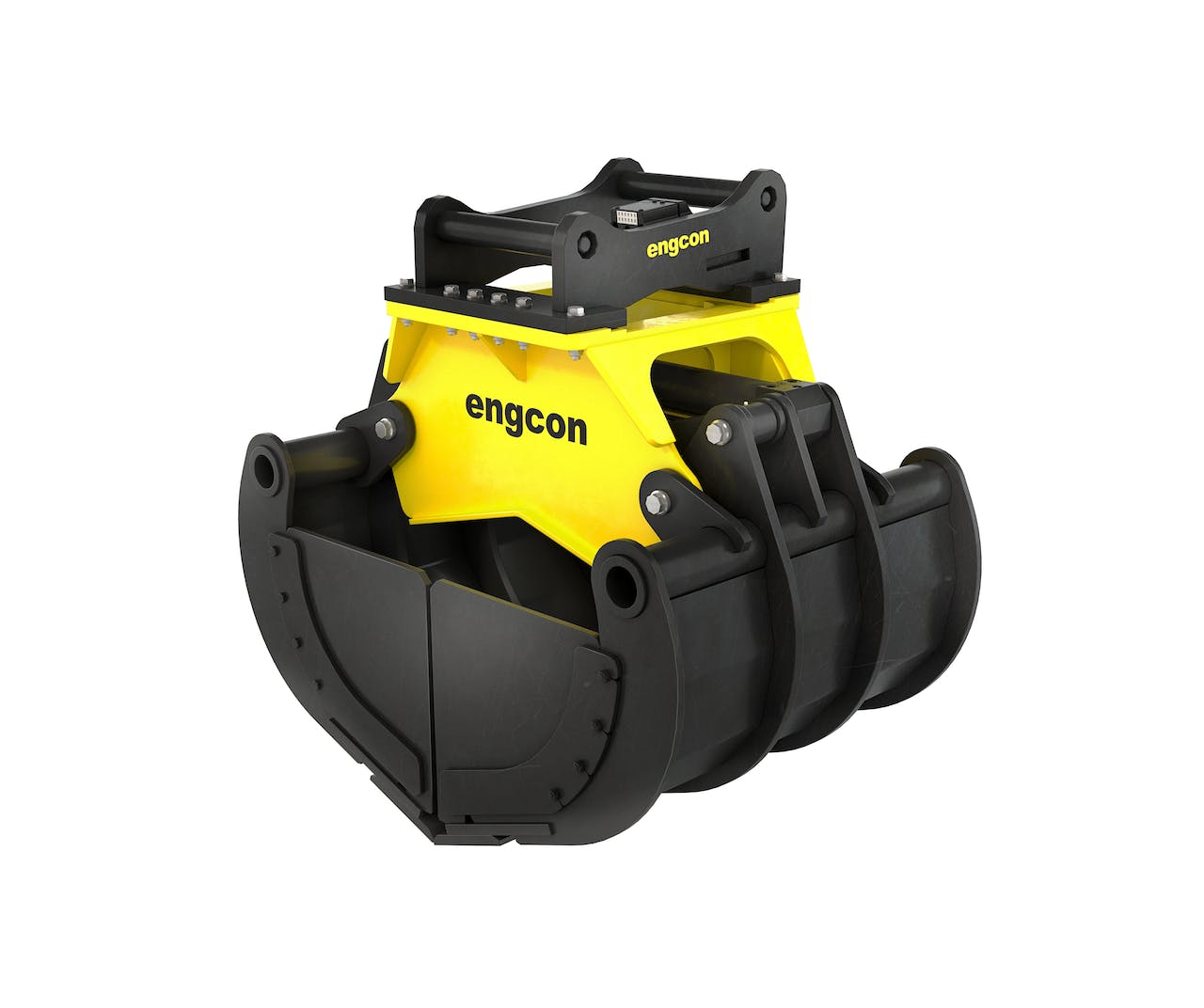 The first in the six-model series of grapples, the SG12, will be launched this summer for excavators with operating weights of 6.6 to 13 tons. It will have a grab area of 3.7 square feet. The various models, once released, will cover a range of excavator sizes, from 1.6 to 36 tons.

The grapples are designed to attach to the company’s tiltrotators, which give excavator attachments rotating and tilting movement.

Engcon designed the grapples’ arms closer together for easier grabbing of small objects. The grapples can also be converted to clamshell buckets with the installation of side plates.

The attachments will be equipped with the company’s EC-Oil Automatic Quick Coupler System. That means operators can attach the tool to the tiltrotator without having to leave the cab.

The company says the attachment’s cutters will be bolted on for easy replacement, and bucket teeth can be mounted to the grapple. All of the joints will be fitted with expanded bolts to minimize play, Engcon says.

The new grapples are an update to the company’s SK grapples, which were developed 15 years ago. “Tiltrotators have, of course, also developed during this time, with new weight categories and more powerful excavators,” says Johan Johansson, design engineer at Engcon Group. “As well as strengthening the grabs, these adaptations will mean better performance and adaptability for a new generation of tiltrotators and excavators.” 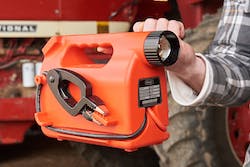 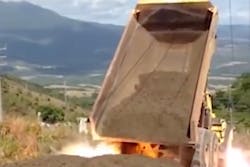 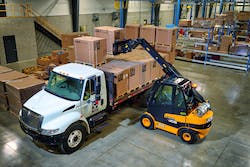 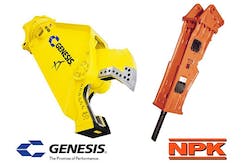