An Arizona man recently led deputies on a slow-speed chase after allegedly stealing a bulldozer.

On Tuesday, April 30, 35-year-old Jeremy James Sterling was charged with stealing a bulldozer from the Mohave County Road Department gravel pit in Golden Valley, Arizona, and took patrol units and a helicopter on a wild and destructive chase, the Mohave Valley Daily News reports.

Anita Mortensen, a spokeswoman for the Mohave County Sheriff’s Office, told the news agency that deputies responded to a report that a bulldozer was tearing up asphalt roads at 3:15 a.m. As the thief was driving along, he lowered the bulldozer’s blade, creating a trench in the road and causing damage to a waterline and mailboxes.

Officers attempted to stop Sterling, but he allegedly refused to pull over. Deputies say he then took the bulldozer off the road and crossed terrain where the patrol vehicles couldn’t go, so a DPS helicopter kept the bulldozer in sight.

Sterling is said to have eventually brought the machine to a stop and surrendered to deputies without incident. 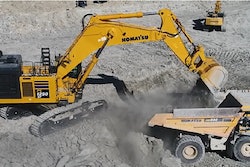 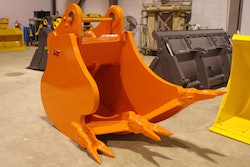 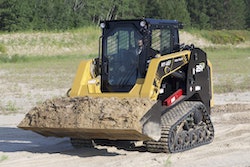