“It allows operators to remove concrete in areas that have previously been inaccessible in a safe and efficient manner,” says Roger Simonsson, Aquajet Systems managing director.

The company says the Aqua Spine does not damage rebar or cause microfracturing. It removes deteriorated or damaged concrete and protects the sound concrete, leaving a surface ready to accept new material. It also reduces exposure to silica dust.

The Aqua Spine can be controlled by an Aqua Cutter robot or by a standard Power Control Unit. The system’s length and width can be adjusted by adding or removing spine beam sections, and it works well on road and bridge applications, the company says.

It can be bolted to walls, floors or ceilings. It can also be supported by hydraulic platforms, cranes and scaffolding. With the Circular Power Head, it can work underwater on bridge pillars. Its 360-degree ring can be adjusted to the pillar’s diameter, so it does not have to be moved while operating.

The standard setup, with triple spine rail system in max configuration, allows the Aqua Spine to remove about 194 square feet of concrete before needing to be moved. A smaller dual rail system is better for confined areas and connecting to scaffolding.

The Aqua Spine handles the same pressure and flows as the Aqua Cutter robots, roughly 15,000 to 40,000 pounds per square inch, the company says. It uses ceramic nozzles that last 300 to 350 hours, depending on water quality. The nozzles can be adapted to varying cutting depths quickly with an adjustable oscillation system. Paired with the Aquajet EcoClear Water Treatment System, the pH from the wastewater from the Aqua Spine and its turbidity can be neutralized before being released.

The Aqua Spine works with the following Aquajet equipment: Aqua Cutter 410A and 410V; Aqua Cutter 710H, 710V and 710V XL; and the Power Control Module. 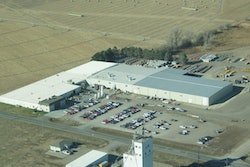 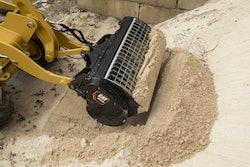 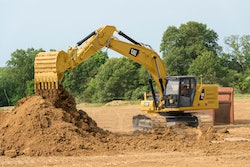