Alongside an updated version of the 450, Caterpillar has unveiled a brand new model to its backhoe loader lineup in the 440, saying both center pivot machines bring significant improvements to performance over previous models.

Powered by a Cat C4.4 ACERT engine providing 109 horsepower on the 440 and 128 on the 450, Cat says both new models optimize engine speed and pump displacement and boast a completely reengineered hydraulic infrastructure for the operator station. These machines also feature adjustable auxiliary hydraulic flow for optimized attachment operation.

The C4.4 is mated to an Autoshift transmission with a sixth gear for improved roading performance and an optional lock up torque converter. The machines also feature new spring-applied, hydraulically-released brakes.

New to these models are redesigned single tilt loader arms. Cat says these arms have electrical sensors positioned at the tilt and lift arm that enable parallel arm movement for better material retention when lifting the loader bucket or handling pallets. Operators can easily program a kickout with these arms to quickly set upper and lower arm positioning for repetitive work like loading trucks. Return-to-dig limits can also be set.

Cat says both machines also feature big increases in lift and tilt breakout forces over previous models. The machines feature a more balanced weight design and longer backhoe stabilizer legs for better stability. These new stabilizer systems can be equipped with guards to prevent damage to the cylinder rod while optional leg plate guards prevent material build-up on the underside of the stabilizer leg.

Inside the cab, operators will find a new digital display center with soft keys for fast programming of key machine functions and at-a-glance views of the fuel and water temperature gauges and the tachometer. The display also provides full text diagnostic descriptions and instructional pop-ups to aid in more efficient operation and troubleshooting. The display allows for up to 25 different operators to log in and quickly recover pattern changes and other personalized settings.

The new operator station features seat-mounted controls and electronic sensors can automatically detect the seat’s position, allowing the controls stay with the operator regardless of forward or reverse operation. This change has eliminated the pilot control pods for backhoe operation for a big boost in legroom at the rear of the cab.

The 440 and 450 can be ordered from the factory or retrofitted with an optional loader quick coupler. 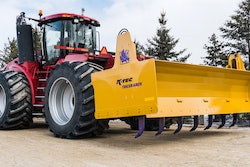 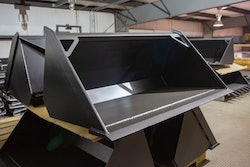 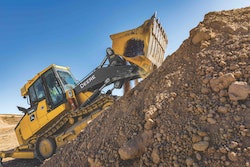