Heavy equipment supply-chain tightness likely through 2019, thanks to higher demand

Miller Fabrications Solutions began to see a significant increase in demand for its products last November, and by February, the manufacturer of metal components for construction equipment and other machinery knew it was not just a passing phase.

“We knew it was here to stay for at least the next year,” says Dennis Van Duyne, Miller new-business development director. “And even now I think we’d be bold enough to say that 2019 looks to be just as robust and strong as what 2018 was.”

Basing its decisions on advanced forecasting and data mining, Miller added positions and increased its investment in robotics at its plants in western Pennsylvania to meet that rising demand for such products as booms; mainframes; and front, rear and articulating frames. It has even started an in-house welding school to train new workers to address the labor shortage, and is in a position to take advantage of other opportunities, Van Duyne says.

The higher demand has also led to longer lead times for the company’s products, something customers have come to accept.

“With the ability to forecast well with our customers and get them to be in lockstep with us… we really haven’t had to shorten our lead time,” he says. “So it allows us to plan for capacity and production scheduling pretty well.”

Miller’s customers include OEMs in the material handling, road construction and mining industries – all experiencing a rising tide in demand that has spread throughout the manufacturing sector leading to longer wait times for finished products. It appears that manufacturers like Miller have been adjusting to the demand and remain optimistic that the manufacturing resurgence will continue. That optimism seems to be growing even as some manufacturers face higher tariffs on imported steel, aluminum and other commodities, as well as a labor shortage and longer freight delivery because of a shortage of truckers.

The September Report on Business by the Institute of Supply Management (ISM) showed “strong growth in manufacturing for the 25th consecutive month.” The machinery manufacturing sector, which includes construction equipment, was among the sectors reporting growth in new orders, production and employment.

“So I think we’re going to close the year well,” says Tim Fiore, chair of ISM’s Manufacturing Business Survey Committee. “People are tending to forecast the whole 2019 will be similar to 2018, with maybe a 5 percent decline in revenue happening at the end of next year.”

The big issue currently looming over the manufacturing sector is the trade war with China, especially for manufacturers that import Chinese goods and materials, particularly steel and aluminum. Fiore says more than half of the comments from the ISM’s survey of manufacturers cited tariffs as a leading cause of concern.

He adds, though, that manufacturers appear to be accepting the tariffs and don’t expect further increases in steel and aluminum costs. “It’s risen to where it will rise, and it probably won’t rise any higher,” he says.

Some U.S. manufacturers have warned that a protracted trade war with China could hurt the current expansion and send U.S. jobs overseas.

Husco, a Wisconsin-based manufacturer of off-highway hydraulic components, says one-third of the components used in its North American plants come from China, and the tariffs could cost it as much as $1 million a month.

“Right now, we have an incentive not to manufacture products in the United States that require Chinese supplied content,” Husco CEO Austin Ramirez said in a news release.

The tariffs have increased lead times on steel orders.

“I know when the tariffs came into place we went from a six to eight weeks steel lead time to 12 to 14 weeks,” says Fiore of the overall manufacturing sector. Some are reporting lead times of up to 16 weeks.

Those increased lead times have spread throughout the supply chain. However, the larger driver of the tight supply appears to be the increased demand for products, with tariffs playing a minor role for companies that don’t rely as much or at all on Chinese commodities and components.

“In plate steel and tube there’s plenty of capacity here in the U.S. market, and none of our product comes from China,” says Van Duyne, with Miller Fabrication, referring to his company’s top commodities.

AxleTech, a Michigan-based manufacturer of specialty drivetrain and powertrain systems, axles, brakes and components for heavy-duty vehicles, has faced some impact from the tariffs on Chinese goods. But the bigger driver of supply tightness, says Dan Chien, AxleTech vice president of business development, has seen a broad-based growth in demand that he expects to continue through next year. In meeting that demand, AxleTech has added employees and plans to make some of the components in-house that it typically buys from other companies. It has also been reserving capacity from component suppliers.

“What’s really happening is in the supply base, demand in all markets is up,” Chien says. “Normally we see counter-cyclical – that is, not all of the markets are up at the same time – but that doesn’t appear to be true this time.”

Despite the challenges facing suppliers, when compared to the conditions from a decade ago during the Great Recession, the growing pains are welcomed.

“These are good, high-class problems to have,” says Chien. “Shortness of labor, and suppliers at 100 percent capacity, having to expand and having to spend more money on in-sourcing – these are great days for us.” 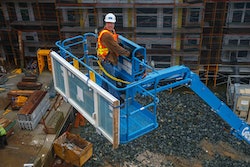 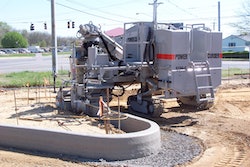 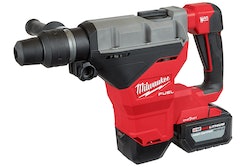