Packing several new features introduced to its articulated dump truck lineup through the release of the 745 in 2017 and in redesigns of the 730 and 735 trucks earlier this year, Caterpillar is bringing back the 40-ton size class to its lineup with the new 740 GC.

This new truck is powered by a Cat C15 ACERT engine paired with a Cat CX38B transmission. (Full specs are below.) The 740 GC will have the new controls, transmission-protection, hoist-assist system, traction control system, stability-assist system and ECO mode that the rest of Cat’s new ADTs feature. But it also gets Cat’s latest automatic retarder-control system. This system requires no input from the operator and improves operating efficiency of the truck.

First seen on the 745, the 740 GC features a combined transmission-and-hoist lever. This feature gives operators single-lever control over truck speed and body-hoisting functions, automating repetitive operations. A mode switch in the cab allows operators to choose between manual or fully automatic assisted hoisting control. This control automatically applies the wait brake, sets the transmission in neutral and hoists the body to the maximum angle at high rpms.

The wait-brake temporarily applies the service brakes during pauses in the work cycle. A hill-start system automatically holds the machine on grades, allowing the operator to move from the service brake to the throttle with no rollback on slopes, Cat says.

A push-button lever control lets the operator set the machine speed and transmission hold/wait brake. Directional gear shifting protection brings the machine safely to a stop when transitioning from forward to reverse and vice versa.

There’s also a Detect/Stability-Assist system that monitors the working angle of the truck along with the grade and “cautions the operator if the machine is approaching the set threshold angle,” Cat says. If there’s a possibility the truck may tip, the system will stop the dump process.

The 740 GC features the new “spinal-ROPS” found on the other trucks in the lineup.

This design provides more visibility to the rear through a new rear-quarter glass. The new glass eliminates the structural pillar found on the previous generation C-Series models of these trucks. As an available option you can replace the rest of the cab’s glass with an infrared variety that reduces solar heating inside, making for more comfortable operation. The cab also features left- and right-hand sliding windows for increased ventilation and easier communication with workers on the jobsite. 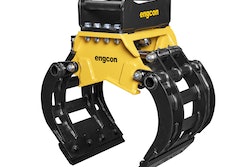 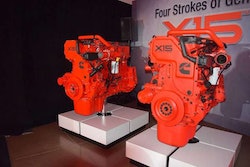 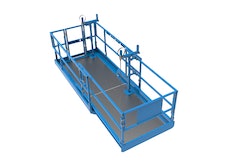