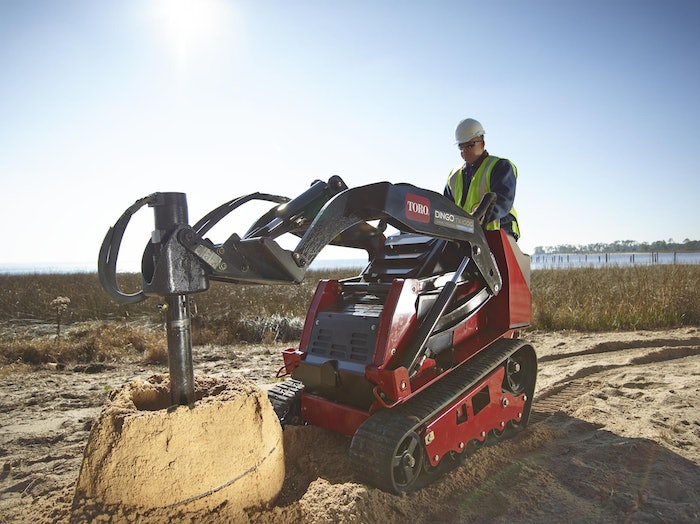 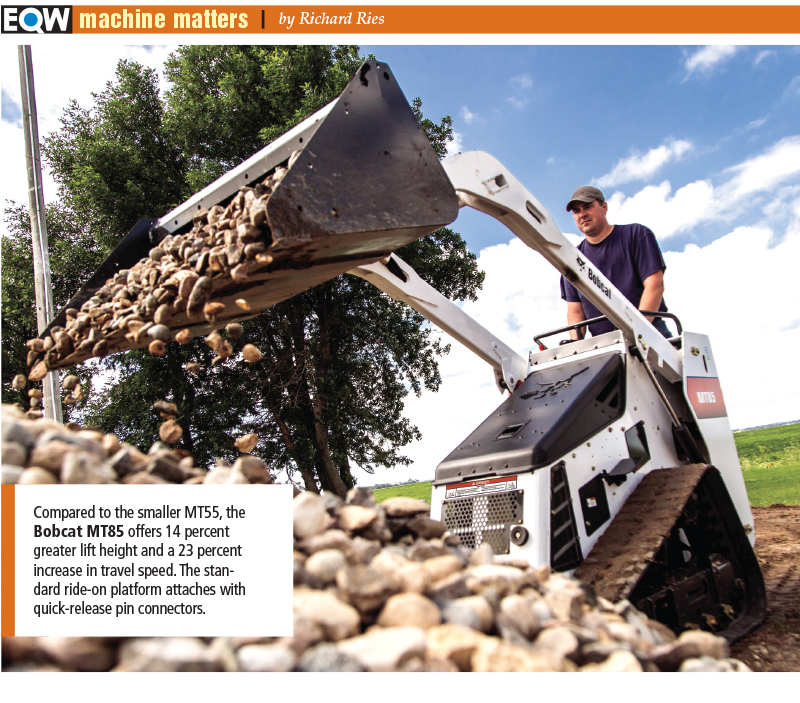 Whatever you call them, these little dynamos offer versatility and performance

Let’s get the naming protocol out of the way. OEMs that make only wheeled models refer to these as mini skid steers. Those making only tracked models call them mini compact track loaders. Those that make both use the term compact utility loader (CUL), and since that seems inclusive, we’ll stick with it. 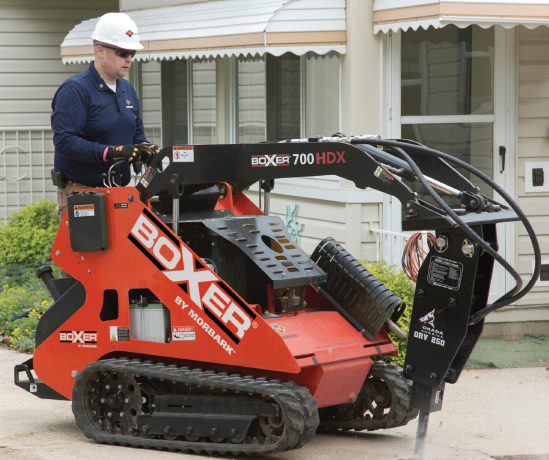 The Boxer 700HDX features a 24.8-horsepower Diesel engine, hydrostatic drive and 11.3 gallons per minute of auxiliary hydraulic flow. Simply by pushing or pulling a lever, the operator can move the expandable undercarriage to a width of 35 inches for passing through gates or to 43.5 inches to enhance stability while working.

Some CULs are stand-on, some walk-behind, some are available in either style, and some allow the operator to switch between styles on site. The big restriction in their design and development is that traditionally they had to fit through a 36-inch gate. This was to meet the needs of the target market of landscapers, groundskeepers and others working finished areas with controlled access.

Their versatility endears CULs to their owners and makes them essential to their fleets. Because of their ability to slip through narrow openings, function in tight quarters and perform myriad tasks, CULs offer value and performance unmatched by other machines.

CULs have a lower initial cost than other types of equipment, making them excellent entry-level machines for those starting out in business. Their ongoing owning and operating costs are low, too.

Weighing between 1,500 and 4,000 pounds, CULs simplify transport requirements. They easily load onto a utility trailer that can be pulled by most half-ton pickups. Their compact footprint and low weight leave space and weight capacity for attachments on the same trailer. For owners using CULs as compact toolcarriers who may be hauling buckets, augers and chain-type trenchers – and who knows what else along with their machines – this is a big deal. 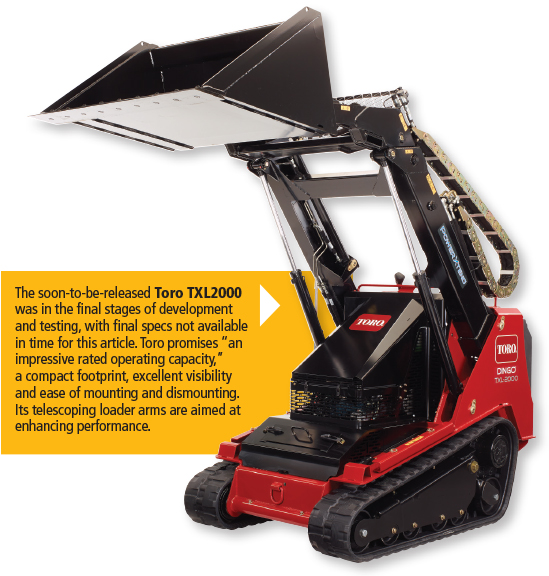 CULs aren’t production machines. They exist mainly as replacements for hand labor. One compact utility loader replaces a small crew with hand tools and wheelbarrows for moving materials, placing rock, sweeping, spreading, tilling, tiling, trenching, raking and whatever else needs to be done.

So are CULs perfect in every way? Not quite, but OEMs are working to make these versatile machines even more valuable and useful to their owners. Three manufacturers provided specifics.

Bobcat has two models of CULs, both with 24.8-horsepower, 3-cylinder diesel engines, both providing 12 gallons per minute of hydraulic flow at 2,900 maximum pounds per square inch at the quick coupler. The MT55 has a 550-pound ROC, and the MT85 an 850-pound ROC, both at 35 percent of tipping load. A ride-on platform is optional on the MT55 and standard on the MT85. All dimensions are bigger on the MT85 except width; both models are 35.6 inches wide with standard tracks. Wide tracks are available options on both machines.

ISO-pattern joystick control is standard on both. “Because ISO is common on bigger machines, it’s easy and comfortable for operators to adapt these familiar controls to the operation of a compact utility loader,” says Jason Boerger, marketing manager, Bobcat.

Bobcat offers the Common Industry Interface (CII) and its proprietary Bob-Tach mounting system. Bob-Tach is the only interface available on the MT55; it is optional on the MT85. The CII system combines over-center latches with pin-on design for a simple and near-universal mounting method between the attachment and the carrier. The Bob-Tach system, introduced more than 35 years ago, uses an over-center latch mechanism and wear-compensating pins to provide consistent attachment-to-carrier fit throughout the service life of both.

Toro offers eight models of its venerable Dingo CUL. It has wheeled and tracked models, vertical and radial lift. From the smallest 320-D (20-horsepower diesel) and 323 (23-horsepower gas) to the biggest TX 1000 Narrow Track and TX 1000 Wide Track (24.9-horsepower diesel), Toro would seem to have the market covered. But an even larger model will be launched after final testing. The TXL 2000 will have more horsepower and a higher ROC than current Dingo models, but two key changes will differentiate it in the marketplace. 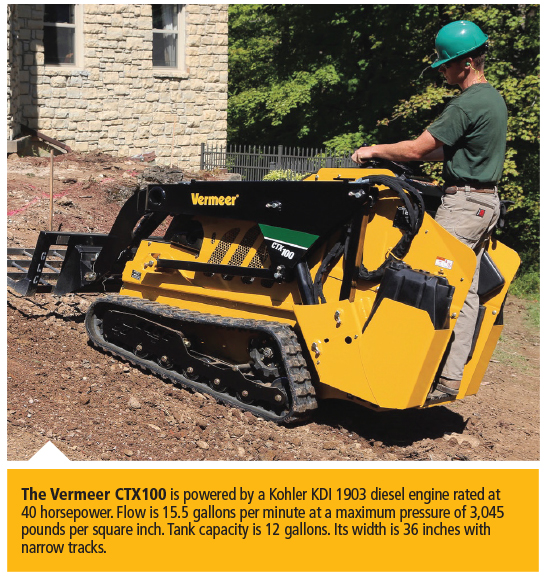 First, the TXL 2000 will have a skid steer loader attachment mount. “Essentially any attachment that can be used on a skid steer loader can also be equipped to the new Dingo TXL 2000,” says Kyle Cartwright, Toro associate marketing manager. “This is in contrast to all other Toro Dingo models, including the Dingo TX 1000, which feature compact utility mounts and utilize compact utility loader attachments.” Being restricted to CUL-mount attachments is no hardship. “Toro offers over 35 Dingo attachments to handle countless applications,” says Cartwright. But providing a skid steer mount opens up more possibilities and makes the TXL 2000 even more versatile than its stablemates.

Second, the TXL 2000 will feature telescoping loader arms. Because CULs often work in confined areas with limited access to some spots, telescopic arms can greatly improve the CUL’s ability to perform tasks by providing extended reach. Examples include filling behind a retaining wall and loading or unloading a flatbed from either side.

This certainly seems like Toro is attempting to muscle into a new category of equipment, and Cartwright confirms this. “Historically, Toro and other manufacturers tend to go bigger when looking to expand their proven product lines into other equipment classes. That’s what we’ve done with the Dingo TX 1000 and Dingo TXL 2000. These larger compact utility loaders do more than serve the traditional marketplace. They bridge the gap between two equipment classes, the CUL and the skid steer/compact track loader.”

The TXL 2000 will share features with other Dingo models, such as easy, intuitive controls and auxiliary hydraulics.

Vermeer offers four models, which they call mini skid steers. All are stand-on; all are track drive.

To help simplify service and reduce costs, Vermeer uses common components in their undercarriages where possible. The rubber-coated steel track pads have a new composite to increase flexibility and reduce cracking.

A single left-side pilot joystick controls ground drive on all models. Most models have either a two-speed switch or dual hydraulic controls. High flow is 12 to 15 gallons per minute, and low flow is around 60 percent of that. Low flow provides greater control of cylinder-type attachments, such as buckets and grapples. 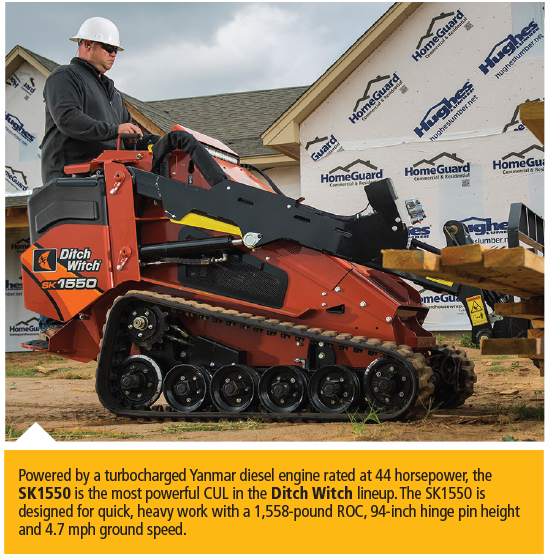 Will these larger machines encroach on market areas occupied by other types of equipment? “There is some of that,” says Newendorp, “and CULs are moving out of their traditional small sites into larger, more open sites. But mostly, CULs of any size fit a new and growing space driven in large part by labor costs and the scarcity of qualified employees.” 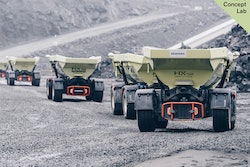 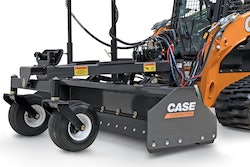 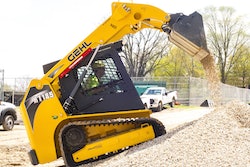 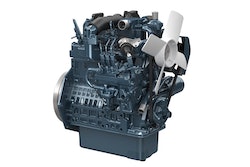