The 2017 DIRT Report, released this month by the Common Ground Alliance, estimates that underground utilities were damaged in 439,000 incidents in 2017. That’s up 5.5 percent from 2016 and up 16 percent from 2015. CGA says the rise in damage coincides with an increase in excavation activity.

Poor excavation practices caused 52 percent of the reported damages that have known root causes. Those include markers for utilities being faded or not maintained, failure to maintain clearance, failure to use hand tools where required, digging before verifying marks by a test hole, failure to shore or protect support facilities, and improper backfilling practices.

Failure to call 811 utility location service was the next highest cause, at 24 percent.

The other leading cause, at 17 percent, was insufficient utility locating practices. Those include utilities not being found or marked, poor marking and incorrect utility location records and maps.

Contractors performing water or sewer line work with a backhoe or trackhoe had the most reported damages, followed by contractors using trenchers for cable TV and water lines.

The most commonly damaged utility lines were telecommunications at 49 percent, natural gas at 28 percent and cable TV at 11 percent.

The report also found the following:

The CGA notes that it used a new methodology for the 2017 report to estimate the number of damage incidents, which brings in a much higher number than the actual damage reports it received for 2017. When looking at the actual reported damages for the U.S. and Canada, 2017 saw a slight drop from 317,869 incidents to 316,442. Both numbers though are higher than 2015’s actual damage incidents of 278,861. CGA explains that the reporting is anonymous and voluntary, and the actual reports and the estimates are still likely low for the United States.

CGA is a nonprofit association of the underground utility industry that seeks to prevent damage to North American underground infrastructure by promoting damage-prevention practices. 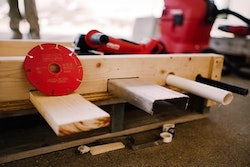 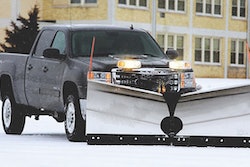 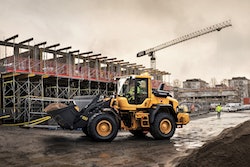