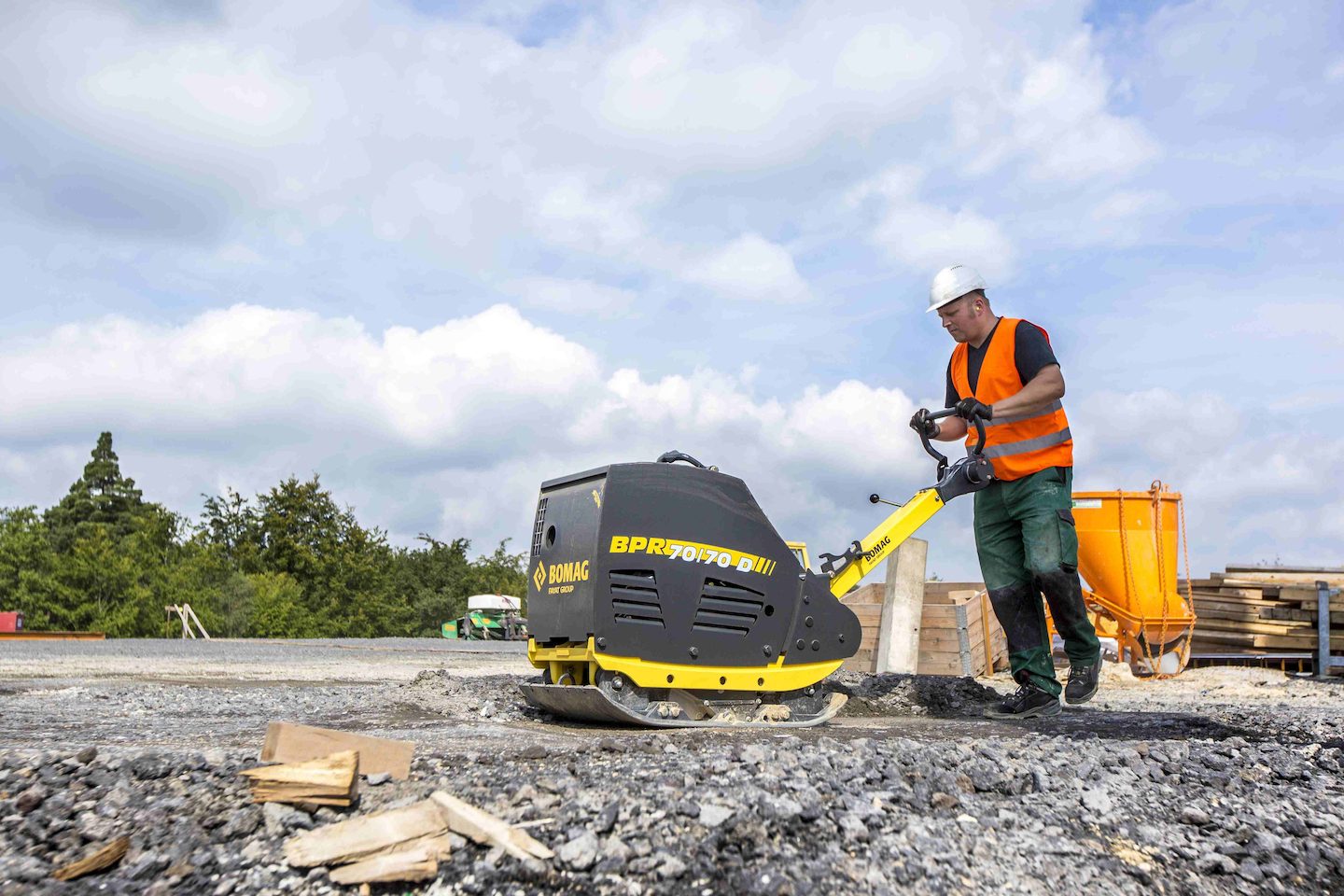 The handle is also available on other BOMAG medium and large reversible plate models, starting with the BPR 45/55 D.

The BPR 70/70 D features a longer steering rod, which requires less effort from the operator to maneuver the compactor. The steering rod can be adjusted to the operator’s height, and it can be locked in the vertical position for transport. The company says it placed the vibration and throttle controls on the steering rod to deliver quick reversal times for increased productivity.

The BPR 70/70 D has an operating weight of 1,279 pounds and produces 15,737 pounds of centrifugal force. It is designed for small to medium-sized construction sites for such tasks as compacting granular, cohesive and mixed soils; backfilling trenches and around footings; and compacting base material for driveways and sidewalks. It features an electric starter that has a warning buzzer to switch off the ignition, backup protection, and a safety crank-handle for emergency starting.

The BPR 70/70 D can be equipped with BOMAG’s Economizer, which shows the operator when optimum compaction has been achieved. The Economizer compaction measurement system saves time and money by reducing the number of passes and preventing overcompaction, BOMAG says. It also identifies weak places in the soil. A gauge mounted on the back of the protective hood displays real-time compaction progress. Lights illuminate on the gauge as the soil stiffens and reaches proper compaction.

The compactor’s engine and vital components are protected by a hinged hood that surrounds the engine. The base plate is made of cast iron to resist wear. 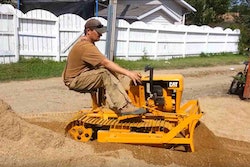 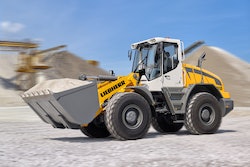 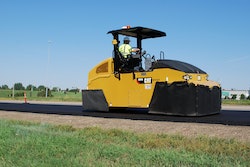 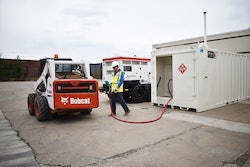