As evidence of this trend, B.J. Meier, product specialist, compact wheel loaders, Caterpillar, says he encourages dealership sales personnel to bring along a compact wheel loader when demo’ing a skid steer. (We define “compact” here as we do in the Equipment World Spec Guide as machines with up to 90 horsepower.)

There are several traits that unite these machine types; perhaps the most obvious is the ability to work in tight quarters. In this respect, skid steers rule. The ability to counter-rotate and execute spin turns makes them the best in extremely confined areas. Compact track loaders can do spin turns, but that’s tough on tracks and undercarriage components and isn’t recommended. Still, the ability to use differential steering allows CTLs to make tight turns. Compact wheel loaders can’t counter-rotate the wheels, don’t have differential steering, and therefore have the widest turning radius. Of these three equipment types, they’re the least adept at navigating confined spaces. How much does this matter?

Not much, for two reasons.

Second, compact wheel loaders are hardly awkward, lumbering beasts. They’re quite nimble. They’re not skid steers, to be sure, but they’re not motor graders, either.

So how do you decide which loader is right for you? Meier says that if your applications emphasize hydraulic power, small machine dimensions or maneuverability, a skid steer or compact track loader is the right choice. But if the emphasis is on travel speed, cab access, reach and lift, fuel efficiency, tire wear or surface disruption, then a compact wheel loader is what you want.

John Comrie, product manager of compact equipment at Volvo CE, says compact wheel loaders traditionally have a much higher rated operating capacity than SSLs and CTLs. The Volvo L20H compact wheel loader, for example, is rated at 4,500 pounds with 64 horsepower, while the highest-ROC skid steers in the current Equipment World Spec Guide, the Gehl V400 and Mustang 4000V, are rated at 4,000 pounds with 99 horsepower.

With articulation, the machine has separate front and rear assemblies connected by a knuckle (more of a wrist, really). With AWS, the rear wheels also turn. Some machines have either articulation or AWS, while some have both.

Brent Coffey, product manager for loaders at Wacker Neuson, says the company’s articulated wheel loaders are the right choice when working in confined areas with tight turns and uneven terrain. Their AWS models have a rigid, one-piece chassis with no articulation, a design that prevents shifts in center of gravity at full turn. Coffey says that with three steering modes – four-wheel, front only and crab – and a 40-degree steering angle on each axle, the AWS machines offer maximum maneuverability and stability.

Gehl 650 and 750 and Mustang 608 and 708 have 45 degrees of articulation and 10 degrees of chassis oscillation. “One critical safety concern is that operators must remember the tipping weight is lower at full turn than straight,” says Moore, “perhaps as much as 35 percent lower.”

Comrie says that while compact wheel loaders may not have the tight turning capabilities of skid steer and compact track loaders, the characteristics of their maneuverability give them an advantage in loading and placing.

One way compact wheel loaders are intruding into the market space occupied by skid steer and compact track loaders is their expanding use of attachments. To facilitate this, most CWLs have a choice of couplers. Typically, this includes the tool carrier type, which is best suited for buckets and forks, and the skid steer type, which works well with other attachments.

Standard on JCB CWLs is a tool carrier front end, which provides parallel lift with forks. A skid steer attachment is available. The SSL coupler is fully enclosed to keep out debris; there are no exposed cylinders or linkages. The bolt-on wear ears can be rotated to maximize service life and can be replaced without replacing the entire hitch. However, the skid steer attachment has more moving parts than the tool carrier front end and sacrifices that system’s low offset (zero offset on the 407 and near-zero on the 409).

Other features also support this versatility, says Jeff Jacobsmeyer, Kubota product manager for excavators, wheel loaders and backhoes. “For example, an optional quick coupler, which we have for both Euro and skid steer types, makes for fast, safe and easy bucket and attachment changes. And some models, such as our R630, come with a creep mode, which provides efficient control and operation of front-mounted hydraulic attachments.”

Yanmar introduced new compact wheel loaders in January 2017. The 61-horsepower V8 and 73-horsepower V10 are available with a choice of couplers: Schaeff and ISO on both, plus skid steer style on the V8. An optional fourth circuit control with a high-flow function further increases the attachments suitable for use with these loaders. Eric Berkhimer, product manager at Yanmar America, notes that “SmartControl and our multi-function joysticks provide fast and precise control of attachments.”

Sometimes the difference in couplers is simple, such as placement and attachment points for cylinders. Sometimes it’s more complex. In addition to having different cylinder configurations, the tool carrier and Z-bar options on the New Holland W50C have different arms – straight on the tool carrier and curved on the Z-bar. The Z-bar linkage provides maximum breakout force, digging and lifting power for high-production load-and-carry applications. For applications where self-leveling is needed, such as fork work, the W50C TC Tool Carrier model is recommended.

But just because an attachment fits, that doesn’t mean it’s wise to run it on a compact wheel loader. “Not all attachments are recommended or advisable, even if they fit the coupler,” says Brad Stemper, Case product manager, compact wheel loaders. Hammers and breakers lose impact strength because some of their energy is transmitted through a wheel loader’s larger tires rather than through the tool. Saws, stump grinders and anything that requires significant downforce are poor matches. And cold planer performance can be compromised because the tires on a CWL can bounce a bit.

Meier notes that attachments requiring high flow and pressure are better matched to skid-steer and compact track loaders for now. “Several compact wheel loaders can run 32 to 34 gallons per minute, but there’s demand for 40 gallons per minute and 4,000 pounds per square inch, especially on the 74-horsepower 906M and bigger models.” Meier says customers want the extra hydraulic power for both attachments and drive.

Volvo offers a high-flow option, but Comrie says “high flow” is relative; what’s high for a compact wheel loader is significantly lower than the flow offered by the largest skid steer and compact track loaders. Even so, it’s adequate to run 80 percent of high-flow attachments.

Speed, fuel efficiency and other advantages

While compact wheel loaders may concede some performance in the turns, their straight-line speed puts them well in front of skid-steer and compact track loaders. And even higher speed options exist. Rupert Bradley says that high-speed options bump travel speeds to 21 mph on the JCB 407 and to 25 mph on the 409. And with their more forgiving ride quality, compact wheel loaders provide much greater operator comfort at speed.

Jacobsmeyer cites a number of other advantages that compact wheel loaders have over skid steers and compact track loaders. A higher seating position gives the operator a better view of the worksite and during truck loading. Articulation keeps all four wheels on the ground in uneven terrain. Entrance and exit for the operator are more convenient than crawling over a bucket or loader arms of a conventional skid steer or CTL. The Kubota R530 and R630 have standard four-wheel drive and a joystick-mounted forward and reverse switch that allows direction changes on the fly without clutching or braking.

This difference in engine operating speed also supports a higher percentage of residual value for CWLs, since buyers of used compact wheel loaders know these machines were not thrashed throughout their working hours the way skid-steer and compact track loaders can be. And higher residual value supports the lower total O&O costs for CWLs. Other factors include far lower tire wear and no undercarriage to maintain and repair.

Initial investment is higher for a compact wheel loader; it is simply a larger, heavier machine than a skid steer or compact track loader. The cost difference depends on the basis of comparison. Are you comparing two machines of similar breakout force? Standard bucket capacity? Rated horsepower? The difference may be less than 20 percent or as much as 70 percent.

Comrie points out that CWLs have three to four times longer service life than skid steers. Longer service life coupled with other factors yield total O&O costs of 40 to 50 percent lower for the compact wheel loader.

Compact wheel loaders already have an advantage in reach and lift, and now several manufacturers are adding telescopic booms to their CWLs. The telescopic Gehl T750, projected for release later this year, will have a 16-foot, 6-inch pin height.

Have it your way

Case has two styles of service brakes available on the 221F and 321F, traditional outboard wet discs and a caliper-style brake on the output shaft that applies braking force to all four wheels. “The idea is to offer reduced product complexity and service complexity and a lower initial cost.” Other options in the Case lineup include cold-weather packages with a heavy-duty battery, engine block heater and low-temperature hydraulic oil, as well as LED work light packages.

Miller divides Deere CWLs into two groups – the 204L and 304L in one and the 244K-II and 324K in the other. In addition to Articulation Plus steering, the 244K-II and 324K have other standard features, such as a return-to-dig mode and an enclosed cab. The 204L and 304L are offered as simpler, lower-cost machines with limited electronics and an open ROPS cab as standard. “This is in response to customer interest in simpler machines that are easier to service and have lower initial costs,” says Miller. Although the lack of electronics precludes JDLink on these models, features such as ride control are available on all four. Ride control relies on cylinder damping, not electronics. It is on/off on the 204L and 304L, and on/off/auto on the 244K-II and 324K, with the auto mode engaged according to travel speed. 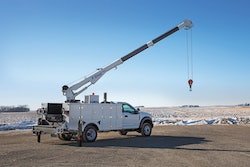 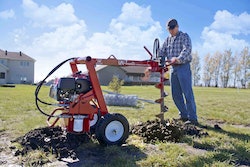 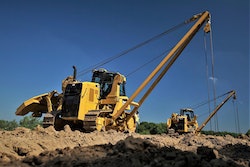