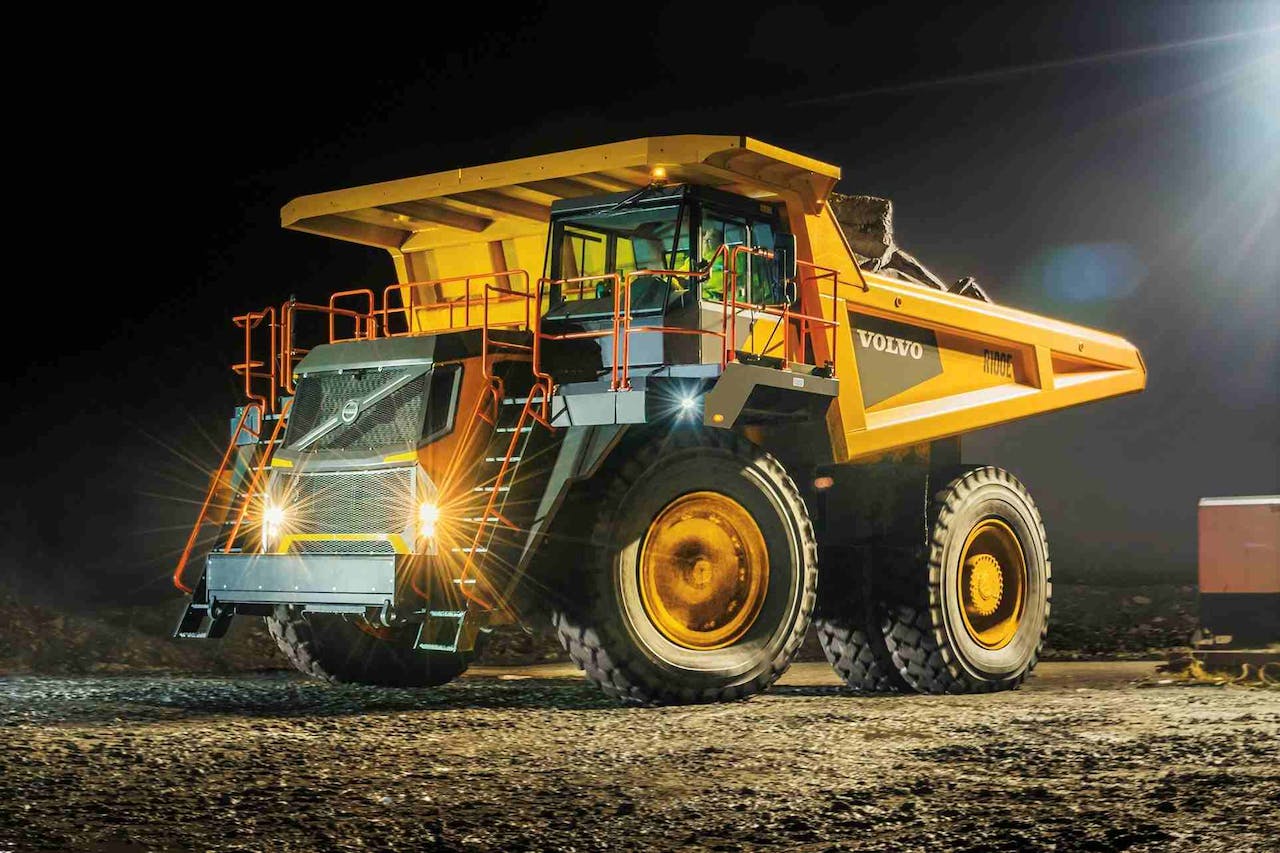 The R100E is the flagship model of Volvo’s new rigid hauler lineup and features an all-new design.

Four years after its purchase of Terex Trucks, Volvo has decided to launch a lineup of rigid haulers under its own brand for the first time.

The lineup consists of four new machines: the 45-ton R45D, 60-ton R60D, 72-ton R70D and the 100-ton R100E. Volvo says the haulers will launch in the second quarter of 2018, but the release will be limited to lesser regulated markets, which obviously excludes North America.

The new haulers will be manufactured at Volvo’s Motherwell production facility in Scotland and sold through Volvo’s dealer network.

Volvo says development of these new haulers “relied heavily on the longstanding rigid hauler expertise…of Terex Trucks.” In fact, the three D-Series haulers—the R45D, R60D and R70D— are based on the existing Terex TR-Series. Volvo says the development of these machines “followed an in-depth engineering review ensuring that the machines meet the standards expected from Volvo products,” and included improvements such as greater visibility and safety systems. 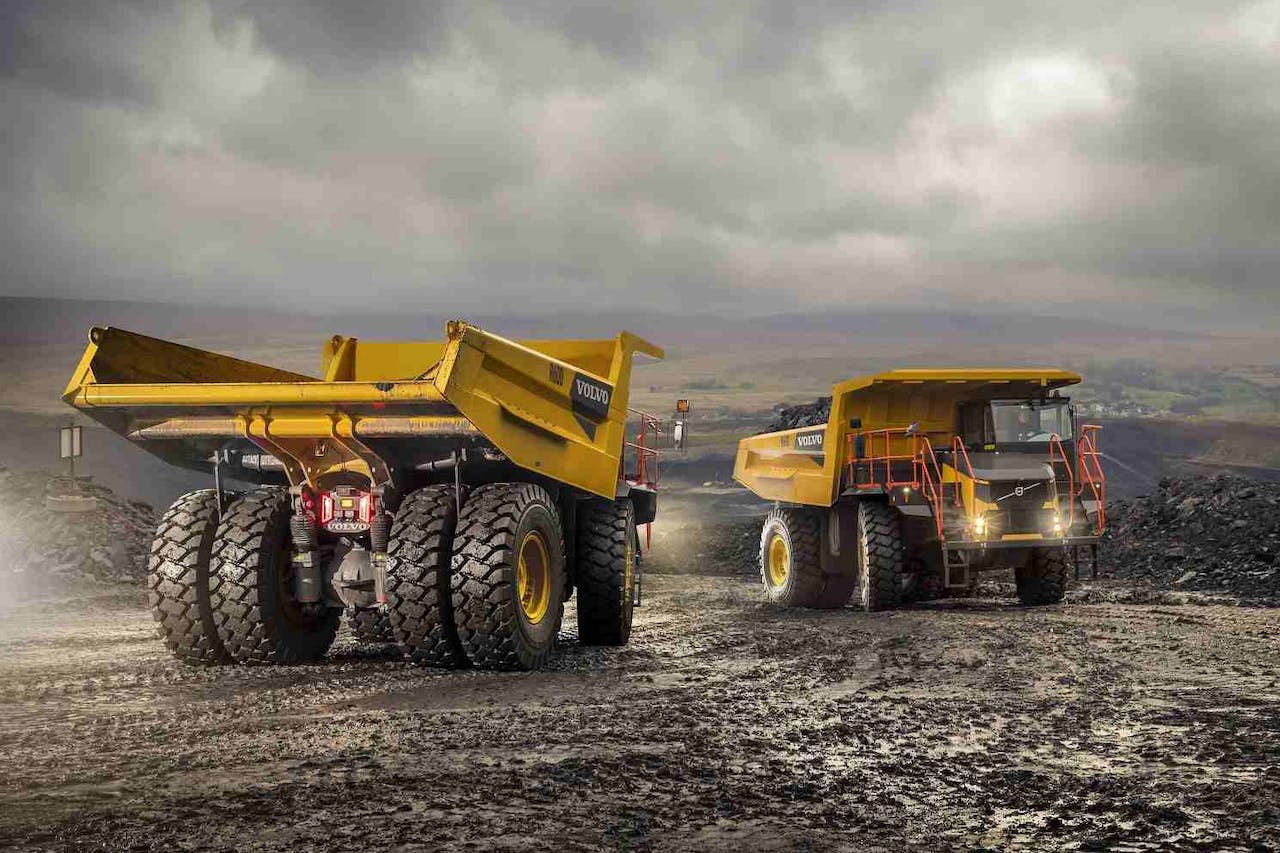 The ultimate result of this introduction means the eventual end of Terex Trucks rigid haulers. Volvo says that “over time” it will end production on those Terex-branded machines. However, the company notes that this move “has no bearing” on Terex Trucks-branded articulated haulers which will “continue to be designed, built and developed.”

“Our purchase of Terex Trucks in 2014 was a strategic decision that allowed Volvo to offer customers a rigid hauler option,” says Thomas Bitter, Senior Vice President of the Marketing and Product Portfolio (MaPP) function at Volvo CE. “Since then, we’ve been working to design a completely new rigid hauler that builds on Terex Trucks’ 84-year heritage, while also incorporating Volvo CE’s industry-leading technology and core values of quality, safety and environmental care. Today we move to the next stage, and the new Volvo machines, especially the E-Series R100E, are the outcome of this work. We’re confident that they will impress customers working in the mining and quarrying segments.” 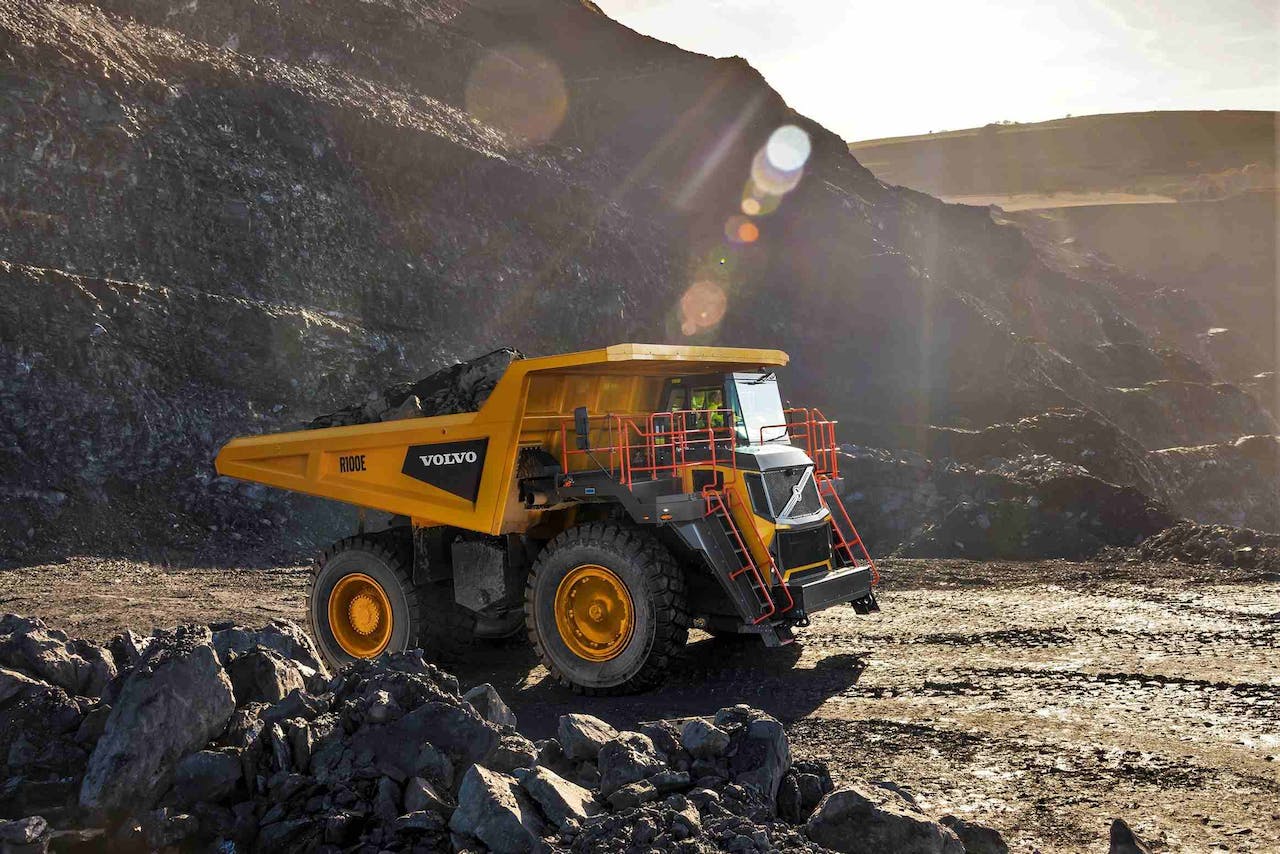 Volvo says the flagship of its new rigid hauler lineup is the R100E. Unlike the R-Series haulers, this E-Series 100-ton machine is a “completely new machine,” Volvo says, and features new technologies and a new design.

“Terex Trucks’ rigid haulers are known for performing well in tough conditions, while also being easy to maintain and delivering low cost of ownership,” says Paul Douglas, Volvo CE’s Vice President of Rigid Haulers and Terex Trucks. “Our proven design has provided a strong DNA on which to help develop Volvo CE’s innovative entry into this product line. The new E-Series R100E is a completely new machine that delivers stability, a long service life, high profitability, durability and comfort. And moreover, it’s quick and simple to operate and maintain.” 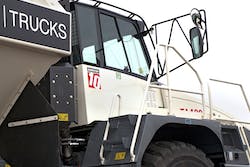 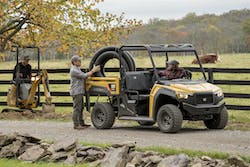 What to see at World of Concrete 2018: Cat UTVs, Bobcat, Case in the Central Hall 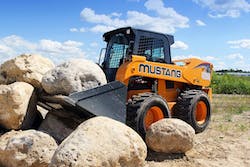 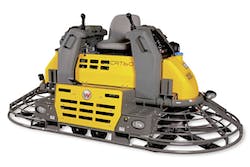 What to see at World of Concrete 2018: Chicago Pneumatic, Doosan, Wacker Neuson in the Silver Lot