Caterpillar has launched a new engine that will serve as a blueprint for many of the company’s engines to come.

“In many cases this allows our customers to use a 9-liter engine in a space where they traditionally used a 13-liter engine,” said Massey.

Part of the weight savings comes from a new exhaust aftertreatment system, which is 39 percent smaller and 55 percent lighter, said Massey. It combines the DPF and DOC into a single can configured as a module so OEMs can position it in different locations about the engine for installation flexibility.

An inlet throttle valve is the engine’s primary technology for managing heat and in-cylinder dosing for DPF regeneration. A high-efficiency, selective catalytic reduction (SCR) system enabled Caterpillar to eliminate exhaust gas recirculation (EGR) in the engine. No EGR means less plumbing on the side of the engine, fewer parts and reduced service requirements. This will enable some customers to optimize and reduce the size of their cooling packages, Massey said.

“The second key area we’ve upgraded is a new high pressure common rail fuel system,” said Massey. “That is optimized for the performance requirements of our customers.” In most applications, the new fuel system will eliminate the need for fuel coolers, further simplifying the design, he said. Other benefits Massey cited include a cold start capability down to minus 20 degrees Centigrade without aids thanks an active speed timing system.

A single ECM controls the engine, fuel and aftertreatment, rather than multiple control units. The new ECM also has about 13 times more processing power than previous systems and a two-wire Ethernet, Massey said. “That allows customers to do more advanced data analytics and more advanced product support and integration into the broader digital strategies we have in Caterpillar.”

Caterpillar is offering the C9.3B in two types of packages, says Massey. One is just the engine and aftertreatment for customers who do their own integration. The second, more comprehensive package includes engine, aftertreatment, cooling package, air cleaner control module and a range of other attachment options for customers with lower volumes and less design capability.

The C9.3B is being built in Caterpillar’s new engine plant in Seguin, Texas, just outside of San Antonio. Cat started taking orders for the new engine this September, and the first engines will ship starting March 2018.

The engines meet the requirements of the EPA Tier 4 Final and EU Stage V emissions regulations. There is also development ongoing for versions of the C9.3B in lesser regulated markets. “A lot of Cat’s engine customers ship machines globally,” said David Nicoll, global marketing director. “They like to take one engine that will meet different emissions standards and drop it into the same space; do the engineering once, but still meet the different emissions regulations.”

Caterpillar also “pre-announced” in November a redesigned C13B engine, which will have many of the same features as the C9.3B. The 13-liter engine is currently in the R&D and validation stage, said Nicholl, with a production timeline around 2019 or 2020. The company is also working on new designs for its 3-liter offerings including the C2.8 and C3.6. 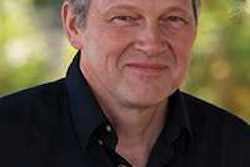 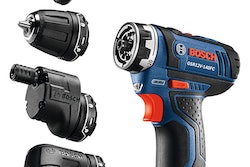 8th Day of Construction Gifts: Bosch FlexiClick 5-in-1 is a compact drill that adapts to the job 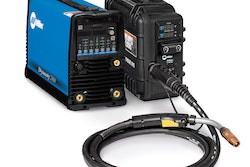