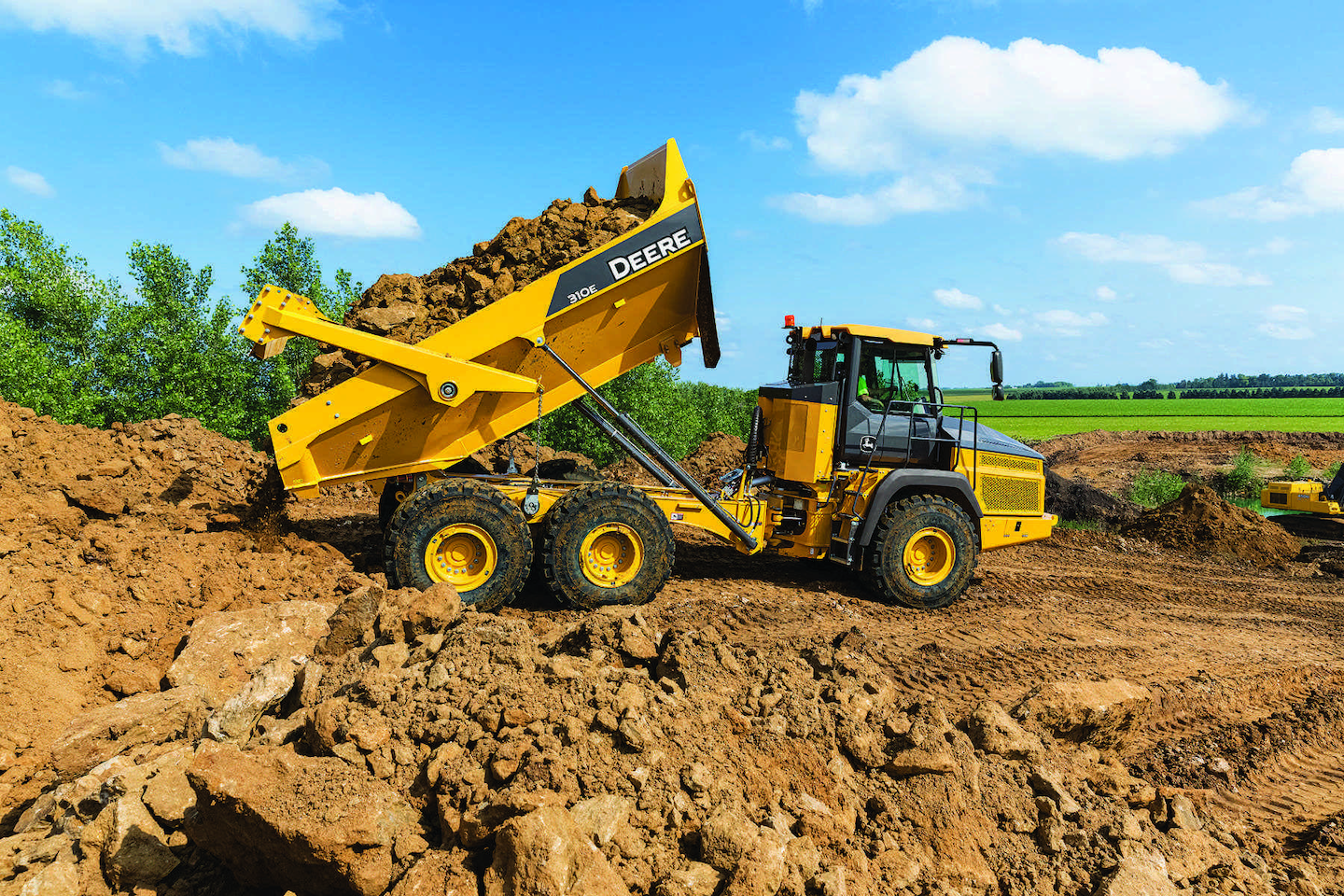 Both models run on a John Deere PowerTech 9-liter Final Tier 4 engine. The 26-ton 260E is powered  by a 321-horsepower engine, and the 31-ton 310E has 354 horsepower. The ZF transmission increases the trucks’ retardation capacity by 125 percent over previous models. It comes with eight forward and four reverse gears.

The trucks’ interior is quieter, with decibel levels cut in half from previous models, Deere says. An LCD screen provides onboard diagnostics, digital gauges and vital system indicators. Owners can also set the auto-shutdown function to turn off the engine when it has been inactive for a specified amount of time. 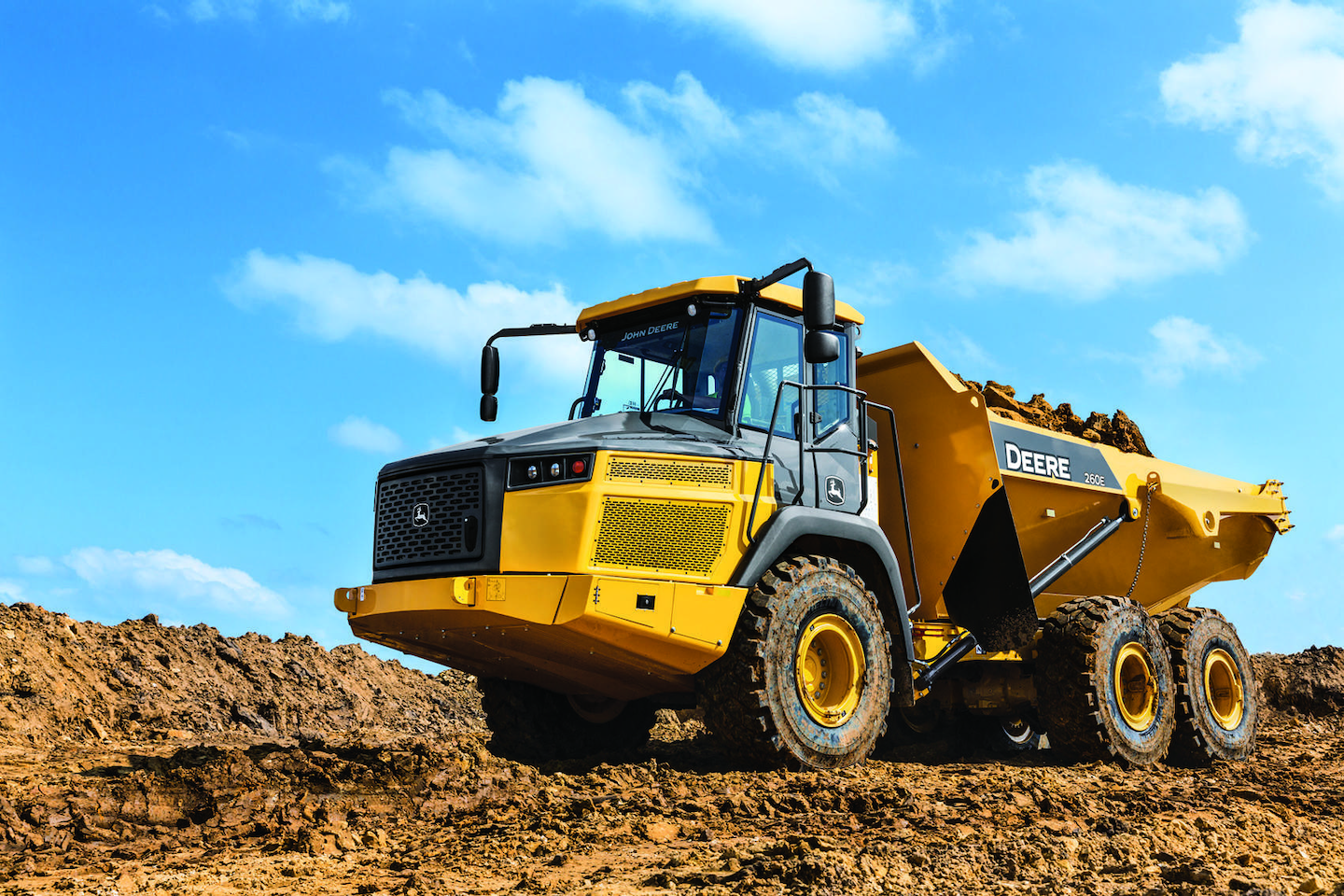 Deere’s new 26-ton 260E articulated dump truck is powered by a 321-horsepower engine. It and the 310E come with updated styling, cabs, frames and axles from their D-Series predecessors.
Read Next