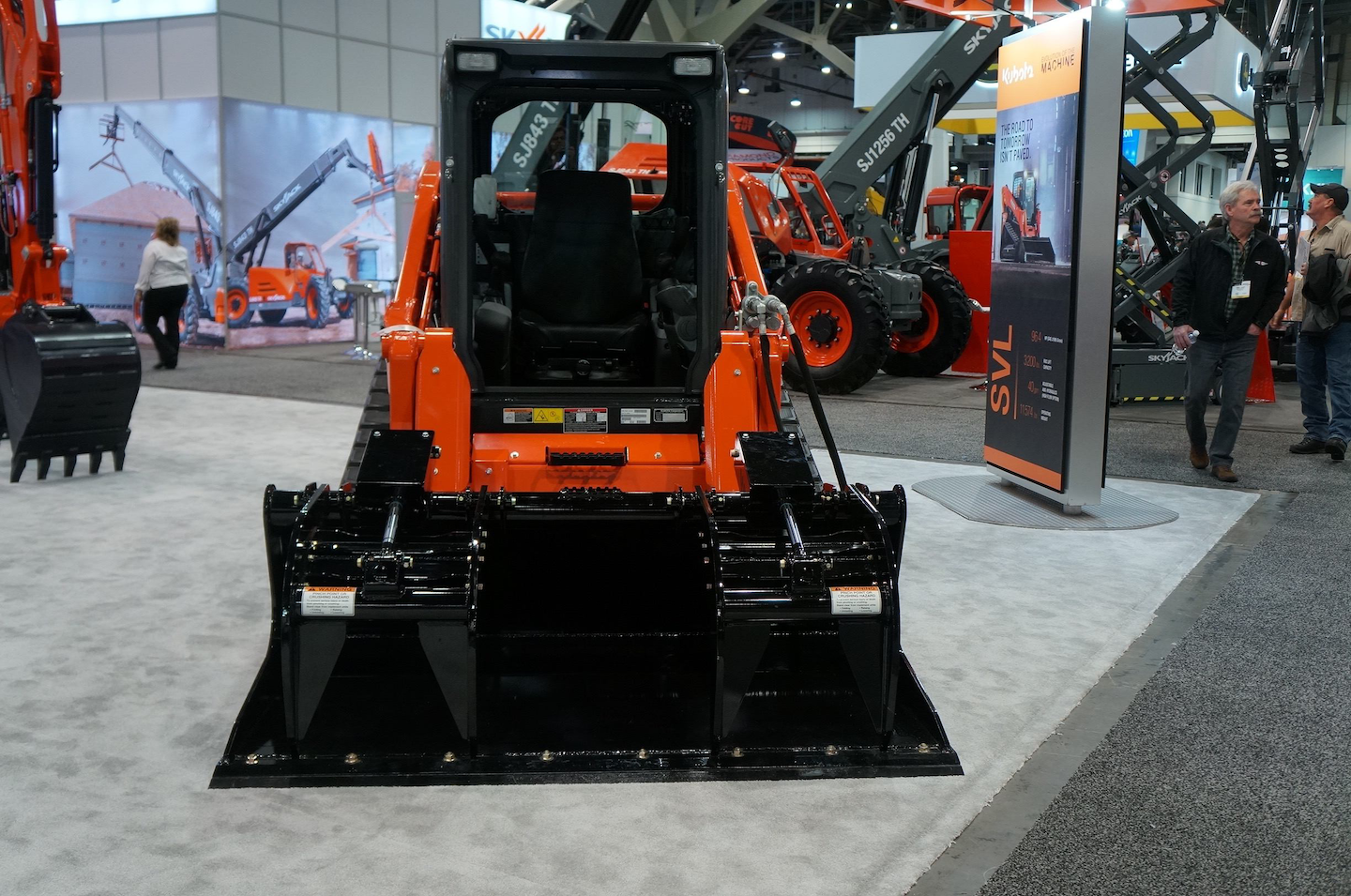 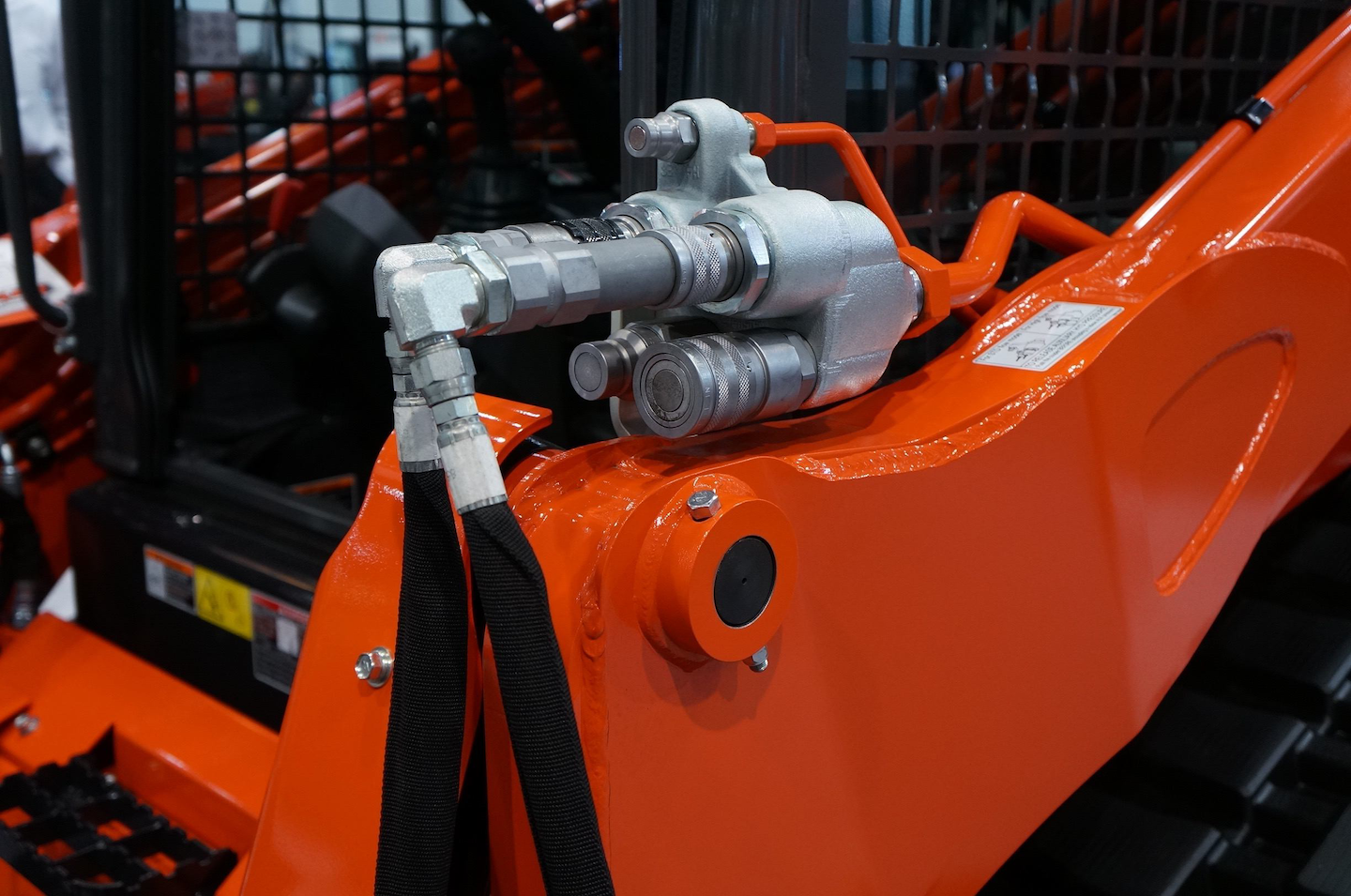 The high-flow model enables customers who like the compact size of the SVL75-2 to stay with that size and still have the ability to use high-flow attachments such as sweepers and trenchers, says Jorge De Hoyos, senior product manager for skid steers and CTLs. The hydraulic manifold now features both ½-inch and ¾-inch auxiliary couplers. “With the adjustable high-flow hydraulics on our auxiliary couplers,” he says, “we are matching some of the versatility you get with the larger SVL95-2 model” introduced last year.

Hydraulic flows on the 2,300-pound operating capacity machine have increased from 17.4 gpm to 29.3 gpm. The majority of the SVL75-2 with High Flow specs remain the same as the conventional model, with the exception of slight modifications to the model’s cooling package, to take into account the extra heat that high-flow hydraulics generate. “We changed the rear door louvers, making them a bit thinner, and changed the angle from 52 to 45 degrees, so they open up the back a bit more, while still providing protection,” De Hoyos says. All hydraulic pumps and motors, however, remain the same from the standard model. 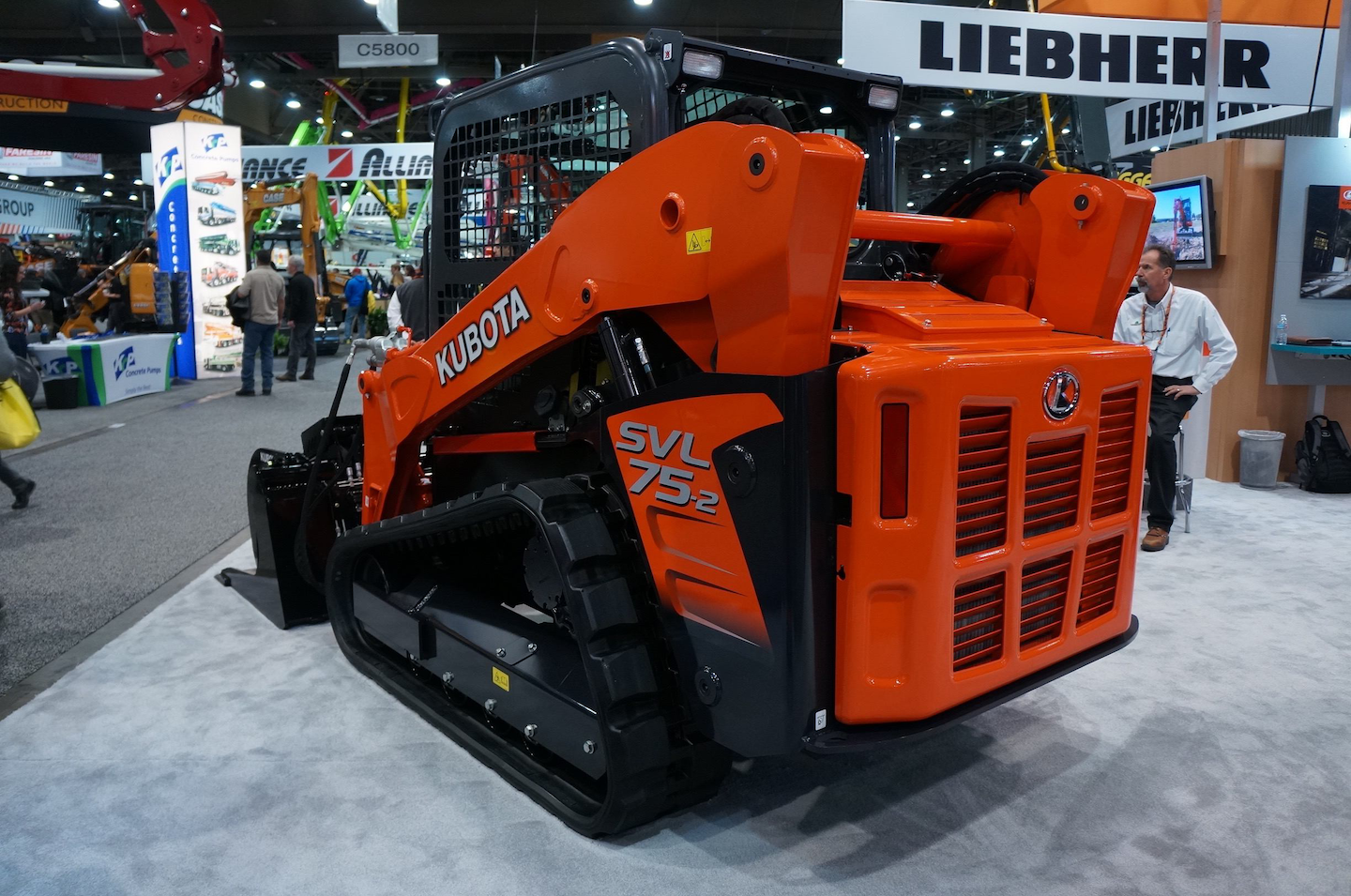 Louvers on the rear door have been redesigned to take care of the higher heat high-flow hydraulics generate.

And starting with this month’s production, all SVL75-2 units, whether high-flow or not, will feature the multi-function control levers introduced in Kubota’s skid steers last year. “You no longer have to buy a third handle because these levers have everything to control an attachment,” De Hoyos says. “Everything’s at thumb’s reach.”  The levers include such functions as speed, auxiliary electrical control, attachment controls and float.

The machine has a bucket breakout force of 6,204 pounds and a lift arm breakout at 4,766 pounds. The SVL75-2 is powered by a 74.3-gross-horsepower, four-cylinder Kubota diesel, which uses a diesel particulate filter to meet Tier 4 Final emissions standards. The machine has a 24.6-gallon fuel tank.

The main frame and undercarriage on the unit are one piece, welded together to provide structural strength. The angle track frame cover prevents soil from accumulating during operation.