The new CX490D and CX500D are now the largest D Series models and will replace the 47-metric ton CX470C, Case says. The two machines provide cycle times that are up to 10-percent faster, more responsive controls and better fuel efficiency than the 470C.

Both new models are powered by 362-horsepower Tier 4 Final engines that meet emissions standards through selective catalytic reduction (SCR) and a diesel oxidation catalyst (DOC). This combination eliminates the need for a diesel particulate filter (DPF) and the associated regeneration times.

Case says the 500 is designed specifically for mass excavation and features a special heavy-duty attachment coupler, larger bucket cylinders and optimized kinematics that enable it to work with larger buckets than the 490.

In addition to a stronger and more durable design for the arm and boom, both machines feature an undercarriage built with thicker steel and a new single-slope design that reduces dirt accumulation and makes cleanout easier.

Case says operators can expect faster cycle times with the 490 and 500 thanks to a new electronically controlled pump, a larger control valve and multiple sensors working along with the company’s Intelligent Hydraulic System. The system, Case says, works to make use of the machine’s hydraulic power and momentum through four integrated control systems:

•   Auto Economy Control (AEC): Reduces rpm during idle and automatically shuts down the engine after a preset time

Improvements to the SSC also allow these excavators to re-use hydraulic fluid whenever possible in order to improve cycle times and efficiency.

In addition to these hydraulic control modes, operators can select from three working modes: Speed Priority, Heavy and Automatic which tailor machine energy to the power needed for the job at hand. A Free Swing feature comes standard on all D Series excavators and boosts performance in craning, laying or lifting offset loads. Operators will also be able to choose between ISO and SAE controls with an easy pattern selector.

Inside the pressurized and iso-mounted cab, operators will find best-in-class cab space, a standard Bluetooth radio and the feed from a standard rearview camera on a 7-inch widescreen monitor. And because each D Series excavator comes with a three-year Advanced Case SiteWatch telematics subscription, operators can access real-time performance, fuel consumption, operating hours and other machine data. 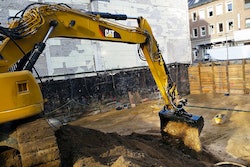 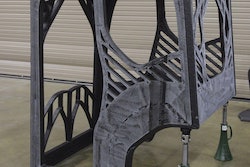 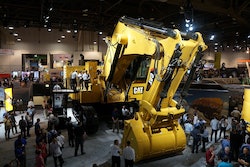 PHOTOS: The giant trucks, dozers and diggers of MINExpo 2016 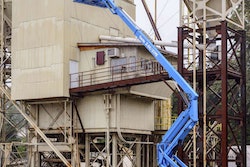