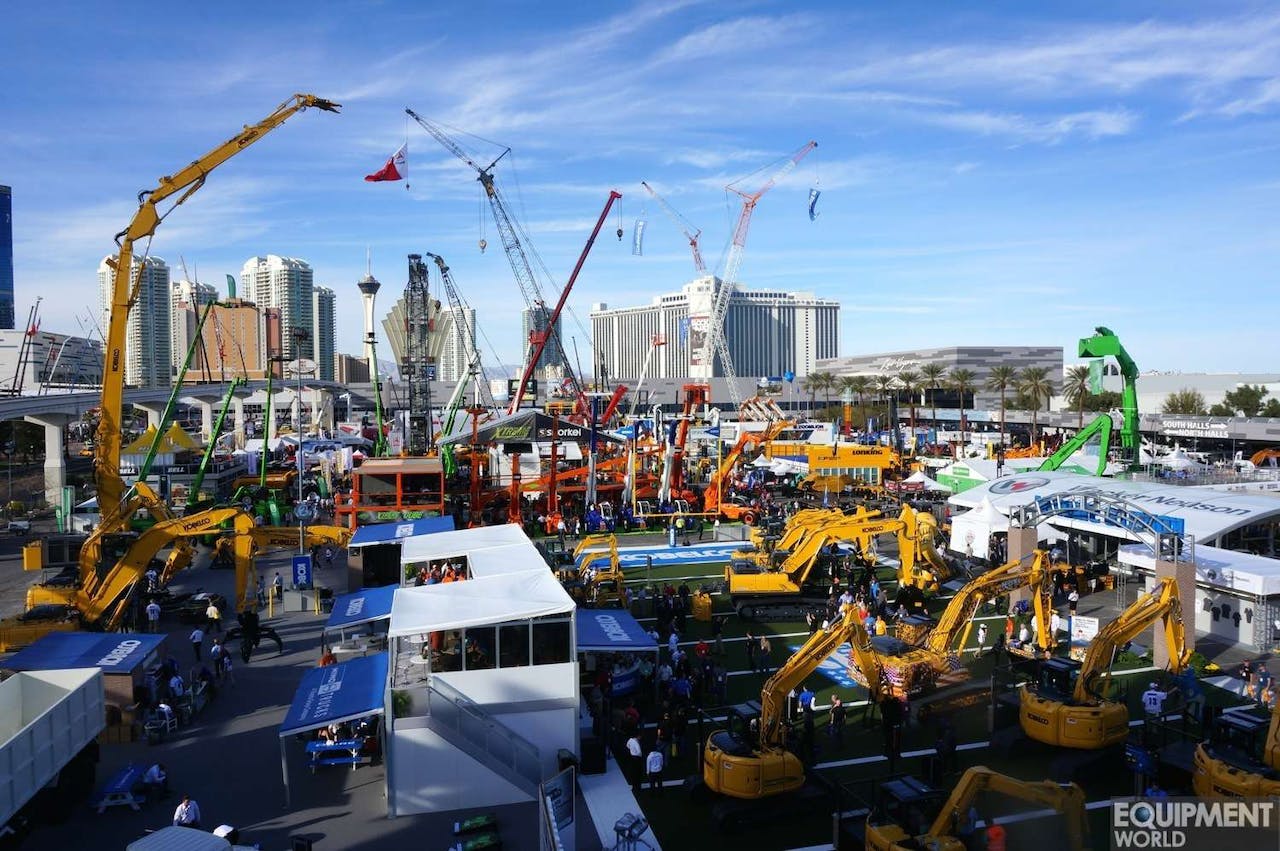 During a ConExpo-Con/Agg exhibitor event this week in Chicago, further details emerged about the show’s headliner 75,000-square-foot Tech Experience, which will showcase the previously announced 3D printed excavator. The exhibit will be located in Silver Lot 3 in front of the South Hall.

“With the tech experience, we want to show the equipment industry as a thought leader,” says Matt Pensinger with Jack Morton Worldwide, which has partnered with show sponsor Association of Equipment Manufacturers to produce the exhibit. “We want to show a more holistic view of how this industry is leveraging technology to drive business.” One obvious target for this message: young attendees. 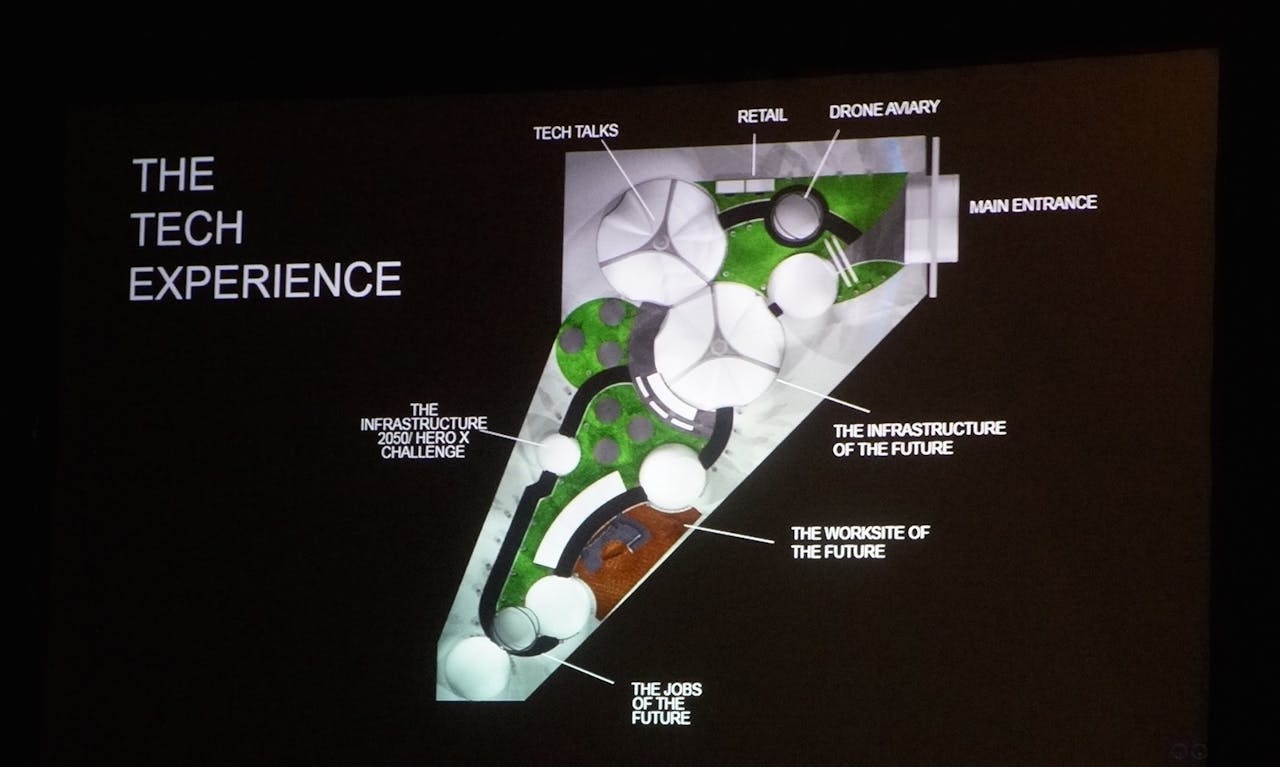 Persinger calls the Tech Experience a “Tomorrowland-type” design, with open spaces that allow people to flow in and out between zones. Close to the entrance will be a “drone aviary,” an enclosed area that will showcase drone development, and allow for drone demos.

Spotlighted throughout the exhibit will be materials, techniques and equipment in changeable displays in three primary zones. For instance, the “Infrastructure of the Future” zone will examine such things as sensor-connected bridges, programmed materials, self-healing building materials, dynamic paints and hyper connectivity and transport.

Within the “Jobsite of the Future” zone, attendees will get information on telematics, autonomous machines, safety wearables, sensors and holograms. And the “Jobs of the Future Zone” is designed to give young people and job seekers an opportunity to share information on their training and skills, plus explore ways that augmented reality, virtual reality and gamified learning might play a role in upgrading their skills.

“We want to make sure this offers a robust engagement experience, and gives attendees the opportunity to really learn,” Peringer says. “It will be part show and part museum, with an interactive experience map both onsite and in the ConExpo app.”

Badges will not be mailed before the 2017 show, says AEM’s Dana Wuestoff; instead they can be picked up either at the show or at 12 remote locations throughout the city, including several major hotels and the airport. (You will not be able to register at these remote badge pick-up locations, however.)

The ConExpo badge-pack includes a 3-day Las Vegas Monorail pass, transport on show shuttle buses, access to the show on all five show days, entrance to the Tech Experience and discounts at various Las Vegas bars and restaurants. Show organizers are also exploring Uber and Lyft discounts. Early Bird pricing is $149 per ticket through Jan. 13; advance pricing from January 14-March 6 is $195; on show days, ticket prices go up to $249.

In addition to the usual onsite eating venues, the 2017 show will also have a food truck alley.

“We’re urging everyone to get their hotels and flights now,” says Steve Suhm with AEM. Space will especially be at a premium since the NASCAR Kobalt 400 race at the Las Vegas Motor Speedway takes place at the end of the week.

Behind-the-scenes technology will also allow exhibitors to track attendee movements while in their booth, enabling exhibitors to take a deeper dive into what attracts show goers.

Instead of a bar code, the 2017 show badges will have QR codes containing the attendee’s contact information, which can then be scanned by exhibitors. “This will give us cloud-based, real-time information,” says Wuesthoff.

The show badges will also have an additional piece of technology: a Scrabble-piece size Bluetooth Low Energy (BLE) device called an “eventBit,” using a technology similar to that used in Fitbits. “This gives exhibitors a new way to understand attendee behaviors,” says Mike Godsey with Experient, the ConExpo partner behind eventBit.

In essence, the badge becomes a wearable beacon, sending a continuous signal with an ID number. Because of personal privacy concerns, Godsey is quick to point out that only the demographics of the badgeholder—such as that person’s position and the type of construction they are in—can be read by cellular-powered hubs that exhibitors may choose to place in their booths. If the QR reader in the front of the badge is scanned, the remaining contact information becomes part of an exhibitor’s lead-retrieval process.

The eventBit information is designed to show booth traffic flow statistics. Exhibitors can put a hub on a piece of equipment or in a demonstration area, for example, and get information on what types of buyers are attracted to that particular machine or demonstration. These time-stamped analytics will show such things as aisle traffic (who passed by), booth traffic (those who stay in the booth for a certain time) and dwell time (how long people stayed in a booth). “It’s also a way for exhibitors to sort leads,” Godfrey says. “If a lead has stayed in the booth for a certain time, you know they were interested.”

And what about those privacy concerns? “We make sure all attendees know about it,” Godfrey says. “We’ve used it in four shows so far, and we’ve seen only 1 to 2 percent of attendees at those shows remove it.” Although this feature will not be available at ConExpo, Godfrey says attendees could also make use of this technology to view a post-event map of where they went on the show floor, which might come in handy when sorting out the information overload they face afterwards. 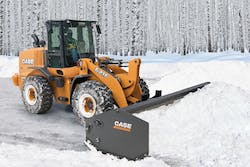 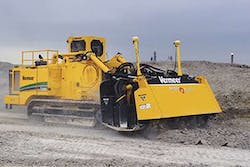 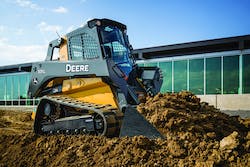 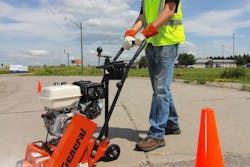