The machines are more powerful as well, with horsepower ratings the company says are comparable to a small backhoe or crawler, while increasing capacities up to 3,700 pounds and boosting breakout force by 40 percent.

Deere has also increased auxiliary hydraulic flow and power on these machines, expanding the number of attachments that can be used through the Quik-Tatch system. The hydraulic lines and wiring have also been re-routed through the boom to better protect them and keep them out of the operator’s line of sight.

Inside the cab operators will enjoy better visibility, easier entry, more legroom and less noise. Deere says sightlines to the bucket corners, the edge of the tires or tracks and the jobsite ahead are unobstructed while an optional rearview camera can be displayed on a secondary monitor. An LED front and side lighting package is available as well.

The machines also offer a choice between standard EH ISO controls, (EH) ISO joystick controls or options that are switchable between ISO- and H-patterns, or EH 3-way switchable controls that allow operations between ISO- or H-pattern, or hand and foot controls of operation within the same machine. 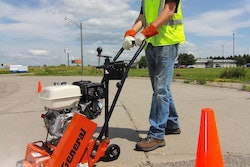 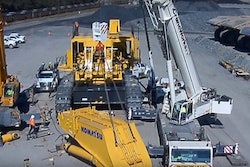 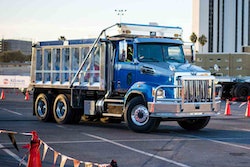 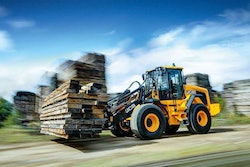