Along with the unveiling of its new 2017 MP Series engine models, Mack Trucks announced that it will offer Predictive Cruise, an intelligent system that memorizes a route when cruise control is on, storing up to 4,500 hills in its memory.

The next time the driver travels the route, Mack Predictive Cruise engages Mack’s mDrive automated manual transmission to choose the most fuel-efficient gear.

Mack Predictive Cruise monitors driver speed, engine load, weight and the road grade in order to select the best gear for the road ahead. When approaching an incline, Predictive Cruise allows slightly more speed. mDrive then maintains the highest gear possible instead of downshifting, remaining in that gear and preventing downshifts if they are not needed to crest the hill.

Mack says maintaining the highest gear possible is more fuel efficient, noting that Predictive Cruise can increase fuel efficiency by up to 1 percent and does not require a constant GPS connection. After a short connection to GPS, Mack Predictive Cruise recognizes the hill, sends the communication to mDrive, which automatically knows the optimal speed and gear strategy for the upcoming terrain.

“You could lose the GPS signal, but it already knows the route,” Russoli says. “The object [climbing a hill] is to not downshift. This already knows you’re coming off the top of the hill, so its already giving you less fuel.”

When traveling downhill, Mack Predictive Cruise maintains vehicle speed, utilizing kinetic energy and softly applying the engine brake. Because the hill is stored in the vehicle’s memory, Russoli says Predictive Cruise recognizes it and knows when the gradient will even out, allowing the truck to maintain its speed for the next hill. 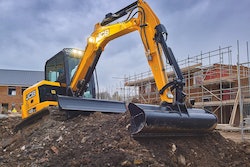 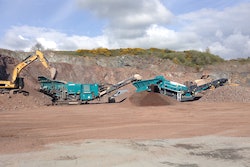 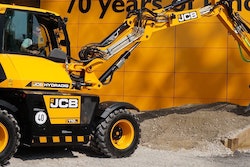