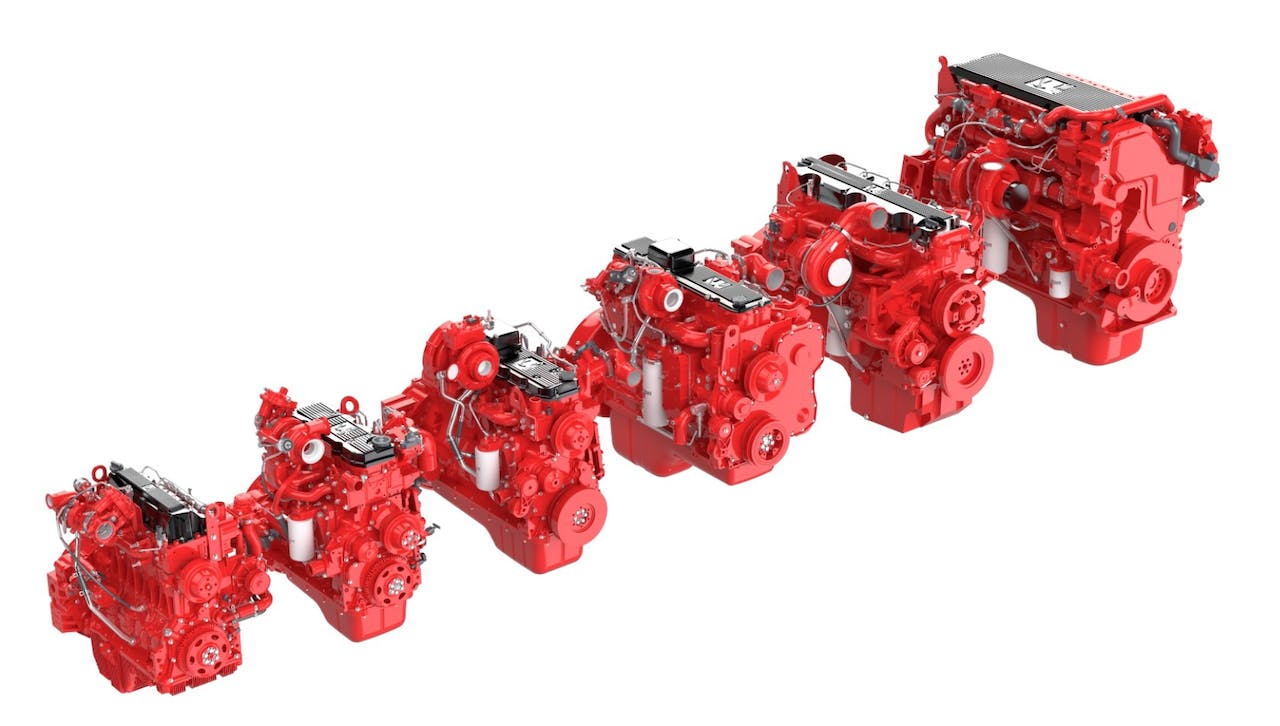 Last year every major diesel engine manufacturer in the world announced at the Intermat trade show (France’s equivalent of ConExpo) that they were ready to meet Europe’s Stage V emissions regulations for off-road engines. This year at the Bauma show in Munich, Germany, Cummins unveiled a series of engines that not only meet the standard but eliminate a lot of the issues and complexities that existed with previous generations of emissions compliant engines.

In the United States diesel engine emissions are governed by a “Tier” system, the latest of which is Tier 4 Final. In Europe roughly the same emissions targets are designated as different “Stages.” Stage 4 is the current regulatory requirement, but Europe has required all diesel emissions to meet a new Stage V level of emissions by 2019, which further reduce particulate matter in the exhaust. 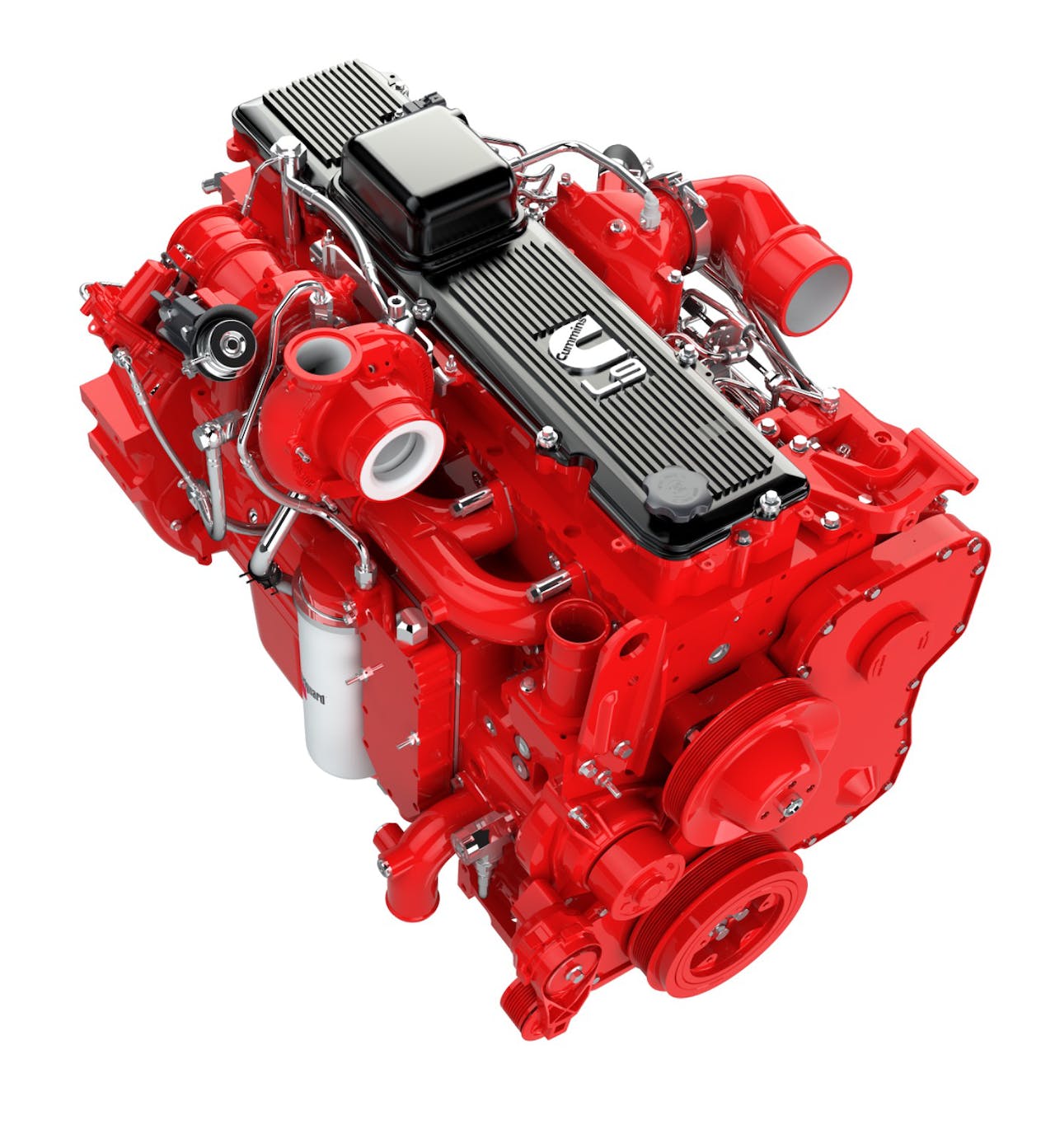 While there are no active plans to introduce an equivalent Tier 5 regulation in the United States, Cummins officials we spoke with said there is a good possibility that environmental regulators in America will eventually adopt similar regulations, although probably later than Europe’s deadline for Stage V.

As it turns out, Stage V is not a particularly difficult target to meet and most engine OEMs simply tweaked their engine operating parameters and/or the diesel particulate filters and diesel oxidation catalysts to hit the targets.

Last year at Intermat, Cummins talked about their EcoFit “one can” solution to the Stage V regulations, a combination diesel oxidation catalyst, diesel particulate filter and selective catalytic reduction (SCR) system in one module. For the Stage V engines, they are using a similar one-can approach only calling it the Single Module aftertreatment.

The Single Module combines the the SCR with a DPF that has greater ash holding capabilities. These new engines do not require any exhaust gas recirculation (EGR) making them less complex than previous generations of engines. What’s more, the Stage V engines can run on high sulfur fuel without the need for modifications, making these truly “one world” engines

The new Cummins engines include the F3.8, B4.5, B6.7 and L9 engines ranging from 100 to 430 horsepower. On average, the power output of the engines increased by more than 10 percent and torque went up 20 percent compared to similar Tier 4 Final/Stage 4 engines without increasing displacement size, says Jim Fier, vice president of engineering.

Electronic engine management on the Stage V engines enables a start-stop function which will reduce excessive idle time and offer the potential to reduce fuel consumption between 5 and 15 percent. The company is claiming a total “fluid” cost (diesel fuel plus diesel exhaust fluid or DEF) reduction of around 3 percent depending on application, says Fier.

With the elimination of EGR, less hot exhaust gas is pumped back through the engines, resulting in lower cooling requirements and smaller cooling packages. In addition to making the engine footprint more compact a side benefit of the cooler running engines is that oil change intervals will be extended to as long as 1,000 hours.

Cummins has also designed these engines to run on a single turbocharger. The F3.8, B4.5 and L9 engines get high-efficiency wastegate turbos, the B6.7 keeps its current Holset variable geometry turbo.

Also announced at Bauma, Cummins will be introducing it’s Connected Diagnostics telematics program to the off-highway engines, 3.8 liter and larger, starting in October. The system sends operators and fleet managers fault codes and other engine operating and diagnostic information to aid in troubleshooting and reduce downtime. The system is currently used with Cummins on-highway engines, and with the installation of a telematics device will be compatible with most Cummins off-road engines. 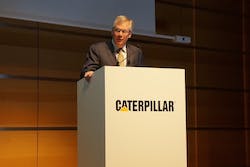 Cat’s Oberhelman: “Welcome to the age of smart iron” 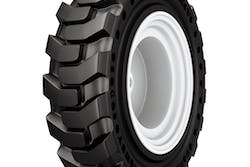 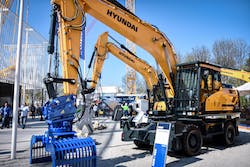 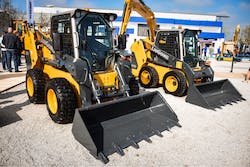