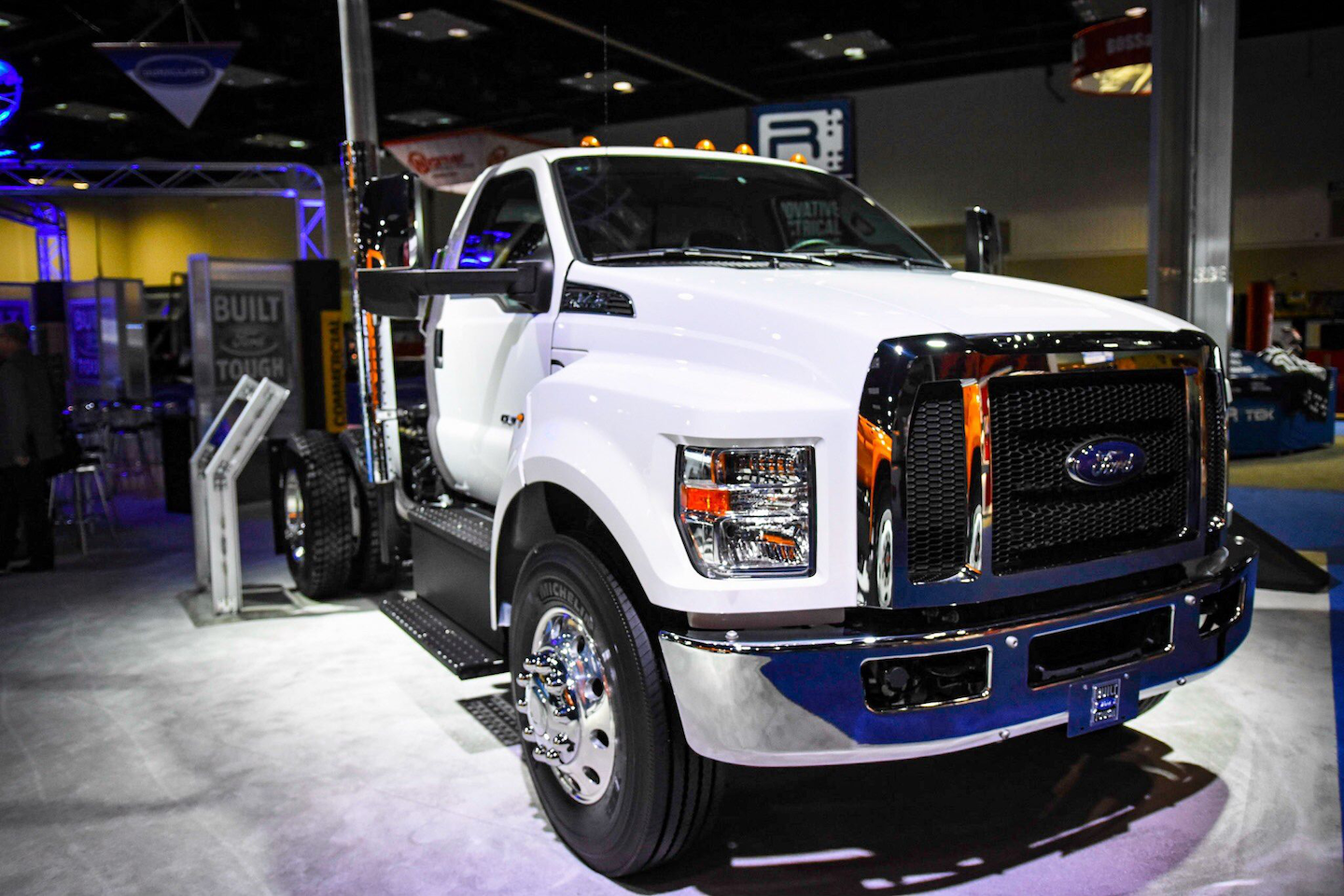 If there were a road to the moon, Ford says its F-650/750 trucks could survive the journey there and back without a major servicing thanks to its new 6.7-liter PowerStroke V8.

We talked a bit about this next-generation V8 with Ford’s unveiling of the new Super Duty chassis cab work trucks earlier this week. Beyond providing a power increase of 30 hp and 90 lb.-ft. of torque, Ford announced at the Work Truck Show in Indianapolis that this new engine is designed to travel up to 500,000 miles before needing a major servicing that involves removal of cylinder heads or dropping the oil pan to reach internal components.

Ford says this B10 design life estimate is the number of miles in operation before 10 percent of engines are expected to require such a servicing. The engine is backed by a five-year/250,000-mile limited warranty.