Vacuworx has made a big change to its lineup of vacuum lifting systems the company says will save its customers some serious change in return.

With its new H models, introduced at the World of Concrete show earlier this month, Vacuworx vacuum lifters now driven by hydraulic power rather than a separate diesel power source. “It’s tied directly into the hydraulics of the excavator,” says Vacuworx’s Randy Hayes. The change should generate an estimated $10,000 in fuel savings per year, Hayes said.

The change won’t cost customers anymore up front either, Hayes said, with no increase in price to the MC 5 and RC Series systems the H model is available for.

Here are the details on the new hydraulically driven MC 5H and RC Series H models:

Vacuworx also announced that it is bringing hydraulic power to its barrier lifter lineup with the new HL Series.

Unlike traditional methods of moving concrete road barriers, the Vacuworx system lifts and places barriers with a clamp like apparatus that eliminates the need for slings and chains while speeding up the process.

HL series lifters can accommodate barriers up to 30 feet long and 16,000 pounds and features elastomer grips for full surface contact as well as 360-degree rotation of the barrier. 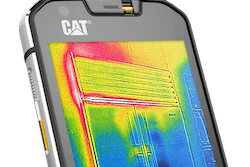 Caterpillar unveils the S60: the first phone with a built-in FLIR thermal camera is Cat’s most powerful yet 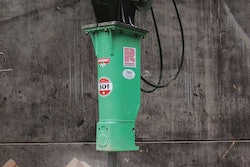 Montabert intros the 501 NG: a next generation breaker with 75% power boost 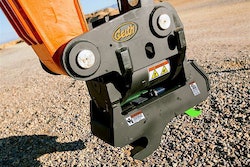