Love them or hate them for it, it turns out Ram was not satisfied in ceasing its exploration of new front end designs with the 2015 Rebel.

RELATED: PHOTOS: Trucks of every trim, tint and trade throng World of Concrete 2015

But unlike the Rebel, the Laramie Limited is chromed out. We’re talking serious bling with chrome accents running along the bottoms of the doors and tailgate as well as additional accents on the mirrors, door handles, window molding and side steps. Of course, the truck also features polished 20-inch aluminum wheels (also featuring big Ram nameplates) and for the full effect, you can spring for the optional package that includes chrome front and rear bumpers.

But Ram didn’t stop on the outside. As Ram president and CEO Bob Hegbloom noted, the Limited has “more features than select luxury sedans.” The interior is covered in black leather with a special French-stitched soft-touch leather adorning the center console. Black Argento wood accents run throughout the interior, including on the leather-wrapped and heated steering wheel.

The truck is equipped with a navigation system, remote start, backup camera, power adjustable pedals with memory, heated front and rear seats. The 1500 Limited features air suspension while the 2500 and 3500 Limited with the 6-foot, 4-inch bed include the RamBod.

You’ll be able to snag the Limited trim on single and dual-rear-wheel;Crew Cab and Mega Cab; four-wheel drive and two-wheel drive; and short- and long-wheelbase Ram models. 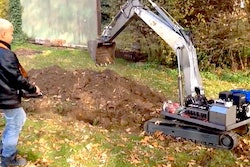 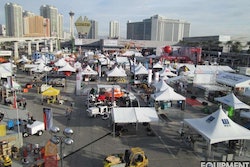 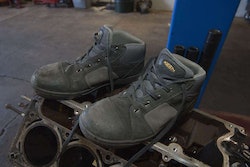