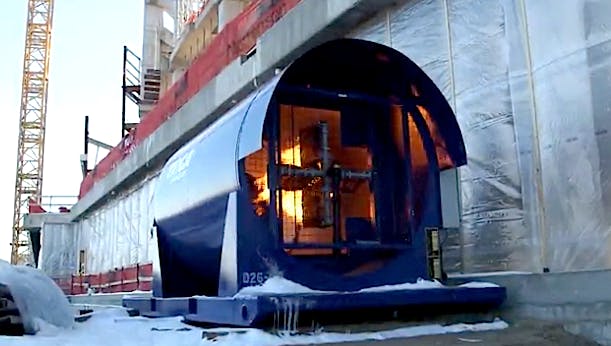 In this still from a Star-Tribune video, one of the massive heaters from the construction site of the new Minnesota Vikings football stadium is seen.

Temperatures in Minneapolis have dipped down into single digits with windchills reaching below zero in the last couple of weeks, but that hasn’t stopped work on the city’s new stadium for the NFL’s Minnesota Vikings, as the Star-Tribune reports.

Windchills have fallen 20 degrees below zero at times, temperatures that can quickly test the fortitude of the most hardened construction workers—no matter their acclimation to the Minnesota climate.

That’s especially true for the workers of lead contractor Mortenson Construction working at the stadium’s highest points where the wind whips the hardest. To cope with the frigid conditions, they obviously dress in copious layers, but the workers also told the paper that they make sure to eat more than they usually do. It’s basically the same principal as keeping a fire going in the cold wind: it needs plenty of fuel to burn.

Another tip, though you’d usually associate it with hot weather work, is drinking plenty of fluids.

Beyond that, the workers’ biggest help in staying warm on the jobsite has been two huge heaters on the ground level that spread heat through the stadium. The heaters burn $5,000 worth of propane each and every day of work and it’s the sole job of an eight-person staff to manage them.

There are also several shacks throughout the stadium workers can duck into to warm up and microwave a drink or a meal. Mortenson also hangs quite a bit of plastic sheeting around to shield crews from gusts of wind.

With all those methods in place, site foreman Mark Domzil said, “Anything below minus-5 is all the same.” However, that doesn’t mean they’ve thrown the thermometer out completely. If the temperature drops below minus-20, the jobsite shuts down. 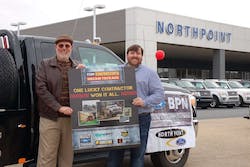 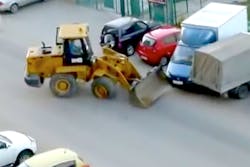 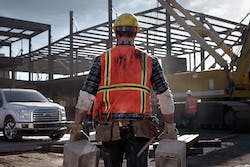 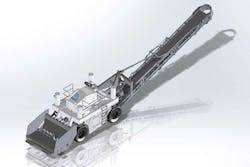