Ford’s F-150 Raptor 4×4 turned out to be such a success for the automaker that at one point it had to ramp up production by nearly 70 percent just to meet demand. Pretty impressive for a pickup with a base price of $44,000.

One of the unfortunate side effects of the 2015 F-150’s aluminum redesign however was the end of Raptor production. And though many feel Ford is taking only a temporary break from the Raptor, Hennessey Performance has stepped in with a supercharged package for the 2015 F-150 to give prospective buyers of the truck a bit of that muscle they’d normally be missing without the Raptor.

Over the past five years, Hennessey has been boosting the power of the Raptor itself in a popular package cleverly named VelociRaptor. The package boosted the truck’s 6.2-liter V8 from 411 horsepower to 600 and increased torque from 434 lb.-ft. to 622.

And even though they’re not working with a Raptor this time around with the 2015 model, Hennessey was still able to boost the 5.0L V8 in the aluminum F-150 to more than 600 hp thanks to a Roots-type supercharger with 8 psi of boost. The truck also features upgraded fuel injectors, a high-flow air induction system, a stainless-steel exhaust system, 33-inch BFGoodrich tires and 17-inch Hennessey wheels.

The bad news? Hennessey is only making 500 units and they start at $73,500. You can order at your local Ford dealer and just in case that price tag isn’t quite large enough for your taste, you can add a custom off-road coilover suspension, upgraded bumpers, a winch, Brembo brakes and, of course, an LED light bar.

Gotta say though, $73,000 is a pretty penny for an albeit ridiculous amount of horsepower with almost no upgrade to the truck’s off-roading capabilities— which is kinda what the Raptor name is known for. I can appreciate what Hennessey is doing here for those that want some of that Raptor power, but we’ll definitely look forward to when they’re able to tune actual Raptors once Ford (hopefully) starts production again.

But just in case you’re still on the fence over what all this extra power can do, watch the previous VelociRaptor smoke a stock Raptor in a drag race. Again, it has nothing to do with what the Raptor is supposed to be all about, but it’s almost worth it just to hear the thing start up. 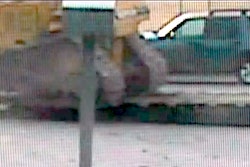 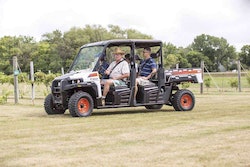 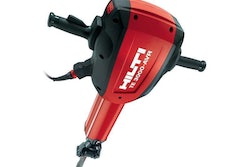 To reduce noise, NYC officials close to regulations to boost contractor use of electric jackhammers over pneumatic models