Looking for the ultimate off-road vehicle for the jobsite? Now you can buy a Humvee from the military

Today at 3 p.m. Eastern, the U.S. military will auction off decommissioned Humvees to the general public for the first time.

The live auction is taking place at IronPlanet’s GovPlanet.com site where bids will be taken on an initial lot of 25 of these surplus trucks. All of the Humvees will open at a bid of $10,000—not a bad price for a rugged piece of military history, especially considering a few of these trucks have less than 2,000 miles on their odometers and several have less than 5,000.

The trucks range in model year from 1987 to 1994 with 15 being built during the latter year. The Humvees were built by AM General, the company, according to the Army Times, responsible for manufacturing 300,000 Humvees for the military since 1985.

However, should you buy one of the trucks don’t expect any parts or support from AM General. The company opposes the U.S. State and Commerce departments’ decision within the last year or so to lift restrictions that before now prohibited auctioning Humvees to the public, Army Times reports.

The other catch to the auction is that the vehicles are only permitted for off-road use after the sale. A full list of restrictions can be seen here.

And if you miss out on today’s auction, don’t worry. A surplus of some 4,000 Humvees will be auctioned off a few at a time on a near-weekly, basis for the foreseeable future. 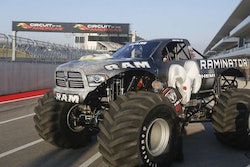 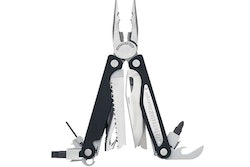 7th Day of Construction Gifts: Leatherman Charge ALX is a multi-tool that can cut through a seat belt 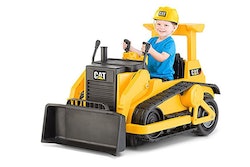