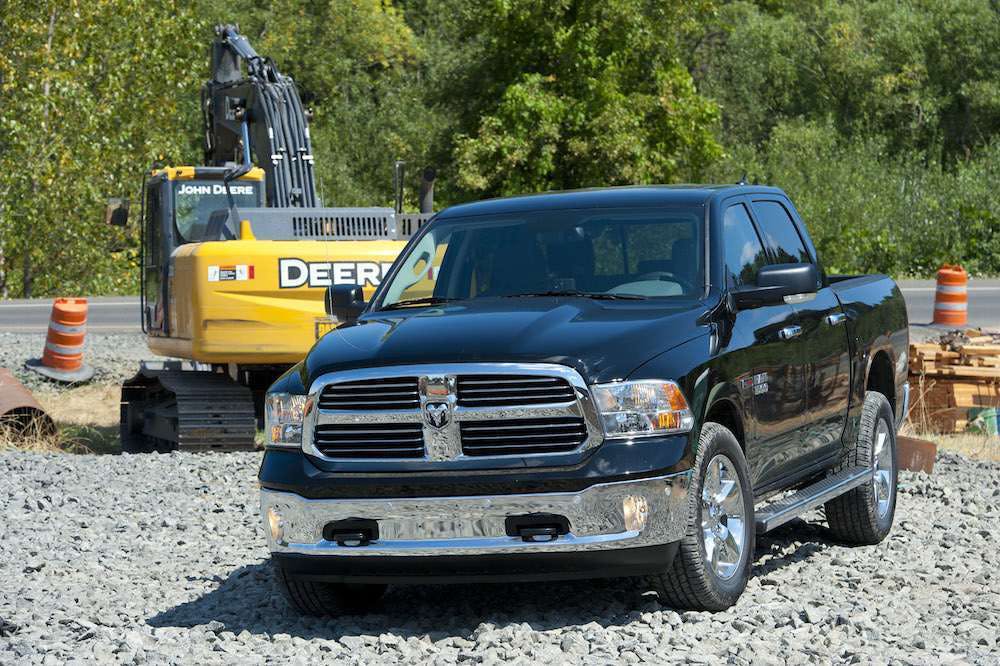 Slipping around a slow-moving motorhome on a moderate grade in Oregon’s Coast Range took little more than moving into the passing lane and rolling into the throttle. The Ram 1500’s engine did the rest in short order.

Despite towing a 4,000-pound enclosed trailer, the pass was made without any drama. 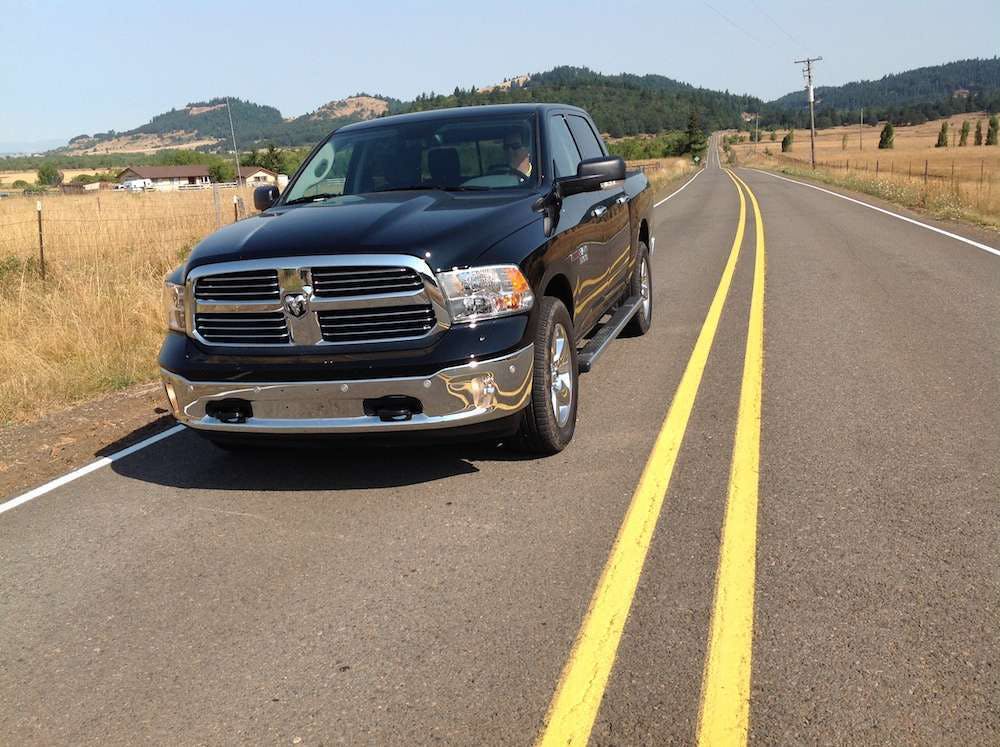 The 2014 EcoDiesel Ram 1500 is quiet and smooth on the road. Fuel economy is outstanding.

What’s so surprising about the first few hours of driving Ram’s newest diesel offering is how much it makes the Ram 1500 feel as if a small-block V-8 resides under the hood: The throttle response is quick; the low- to mid-range torque pull strong; and there’s a hint of a throaty exhaust note.

Then you take a glance at the fuel mileage displayed on the dash readout and see a number that’s at least a third better than the Hemi would be delivering. I regularly saw 28-plus mpg on the highway and low 20s around the city.

But the added coast of the diesel package is tempered by two big factors: 1) the V-6 diesel gets about 23-percent better fuel economy than the 5.7L (22mpg vs 17mpg combined, 27mpg vs 21mpg highway); and 2) the resale/trade-in value of a diesel traditionally brings several thousand dollars more than the gas V-8.

Even without the trade-in/resale factored, cutting annual fuel costs should bring the break-even point between the Hemi and EcoDiesel to less than 100,000 miles at current fuel prices.

Driving the EcoDiesel Crew Cab is really no different than that of any other Ram 1500. The interior is comfortable, the visibility good, and overall ergonomics well thought out. 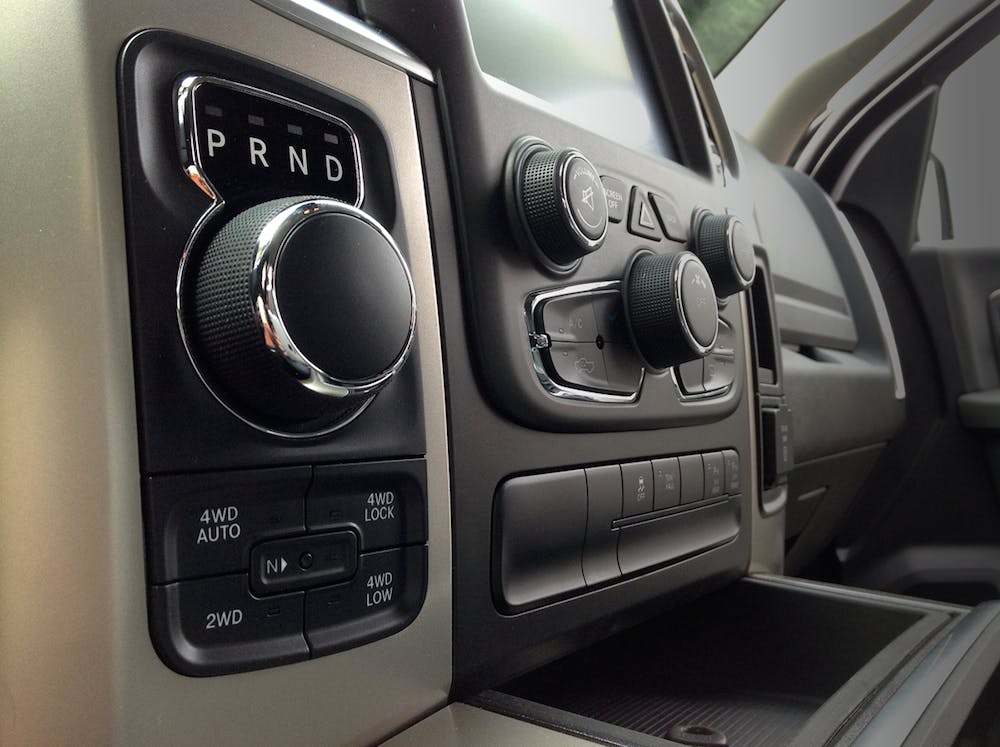 Shifting is done via a large dial knob, while selecting drive mode is done with push buttons below.

From the inside the clatter of the diesel is barely noticeable. From the outside it’s more obvious, but not overly loud. The quietness of the diesel engine made it easy to forget I was driving something new.

It did, however, take me a few days to get used to not having a shift lever on the column or center console. Designers, taking advantage of electronic shifting, did away with a conventional shift lever and replaced it with a shift dial. Reaching for that big knob on the left edge of the centerstack and rotating it so shift felt very odd at first.

Then the more I used it, the better I liked the idea of the dial-a-shift: It’s more convenient than a column shift lever and faster than a console-mounted shifter. Cute.

Switching between 2WD and the various 4WD modes still requires pushing one of the buttons located directly below the shift knob. I had to use four-wheel drive once when I ventured out onto fist-sized river rock at an access point to the McKenzie River. The thick layer of loose, rolling stones made traction dicey-and me thankful one of the options on the test truck was Ram’s 3.55 anti-spin rear diff. I highly recommend the $325 upgrade.

Another nice feature of the Crew Cab is the way Ram designed the level rear load floor. When you fold the rear seats up, the seat base has plastic panels on top that look like a folded–up box. The panels can be lifted up and the “base” folded up and forward to create a level load floor the length and width of the rear seating area.

Clever, these Ram engineers. Such cleverness and forward-thinking that has given me a great appreciation for the 2014 EcoDiesel Ram 1500.

I knew the 3.0L V-6 diesel would be a good mpg performer in Ram’s new ½-ton. I just didn’t think it’d be as good over all as it turned out to be. 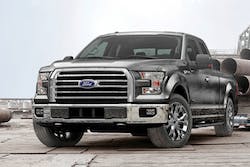 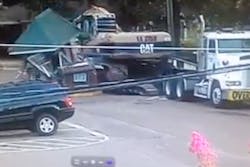 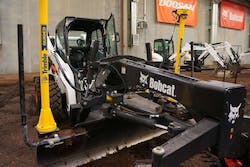 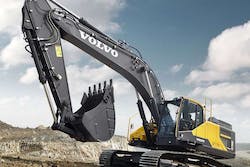