Just because Big Bertha is down for nearly a year, that doesn’t mean work around the world’s largest tunnel boring machine has come to a halt. And now thanks to a camera set up by the Washington State Department of Transportation, anyone can watch as that work progresses.

After completing one-tenth of the 1.7-mile State Route 99 tunnel, which will carry a double-deck highway and replace the SR 99 Alaskan Way Viaduct, Bertha went down near the end of January after its cutterhead openings became clogged with dirt causing the machine to overheat.

The overheating dealt damage to seals around the cutterhead and repairs will require digging a 12-story pit to access the machine before pulling the 630-ton cutterhead, drive axle and bearing to the surface in order to replace the bearing.

RELATED: Is Big Bertha too big?

According to an announcement from WSDOT, the environmental review for the pit and repair plan is complete and Seattle Tunnel Partners, the contractors leading the tunnel project, have begun the process of building the pit’s underground walls. You can view a live shot of the pit construction site and see a time-lapse of the progress so far by clicking here.

This week, crews are injecting grout into the ground above Bertha and construction of the pit walls will begin before the end of the month. Excavation of the pit is scheduled to begin in late July, ending in late September.

WSDOT installed the camera since construction of the pit will be hard to see in person due to a wall built to shield properties near the site from the noise.

The machine isn’t expected to resume digging until late March 2015.

The tunnel was originally scheduled to be completely drilled by the fall of 2014 and open to traffic by the end of 2015. With the delay, the tunnel could open by November 2016—the state’s completion deadline. 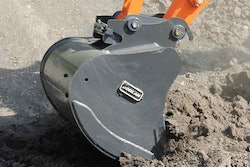 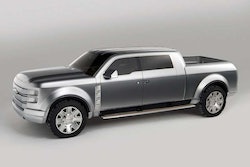 FUTURE PAST: 22 concept trucks we wish had been built (PHOTOS) 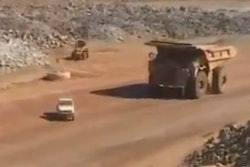