What are the prospects for the federal government passing a multi-year highway bill soon?

Oberhelman said budget deficits make it difficult to come up with the money for a multi-year bill.Noting that there is a discussion centered around using tax reform as a mechanism for funding highway infrastructure, Oberhelman said the difficulty of getting Congress to approve any substantial tax code revisions makes it unlikely that this solution will emerge this year.

The Caterpillar CEO did indicate some optimism for a highway bill. “I do think there is a chance for a highway bill to go through this year because everybody is aware of the fact that we are losing our competitiveness as a country,” he said.

When asked about public-private partnerships, Oberhelman said the United States is lagging the rest of the world in using these.

“I think there is a lot we could learn from other countries. There are a lot of tax ramifications there, a lot of policy ramifications. It takes a serious commitment and I am skeptical of that happening in this political environment as well,” he said.

“I think if we can get some momentum around the need to revive and refresh our infrastructure we will find a way to pay for it, but it’s going to be a hard pull. No question about it.” 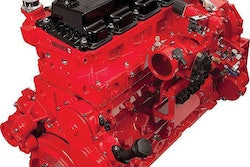 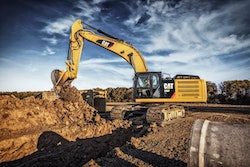 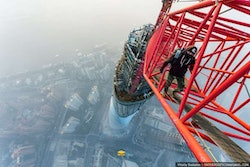