The 2015 Ford F-150 will get better mileage, but will higher price, insurance rates and repair costs offset fuel savings?

Last week, Ford unveiled the 2015 F-150. Beyond a new body design, the big news was that this would be the first full-size pickup with an aluminum body.

That’s a good thing because aluminum is much lighter than steel and Ford says the new F-150 shaves 700 pounds off the weight of the truck. That amounts to better performance in towing in hauling, but also better fuel economy, especially when paired with the new 2.7-liter EcoBoost V-6.

However, that aluminum body has potential downsides: namely cost and durability.

Complicating that statement though is aluminum’s higher price. Aluminum sheet costs $2.20 per pound while steel only costs 75 cents per pound, Automotive News reports. And analysts say you can roughly calculate the price premium of the new F-150 by figuring $2 extra per pound saved.

If those estimates are correct, the new F-150 should cost about $1,400 more than its predecessor. On top of that concern, Ford charges an extra $2,095 for adding the EcoBoost engine option on the current F-150. That means if you plan on getting the most fuel economy out of the F-150 as possible with the new 2.7-liter EcoBoost, you could be paying an extra $3,500 to do so.

But lets say the fuel economy is worth that kind of upgrade to you. Another worry over the 2015 F-150’s cost of ownership is insurance rates. Insurance companies see the material as more of a liability, reports Bloomberg, and Ford expects rates on the new F-150 to be about 10 percent higher than its predecessor. Ford has said it isn’t worried about this rate increase because the current F-150 is about 10 percent cheaper to insure than competing trucks. But if you already drive an F-150, you probably aren’t too excited about paying more for your next truck.

Compounding matters, Bloomberg reports “less than 10 percent of the more than 30,000 independent repair shops in the U.S. are certified and meet training and equipment requirements to work with most aluminum auto-body parts.” And independent shops handle the “vast majority” of collision work for U.S. drivers.

Another worry for repair shops is aluminum’s “poor memory.” That means that while steel is pretty good at popping back to how it was molded, Jeff Poole, a coordinator for collision repair training organization I-CAR told Bloomberg that aluminum “resists straightening attempts.”

None of these numbers are finalized yet, but it sounds like when the new F-150 hits dealerships later this year, customers will have a lot to think about before grabbing the keys. 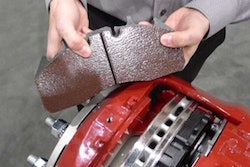 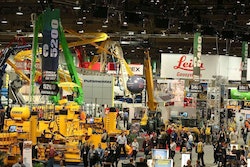 World of Concrete 2014 coverage has concluded from Las Vegas. Check here for the roundup 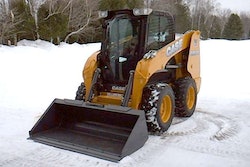