Of course, torque and horsepower and towing capacity are all extremely important things to consider when purchasing a new pickup. But, as illustrated with the current demand and buzz around diesel engines, fuel efficiency has worked its way into the conversation as well.

So the folks over at Truck Trend have done a pretty swell thing for truck owners looking to get a little more bang for their buck at the tank by putting together a top 10 list of the most fuel-efficient trucks on the market.

The list was calculated by ranking the combined fuel economy of each truck which is the average of those trucks’ city and highway miles per gallon rating.

With an impressive 23 MPG combined, the midsize 2013 Toyota Tacoma I-4 2WD Manual, pictured above, topped the list. Don’t expect too much when it comes to power or performance though. This pickup is best suited for cruising and the occasional payload as it only boasts 159 horsepower and 180 lb-ft of torque.

Checking in at no. 2 on the list was another midsize pickup, the 2013 Nissan Frontier I-4 2WD Manual. Again, don’t expect much power as it’s a four-cylinder with only 152 hp and 171 lb-ft of torque.

But for those that are looking for the fuel economy of a midsize pickup with the power of a full-size, the no. 3 2013 Ram 1500 HFE boasts 352 hp and a combined fuel economy rating of 21 MPG. Not too shabby.

Truck Trend even looks at some trucks that haven’t hit the market yet such as the 2014 Ram 1500 EcoDiesel and the 2014 Chevrolet Silverado.

Be sure to click here to read the full article. 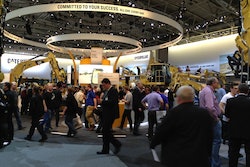 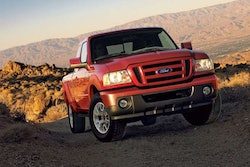