Back in February, we gave you an in-depth look at John Deere’s new 644K wheel loader and the electric hybrid technology that powers it. And recently, RJS Construction was handed the keys to the first two units off the assembly line.

The Superior, Wisconsin company took ownership of the first two 644Ks at an event at Deere’s Davenport, Iowa plant, according to a report from the Duluth News Tribune.

RJS  told the paper that it will begin using the machines later this year in its sand pits and in a road and culvert project. John Deere’s marketing manager for wheel loaders John Chesterman said that the company will be monitoring how the two loaders perform.

Lance Lindahl, a vice president at RJS told the paper that he first saw the loaders at a trade show in Las Vegas in 2011 and that the company knew then it wanted the first two available. “Efficiency is the big ticket for us,” he said. 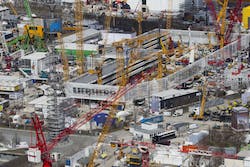 Ritchie Bros. lists 5 things to look for at Bauma 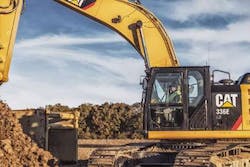 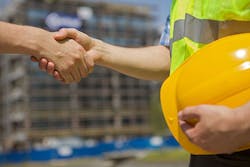 Why you need an equipment dealer 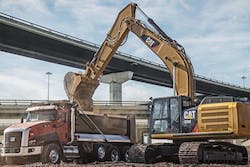 TONIGHT: Join our live chat with Caterpillar on the 336E H hybrid excavator