The Savannah Morning News on Sunday called JCB’s retooling a “resounding success”  noting that JCB’s Pooler plant — located near Savannah–is now at full skid steer production capacity. The facility has rebounded from the recession, when it laid off more than 200 people. 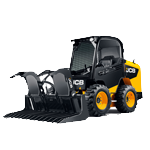 The newspaper reports the company is producing 25 machines a day, four times what it was doing a year ago. CEO John Patterson says response to the line is “beyond our expectations. The units are selling faster than we can build them.”  This statement was  echoed Volvo Construction Equipment, which buys its skid steers from JCB. Volvo’s President and  CEO  Pat Olney said at the Intermat construction equipment trade show last month his company’s agreement with JCB has “been even better than we expected.”

We’re hearing a number of manufacturers are now going to third shifts. But a lot of what has been driving U.S. manufacturing boosts to date has been global and rental demand, not increased work loads from a core customer, the U.S. contractor.

Let me know what you’ve seen, or post a comment below. Is work finally picking up in your area?