Congress will begin reconciling Senate and House highway reauthorization bills this week that contain significantly increased funding for a loan program that’s criticized as providing credit for too many public-private toll projects.

On May 8, conferees from both chambers will have start meetings to begin the compromise process between House and Senate proposals for a multi-year surface transportation funding bill.

Last month, administration officials said national demand for program assistance has been “overwhelming.” Since its creation in 1998, $9.1billion in TIFIA loans have been made to 26 projects.

While TIFIA has enjoyed bipartisan support, it has its critics.

The Owner-Operator Independent Driver Association has said TIFIA is increasingly used to support public-private toll roads.  U.S. Public Interest Research Groups criticized House and Senate bills for the funding hike and including language it said will eliminate criteria to ensure the most deserving projects are selected.

The federation of state PIRGs had particularly harsh words for the House bill, which would eliminate a provision ensuring tax payers get paid back first when private projects face bankruptcy.

“…Coupled with new provisions in the House bill to add tolls on federal highways, the likely result would be a spate of publicly subsidized private toll roads and few TIFIA funds directed to anything else,” PIRG stated Jan. 31.

Sixteen of the program’s 21 current credit agreements for projects listed the primary revenue to repay the loan as user charges, such as tolls, according to TIFIA portfolio FHWA issued last month.

In 2003, SBX became the first private road developer to receive a program loan, but filed for bankruptcy in 2010. The move was necessary because of economic downturn and financial claims by the contractor against the project, TIFIA said.

In December 2011, the San Diego Association of Governments bought the lease to operate the toll road. The association said it would lower tolls, an action possible because it has goals different than the previous facility operators which had been private, for-profit entities.

The 2003 program loan was $140 million. Under the bankruptcy plan, TIFIA’s secured claim is $99 million, $93 million of which is debt or the new loan amount. The rest is equity, FHWA said. 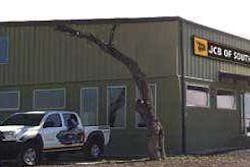 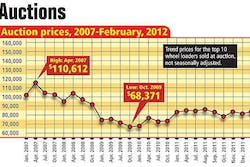 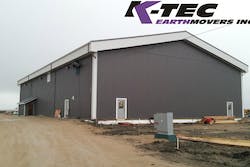 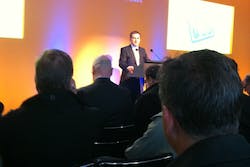